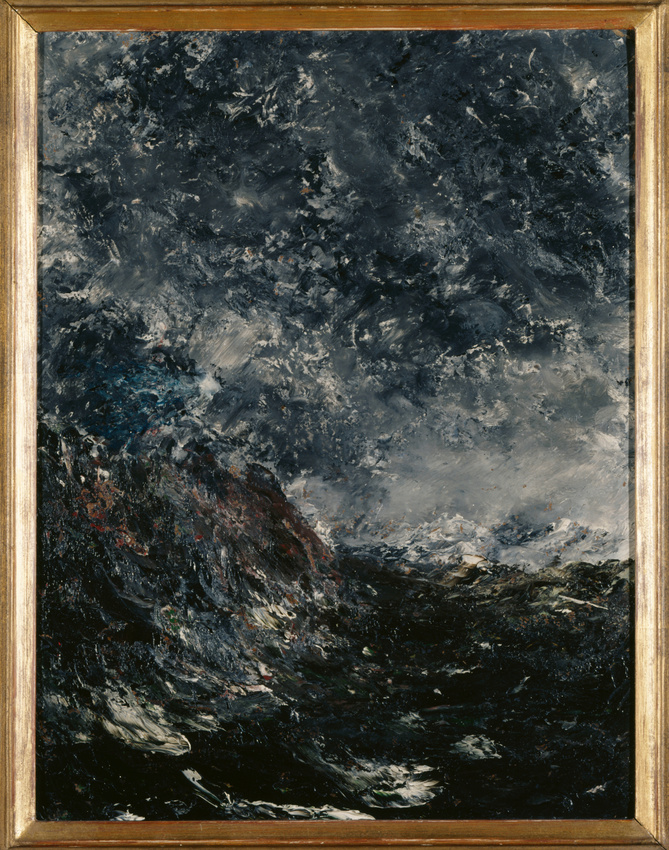 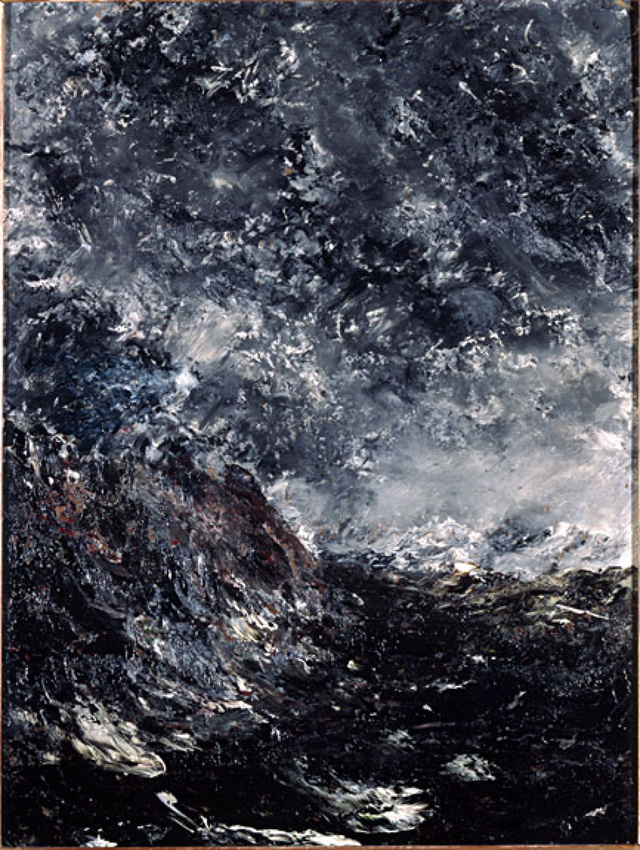 Completed in Paris, where Strindberg moved to in 1894 at the invitation of the painter and dealer Willy Gretor, this landscape was part of a series produced for an exhibition that never took place. A person of dubious activities, and an art forger, Gretor's ambition was to make Strindberg famous as a painter in France, as the writer's paintings had already been exhibited in Stockholm in 1892.
Apart from the probable influence of Turner, Strindberg here expresses a philosophy that sees the cosmos as one single force, where the elements – earth, water and fire –share the same nature. Strindberg himself recognised the symbolic value of his landscapes. However, apart from a meaning "that everyone can understand, although sometimes with difficulty" he affirms that they all contain an "esoteric" dimension, "reserved just for the painter and for the chosen few ".
In the essay he wrote in French "Des arts nouveaux ! or Le hasard dans la production artistique" ("The New Arts! or The Role of Chance in Artistic Creation") that appeared in La revue des revues on 15 November 1894, the artist recounts how he would assign meaning afterwards to the chaos of his work. One can change the significance given to shapes, he wrote not without humour, according to one's mood or the moment. Strindberg takes inspiration from wild forces, like the wind, which produce indeterminate forms in nature, by leaving room for chance, and responding to his aesthetic programme: "to imitate nature's method of creation".