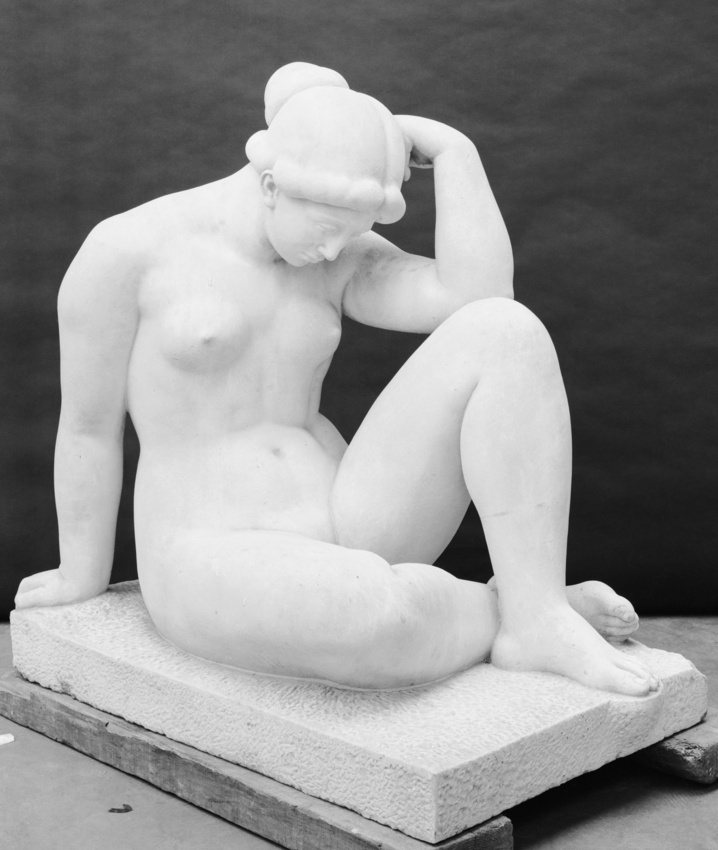 In 1905, when this statue was exhibited at the Salon d'Automne under the title Woman, it caused a stir. The writer André Gide wrote: "She is beautiful and meaningless." The title of Mediterranean was given later.
The statue was commissioned by Count Harry Kessler, a German and Maillol's patron after 1904, for whom Maillol also created The Cyclist and Desire. The original limestone statue is in Switzerland. The Musée d'Orsay has two versions of it: the bronze is a recent cast while the marble is a copy made during the artist's lifetime.
The statue's beauty lies in its simplicity. Maillol's approach was the opposite of general practice at the time, which was still influenced by Rodin. No excessive emotion, no straining muscles. The face is blank, the limbs are well rounded and the skin is smootH. Maillol modified his statue until he achieved the ideal composition. The figure is a set of interlocking triangles, folded in on itself as if in thought. Only a hand and a foot extend beyond the frame. In the second version, here in marble, we can see how Maillol has evolved in relation to the earlier bronze version. This simplification of sculpture after 1900 is referred to as the "return to order".