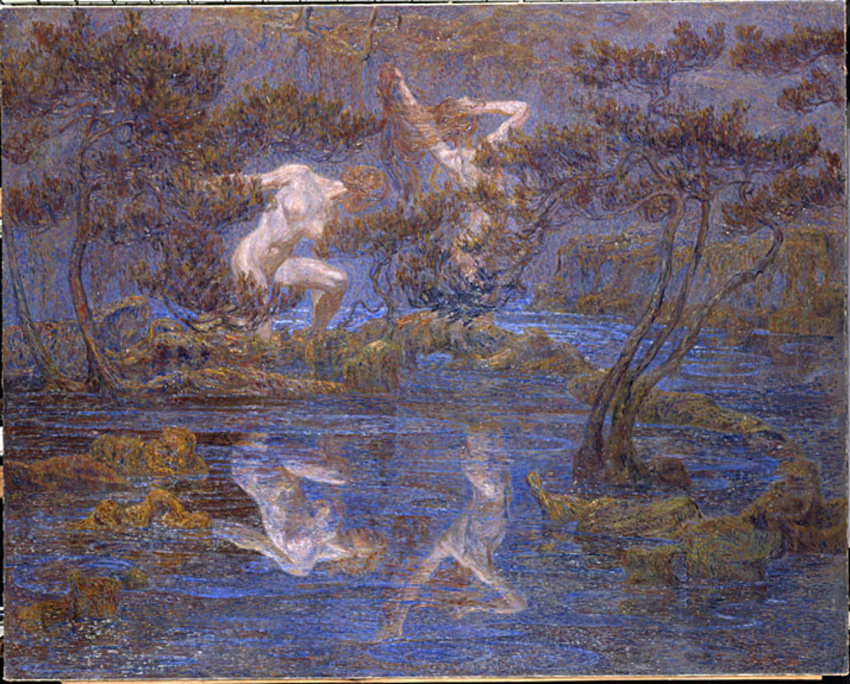 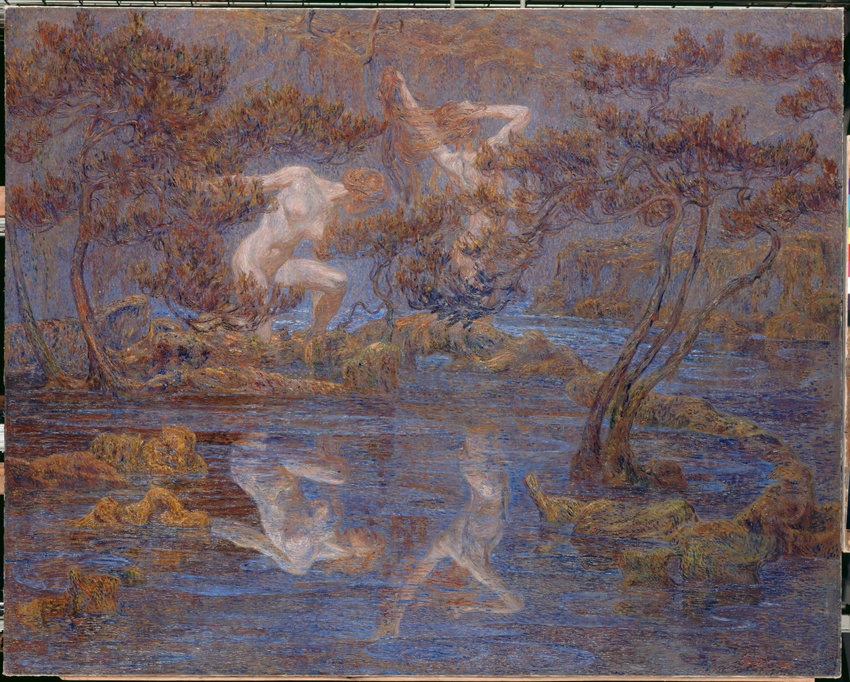 This monumental work is without doubt part of the magnum opus of the Swedish painter Johan Axel Gustav Acke and a beautiful example of that union of arts which was so sought after around 1900. It is also a significant milestone in the artistic development of the Scandinavian nationalist movement.
The painting was started in September 1894 when Acke spent some time in a colony of artists on an island of the Stockholm archipelago. A few months later, the artist decided to make an imposing frame with a sculpted decoration harmonising with the theme of the painting. In fact, the painted aquatic and forest elements and the carved branches of conifers full of soaring birds offer a hymn to the natural world in Scandinavia. During 1895, the work was altered: from a mural painting, it was changed into a vast screen to be placed in the centre of a room. The reverse side was then designed with five narrow panels representing a ballet of nixes - water nymphs in Germanic legend - each carrying a translucent basin.
The theme of the Water Mirror is based on the osmosis between the naked human body and nature. Unlike in previous works, it did not just celebrate naturist practices of which the artist was an avid follower. Here the two female bodies do not simply indulge in water games and sports but seem to be racing at great speed. Could this then have an allegorical meaning, referring to Sweden's coming to the aid of Finland when it was oppressed by Tsarist Russia? This hypothesis could be confirmed by the fact that Acke went back to this painting ten years after having finished it, accentuating its luminosity in tones of deep cobalt blue, just before sending it to the international Exhibition in St Petersburg in 1908.