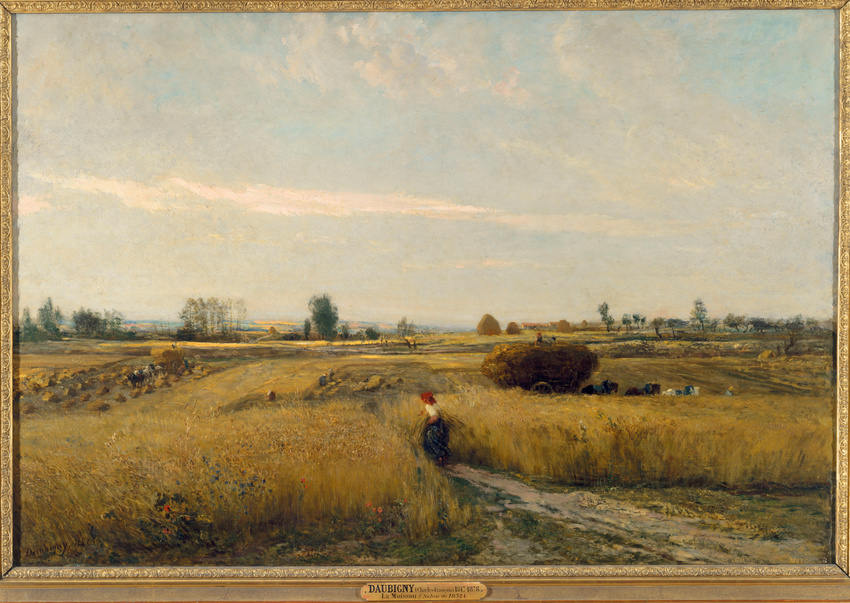 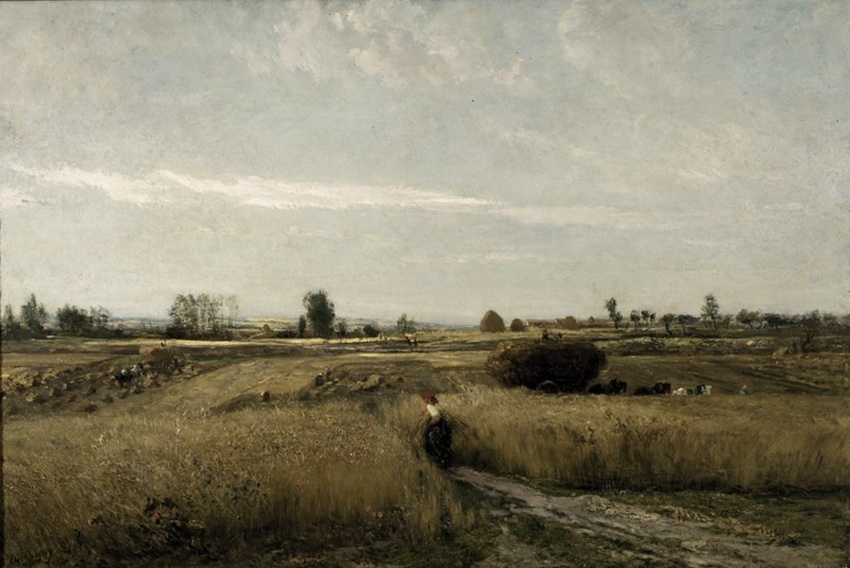 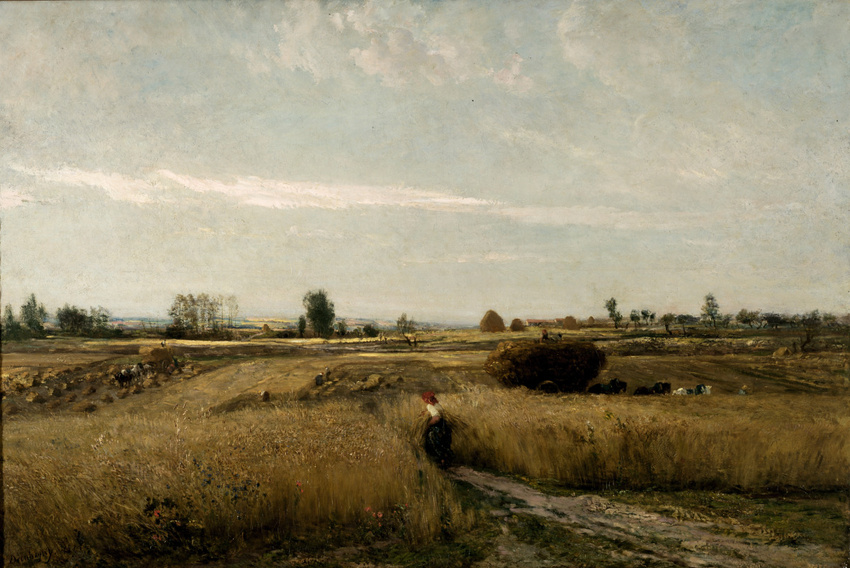 From 1843, attracted by Plein Air painting, Daubigny frequently used to stay at Barbizon. This large, light painting – a long way from the dark tones of Rousseau, Millet and Diaz from the same period – with its wide, open horizon under a luminous sky and its use of juxtaposed pure colours, heralds the Plein Air works of the Impressionists.
Attracting much attention at the 1852 Salon, this painting was the artist's first great success. The Goncourt brothers devoted a long commentary to it: "A pink band of light cuts across the full width of the sky. Thick brushstrokes, smudged with blue, mark out the chopped stalks of the young crops. The whole of the countryside is marked out in blue squares like a chessboard. Men doubled over, reaping, women hurrying along the narrow paths and people stooking sheaves of corn and loading carts, all this activity is picturesquely grouped around a golden blaze. In the centre of this, the artist has used a brush without paint to highlight a furrow here and there, making them glint in the light. [...]. The harvest has never been better interpreted [...] and this painting by Mr. Daubigny is a masterpiece, in spite of the lack of attention to the background". Many critics would later criticise the Impressionists for the "sketch-like" appearance of their paintings.
The monumental dimensions of this painting indicate that it was worked on in a studio. However, Daubigny remains one of the first to try to capture the ephemeral by using light tones and rapid brushstrokes, making him one of the great masters of the modern landscape, admired by artists such as Van Gogh.