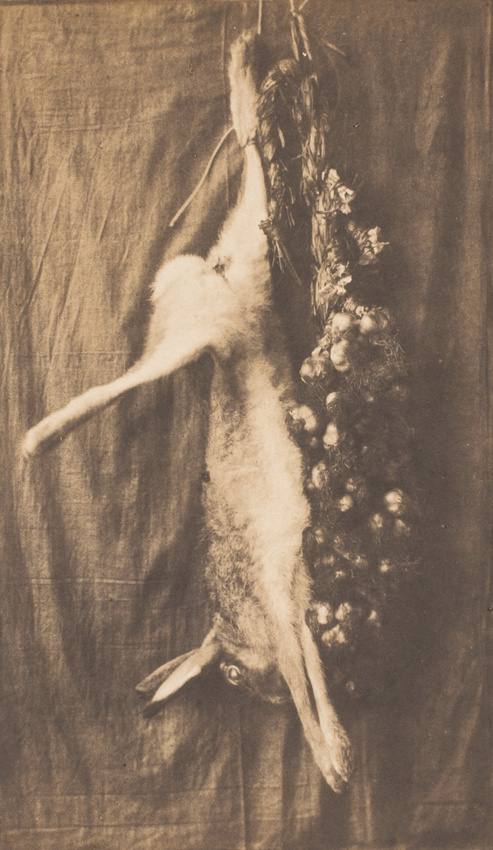 Eugène Cuvelier's father, Adalbert Cuvelier (1812-1871), himself an amateur photographer, set out in an article in the magazine La Lumière the qualities needed to make a good photographer. In his opinion, a photographer must have a feeling for painting, effect and composition and if possible be guided by a great painter.
Eugène obviously put these precepts into practice, first in his landscapes, which incidentally were highly appreciated by Jean-François Millet, and then in his still lifes, very few of which have survived. In the late 1850s, he was still using the paper negative process developed two decades earlier and by then considered obsolete. But this technique is light and convenient and gives a pictorial effect because the image bleeds into the fibres of the paper.
This dead hare flanked by a string of garlic, a silent, intense composition, conjures up Chardin's numerous paintings on the subject. A meditative study of exemplary sobriety, Cuvelier's Dead Hare with Garlic invites contemplation.