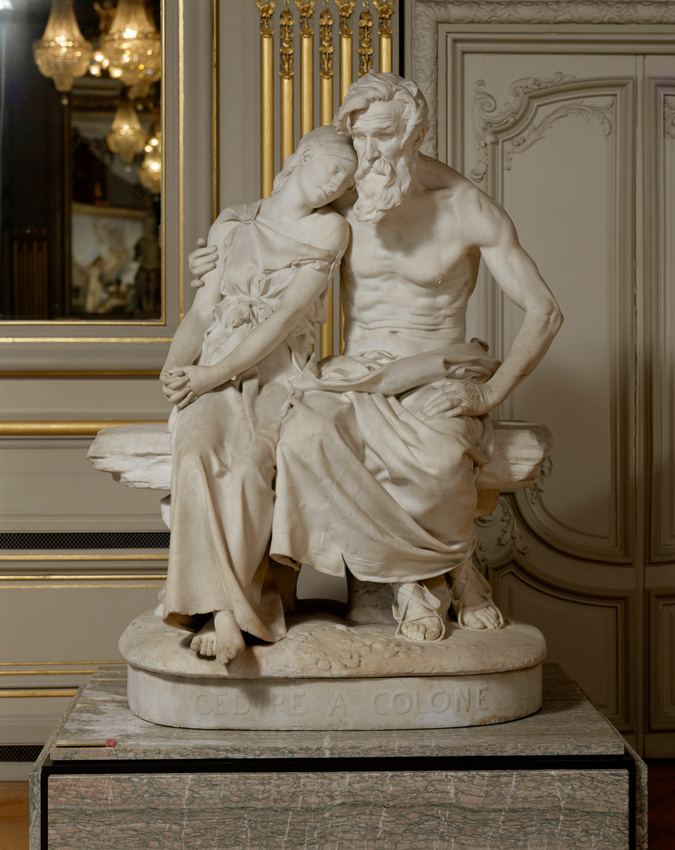 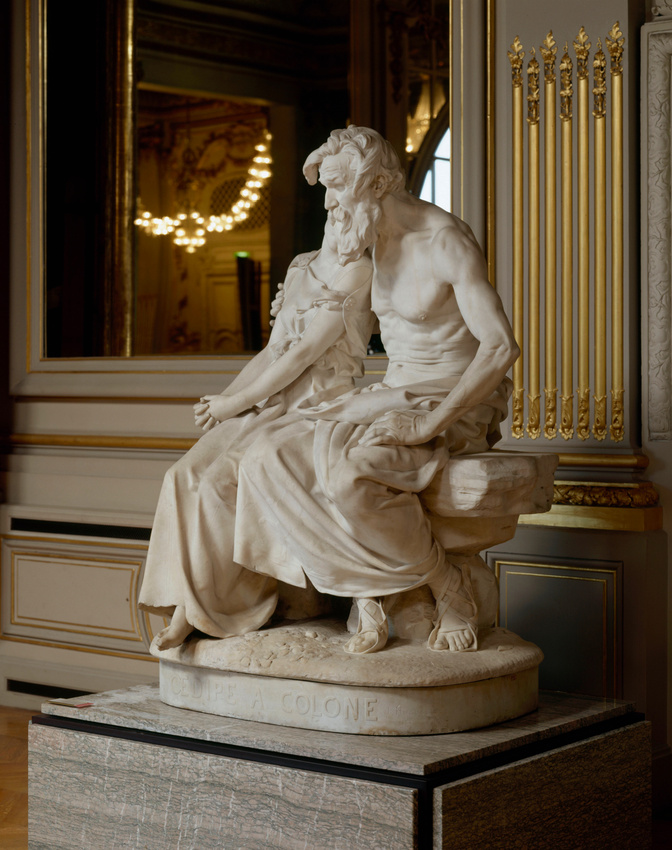 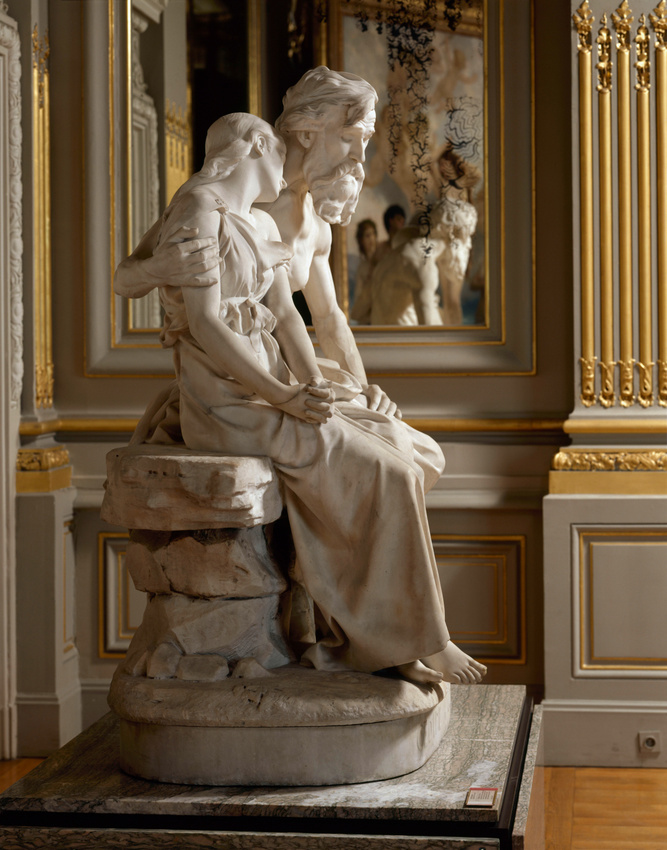 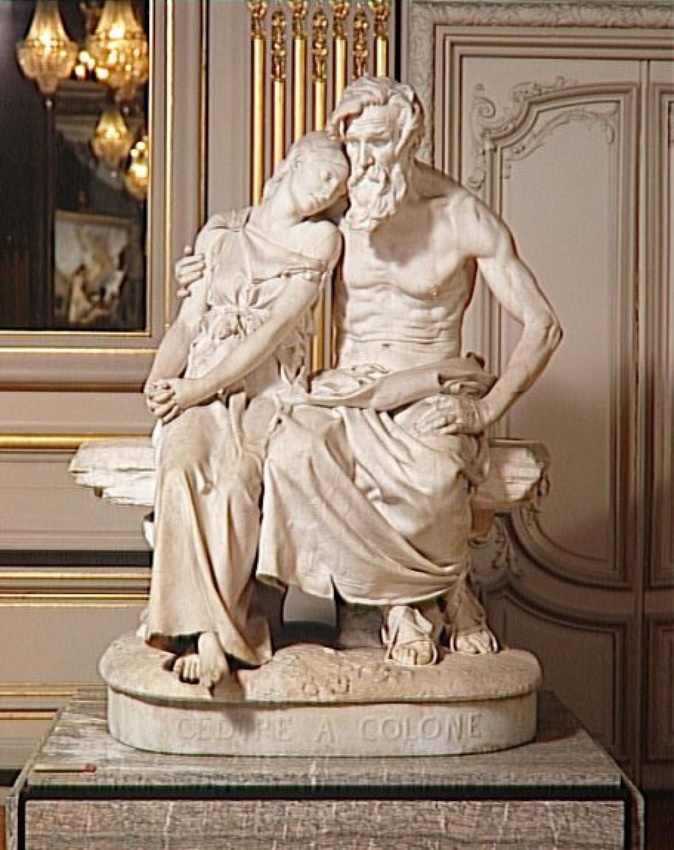 A sculptor using the academic repertoire, Hugues, like all the traditional artists of his generation, gleefully explored the human body. Oedipus belongs to that register but also has its place among the major subjects taken from ancient history. It is an excuse for a display of anatomy, but above all is almost a literal quotation from Sophocles:
"Here we are under the olive trees of Colonos, in the first scene of the tragedy.
- Set me on a rock, said Oedipus, and look after your blind father.
- I have fulfilled that duty for so long, Antigone replied sadly, that I no longer need to be told".
To persuade her father there was no bitterness in these words, the girl sits close to him and lays her head gently against his shoulder. Oedipus puts his arm around Antigone, who gazes at the blind man with an adorable expression of tender sadness.
Playing on the contrast between Oedipus, whose skin is wrinkled with age, and Antigone, the statue is placed midway between a graceful female nude and an athletic composition, focusing on the expression of suffering and resignation. The extreme verism of the torso discomfited the critics who reproached Hugues with being more interested in truth than style.
As the plaster model was exhibited at the Salon of 1882, the State commissioned the marble version from the artist for the national museums.