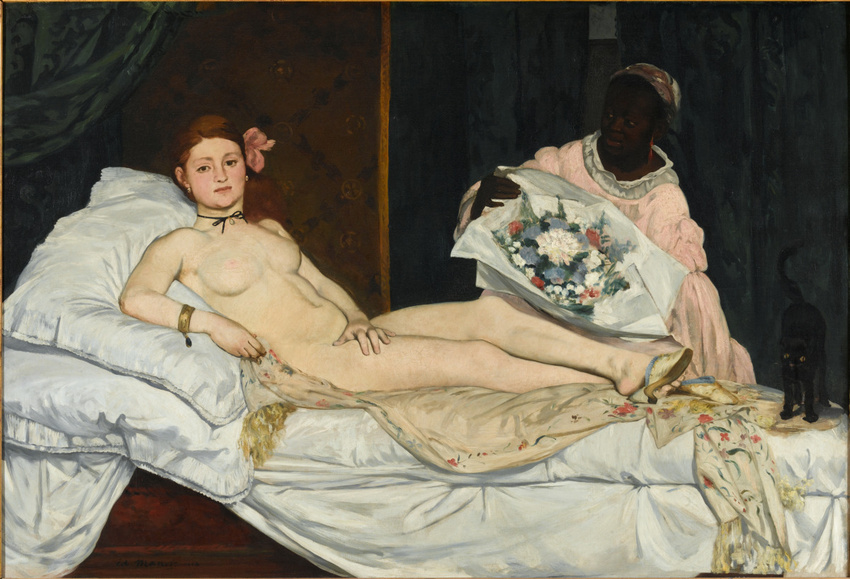 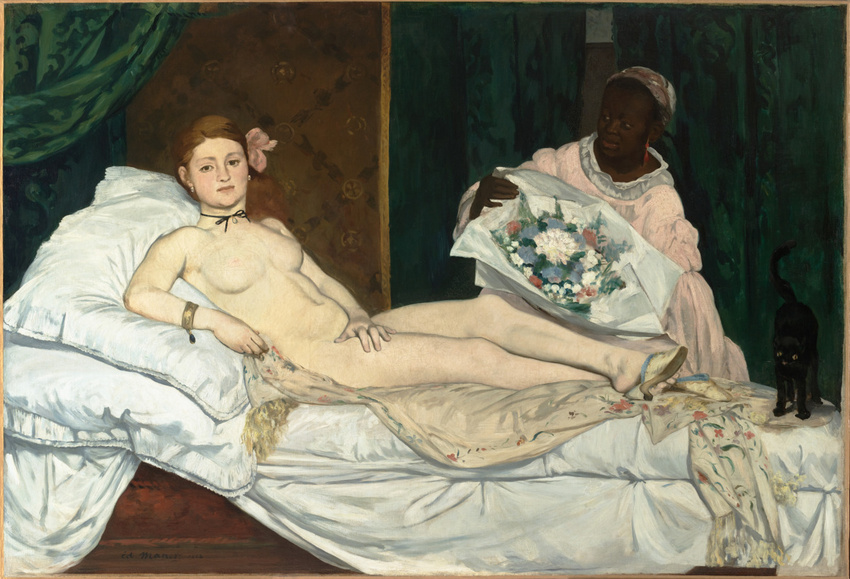 With Olympia, Manet reworked the traditional theme of the female nude, using a strong, uncompromising technique. Both the subject matter and its depiction explain the scandal caused by this painting at the 1865 Salon. Even though Manet quoted numerous formal and iconographic references, such as Titian's Venus of Urbino, Goya's Maja desnuda, and the theme of the odalisque with her black slave, already handled by Ingres among others, the picture portrays the cold and prosaic reality of a truly contemporary subject.
Venus has become a prostitute, challenging the viewer with her calculating look. This profanation of the idealized nude, the very foundation of academic tradition, provoked a violent reaction. Critics attacked the "yellow-bellied odalisque" whose modernity was nevertheless defended by a small group of Manet's contemporaries with Zola at their head.