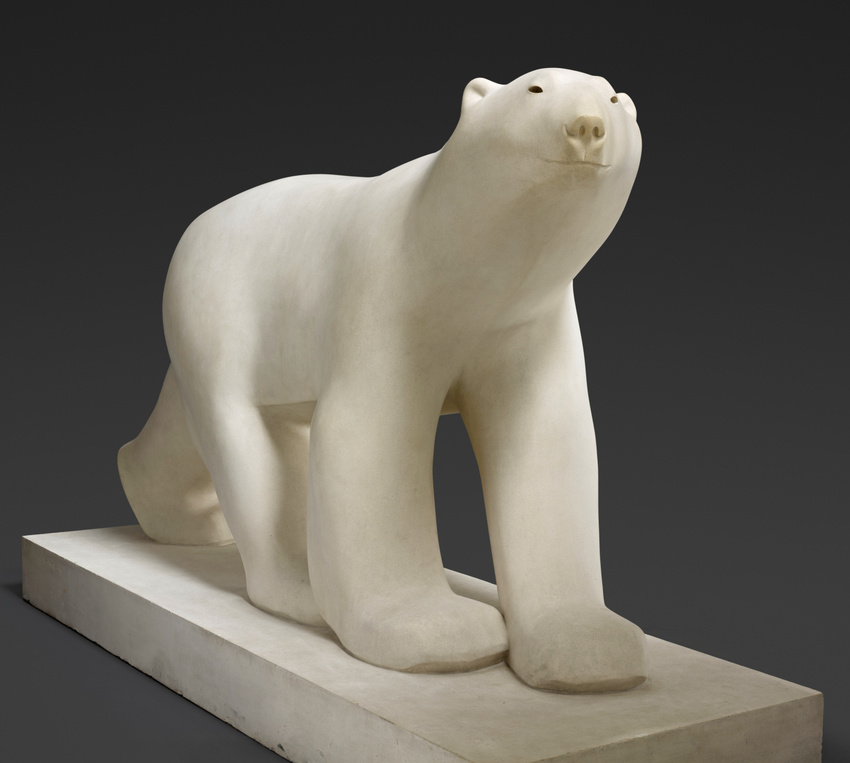 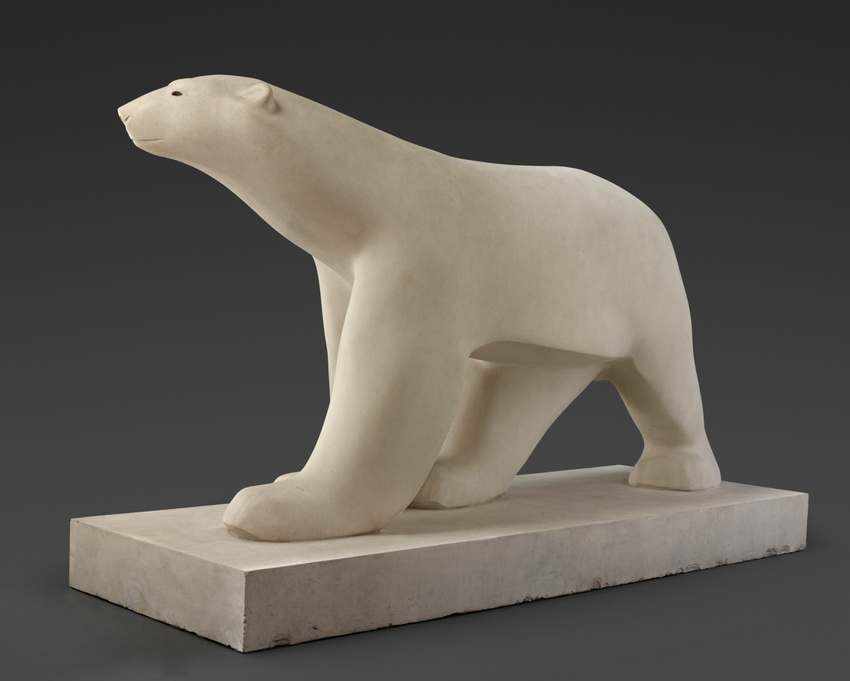 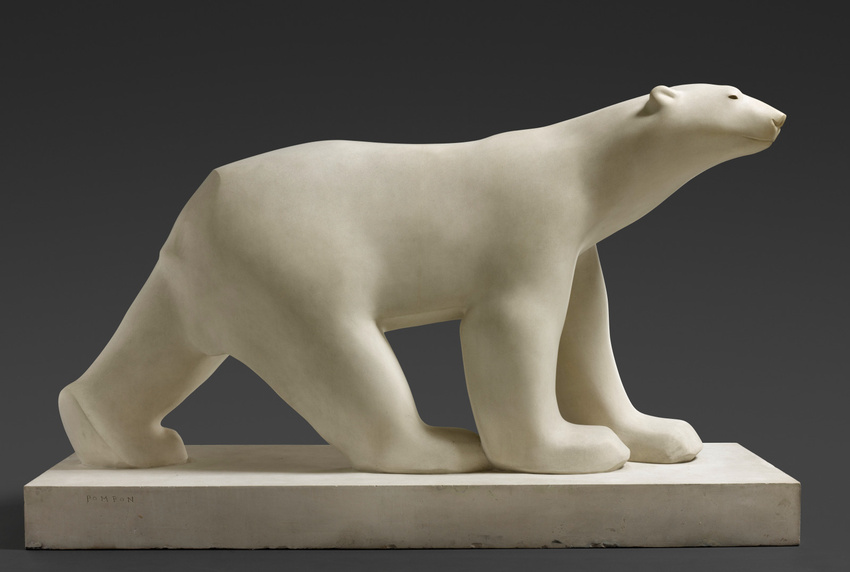 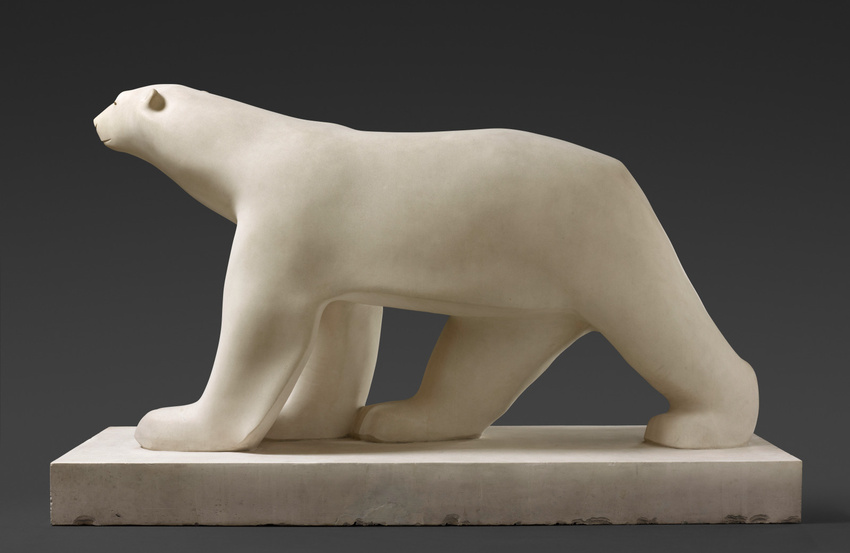 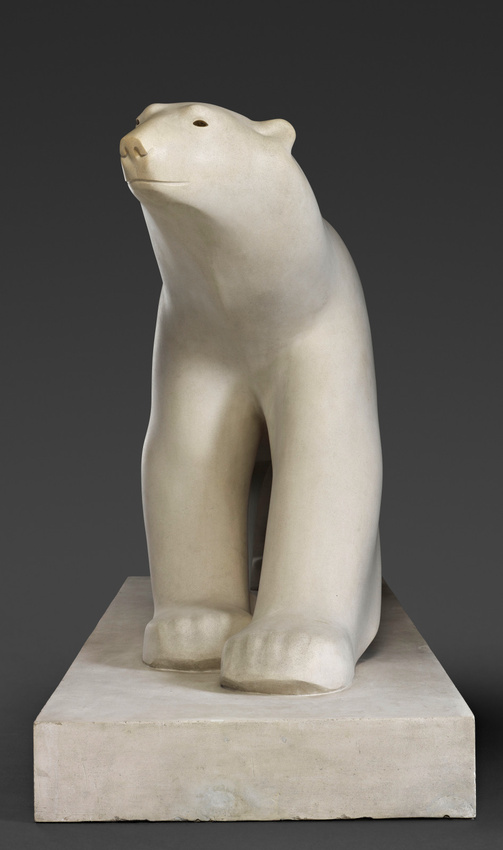 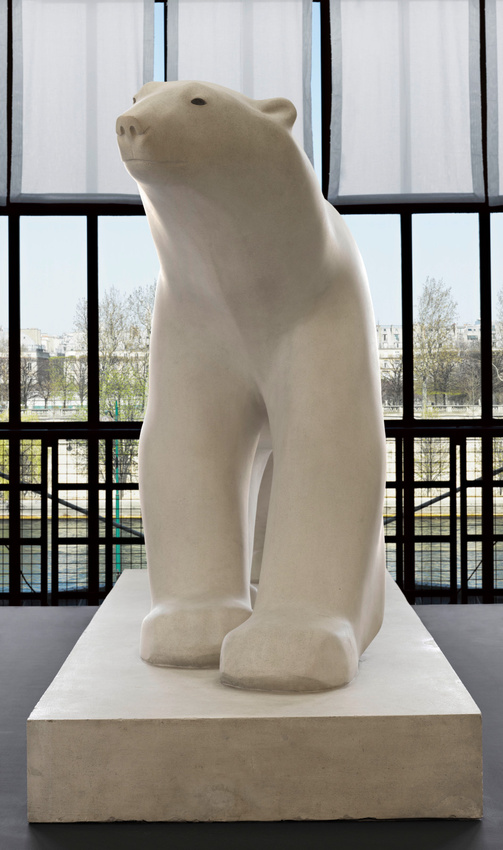 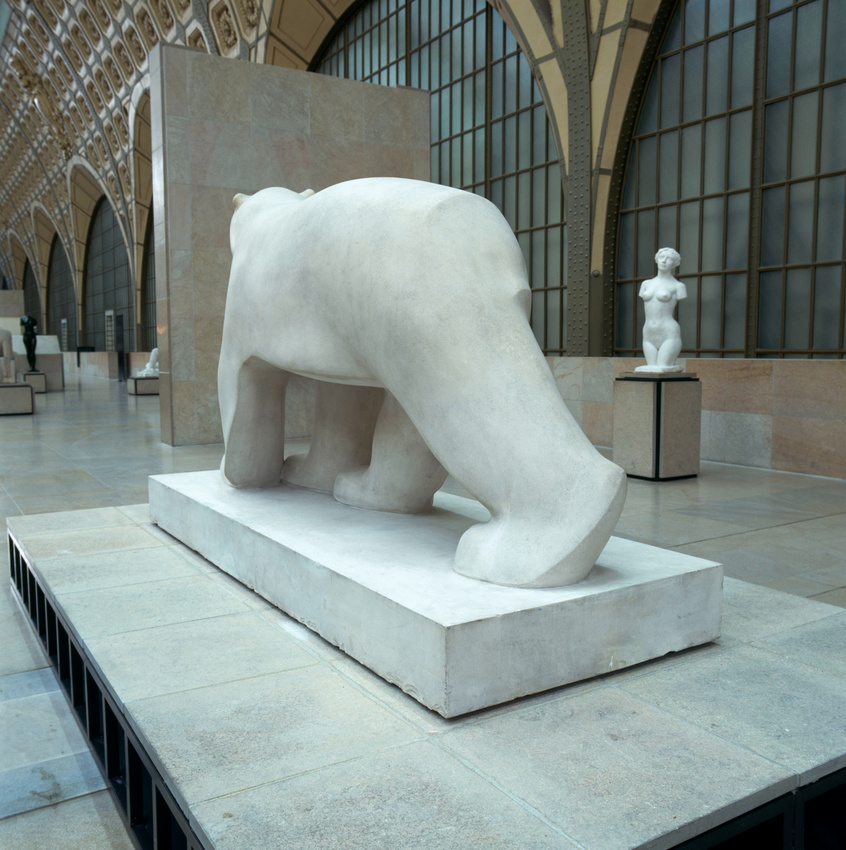 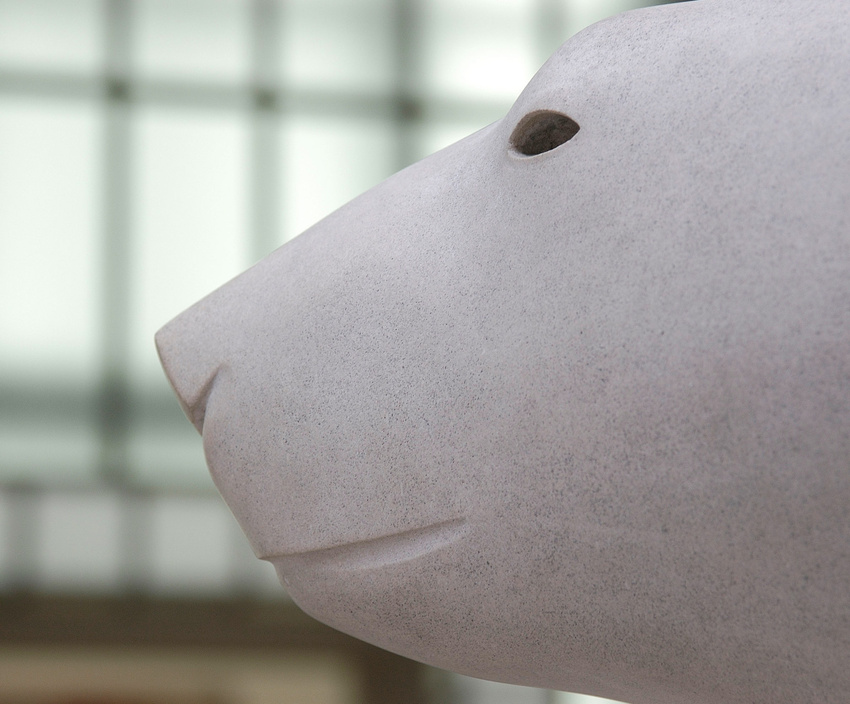 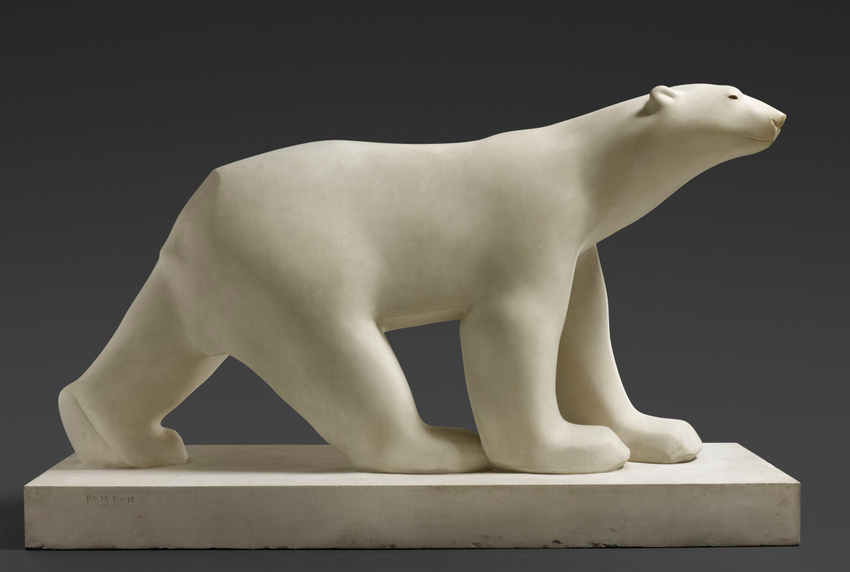 For many years, Pompon was one of the most sought-after assistants in Paris, hewing blocks of marble for Auguste Rodin and Camille Claudel. But after 1905, in reaction to Rodin's expressionism, Pompon abandoned the human figure and turned to the animals that he observed at the Jardin des Plantes. Polar Bear is the finest achievement in this vein; when it was exhibited at the Salon d'Automne in 1922, it brought the artist tardy recognition, at the age of sixty-seven.
Stripping away the trappings and details, he abandoned any realistic rendering and focused on "the very essence of the animal". This economy of means gives the work a presence which draws its true force from its monumental scale. Far from the anecdotal, it reveals a search for timelessness and permanence: under the silent outer appearance of fullness, the smooth sculpture nurtures an aspiration to universal form. "I keep a large number of details that will later go" said Pompon. "I first do the animal with almost all its trappings. Then I gradually eliminate them..." Colette was struck by the "thick, mute" paws of his animals.
Pompon's sculptures are characterised by an intuitive understanding, rounded forms, a refusal of geometrical shapes, and a taste for traditional materials. "I love sculpture without holes or shadows" he used to say, preferring pale stone with nothing to stop the smooth flow of light over the volumes.
Rodin had taught him mastery of profiles, and the rendering of movement incorporating several gestures to concentrate its power. Pompon belongs to a classical tradition of sculpture which can be traced from Aristide Maillol to Constantin Brancusi. In the panorama of sculpture between 1900 and 1914, he found an alternative to Cubist deconstruction.