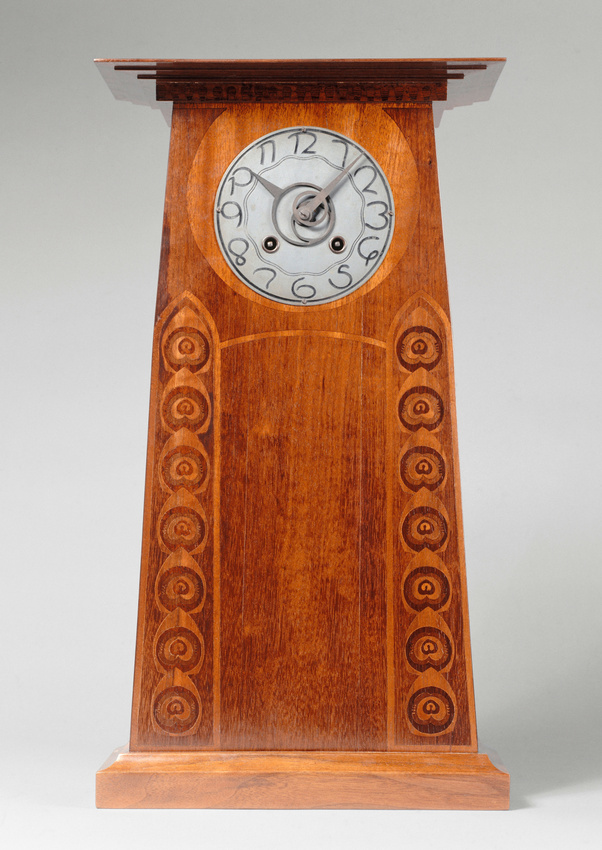 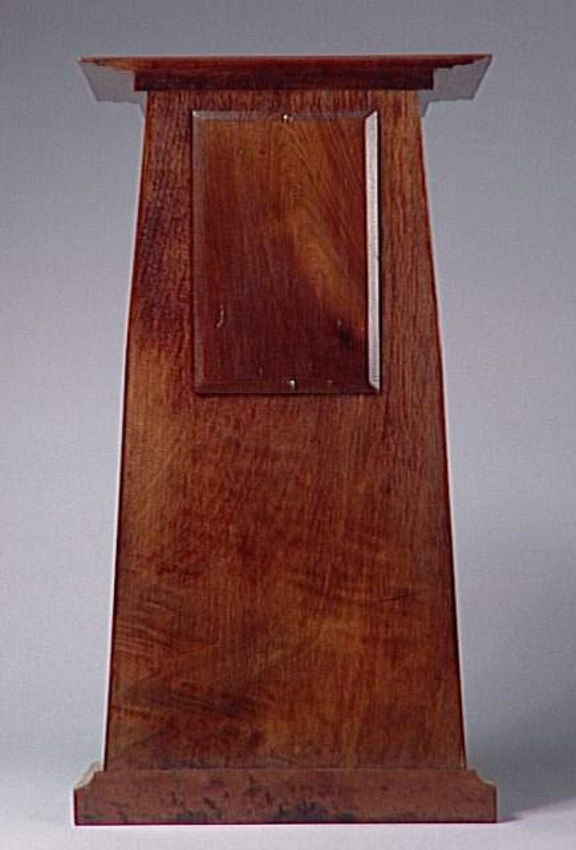 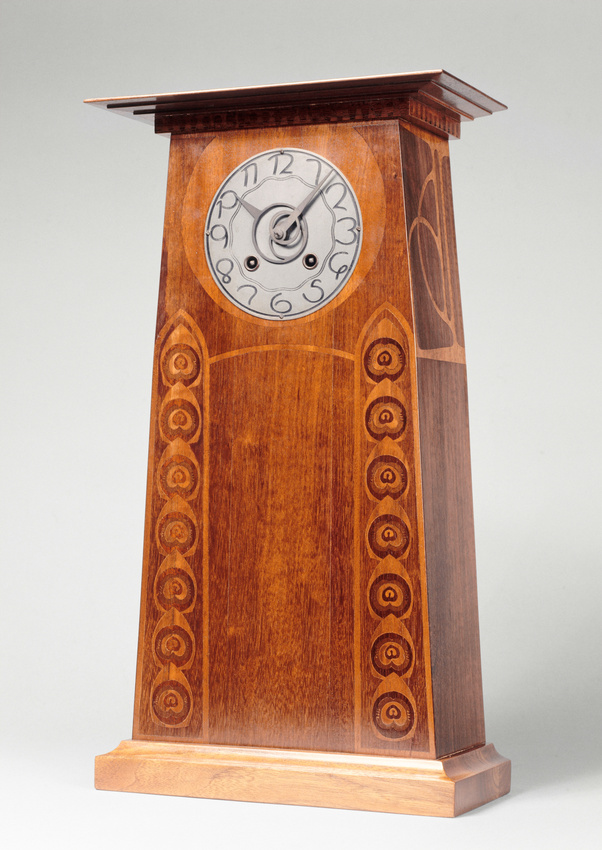 The name Ferdinand Morawe, about whom very little is known, appeared from time to time in the magazines of the time, as a creator of small pieces of furniture and jewellery. He produced this clock, executed by the Vereinigte Werkstätten für Kunst im Handwerk (United workshops for art in handicraft). One is immediately captivated by the refinement and elegance of its shape, by its decoration and its perfect unity.
The flat, rigorously geometric surfaces are animated by a balanced interplay of the circular rhythms of the marquetry motifs, the design of the face, the hands and numbers of the clock. Without wishing to belittle on Morawe's talent, all these qualities owe much to the creations of the Viennese architect Joseph Maria Olbrich (1867-1908). Olbrich, summoned to Darmstadt in 1899 by the Grand Duke of Hesse to run the famous colony of artists there, played a crucial role in the development of forms during the Art Nouveau period.
This clock is an excellent example of this beneficial influence: like a small monument, restrained and solid, it revealed, as the 20th century dawned, a latent neo-Classicism which would burst forth in the following decade not only in Germany, but throughout the whole of Europe.