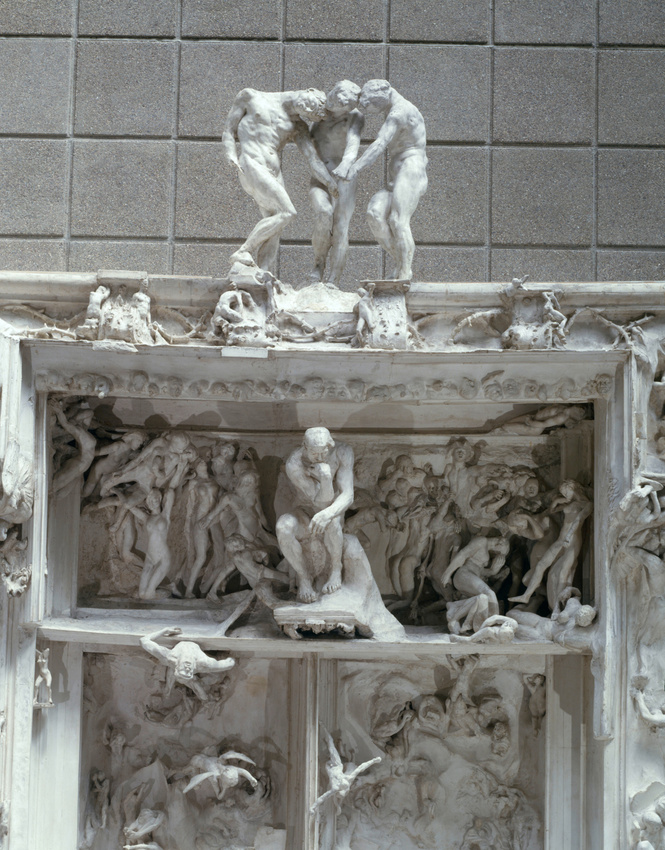 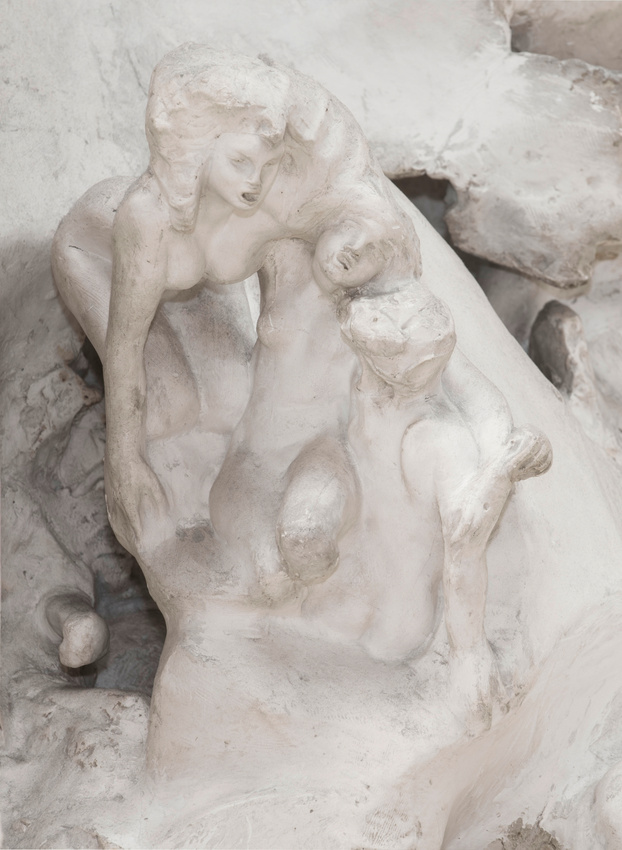 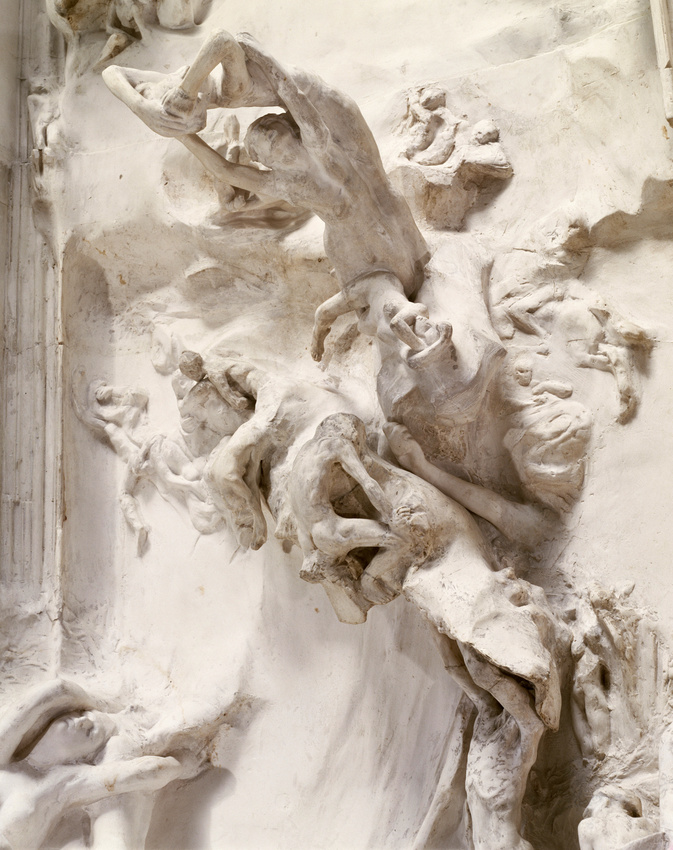 In the nineteenth century, the old audit office stood on the site of the Orsay railway station. After its destruction by fire in 1871, during the Commune, there were plans to replace it with a museum of the decorative arts. In 1888, the State commissioned Rodin to design monumental doors for the entrance to the museum. They were to be decorated with eleven low reliefs representing Dante's Divine Comedy. Rodin took his inspiration from the famous doors that Ghiberti had made for the baptistery in Florence in the fifteenth century.
Three years later, he was satisfied with his initial model, but the plans for the museum were abandoned. The discarded doors became a creative reservoir for Rodin, providing many groups of figures which were finally detached from the whole, such as The Thinker and The Kiss. The Gates of Hell, which only a few privileged critics had been allowed to see, then took on symbolic value: of Rodin's boundless creative genius for some, of his inability to finish anything, for others. It was not exhibited until the Great Exhibition of 1900 and even then in an unfinished state.
At the top, the group of the three Shades is, in fact, in an extremely modern approach, the triple repetition of the same figure with one arm missing. On the pier, The Thinker (Dante himself) is on the brink of the abyss. On the right-hand panel we can see Ugolino. On the left, Paolo and Francesca are among the tumbling bodies. Everything emerges from seething lava. The convulsed attitudes convey despair, grief and malediction. The forms invade the structure to the extent of sometimes replacing the architectural elements.
A symbolist work by excellence, leaving the imagination free to roam, the high relief releases the vehemence and expressive power of the human body in an indeterminate space, destabilised by the play of light and shade. The plaster model in the Musée d'Orsay dates from 1917. The Gates of Hell finally stand on the site for which they were commissioned although of course they do not function as doors.