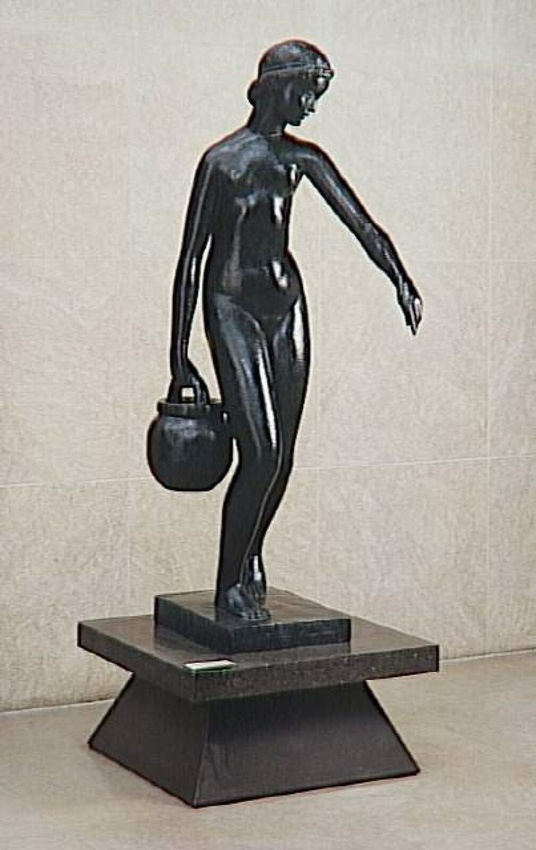 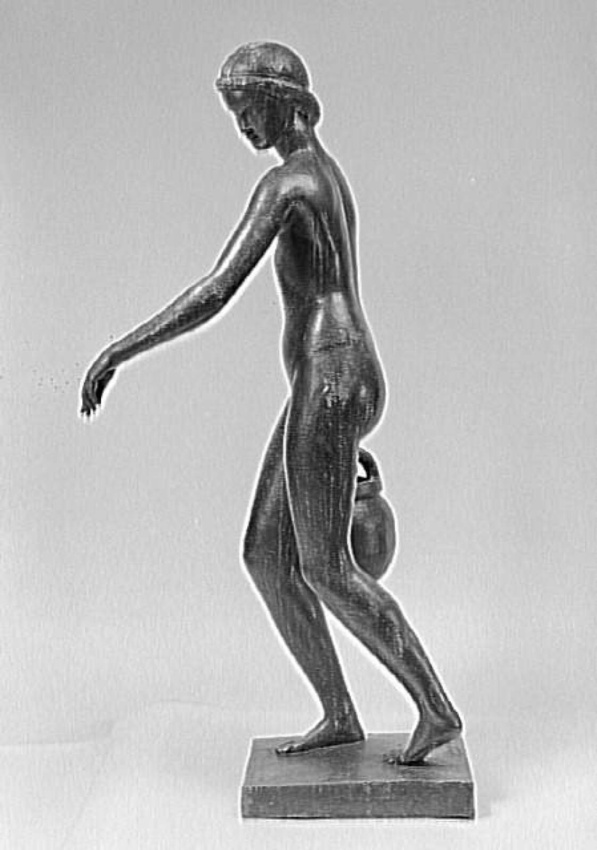 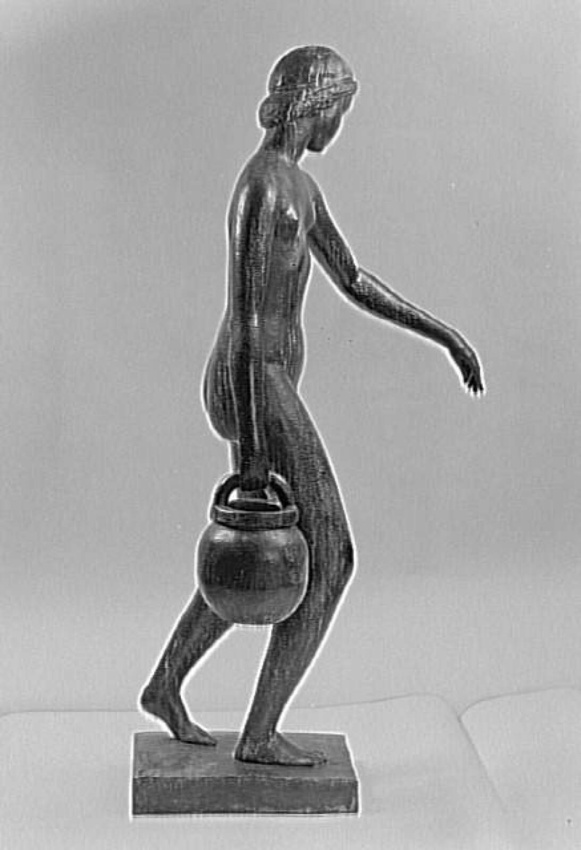 In the early 20th century, Bernard produced several detached statues that seem utterly simple. They are large female nudes made from stone, marble or bronze. The light slides easily over their smooth, well polished surfaces. Their pure silhouettes and deceptively gauche grace are achieved through a studied search for equilibrium. Bernard strove for perfect balance even when his figures were caught in motion as if in a snapshot. Here the girl's left arm and her head turned to the left counterbalance the weight of the jug in her right hand.
In an initial version dated 1905-1907, the left arm is straight, whereas in this second version in 1910, which was cast in bronze some time before 1914, it is bent. The girl's pigeon-toed stance and bent knees give an impression of instability, but the centre of gravity is in the right leg thrust forward.
A number of torsos executed after this statue, even without heads, arms and legs, all have the same rhythm and grace.