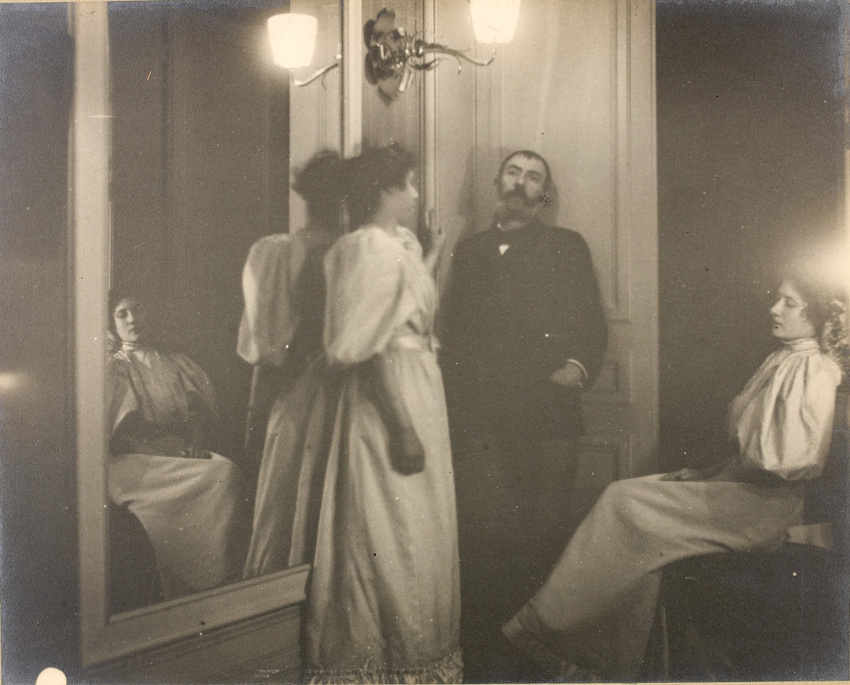 The modernity of Degas's painted and sculpted work can also be found in his photographs as, from 1895 onwards, he started practising this technique for a brief but intense period. Friends of his, undergoing his gruelling posing sessions, remarked on the stage director-like manner with which he paid meticulous and tyrannical attention to every detail.
This photograph taken at the Lerolles family home, is far from being a mere family portrait. The characters resemble somnambulists and the full-length mirror accentuates an unreal sense of space. Perhaps Degas playfully plunges the onlooker into the world of symbolism, a world in which most of the artists attending the early 1890s salons of the painter Henry Lerolle - such as Mallarmé, Debussy and Maurice Denis - belonged.