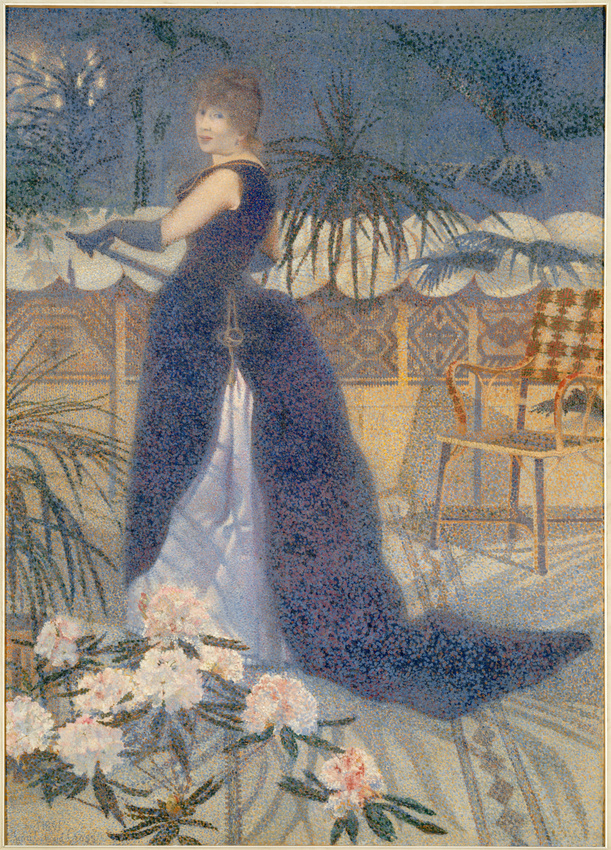 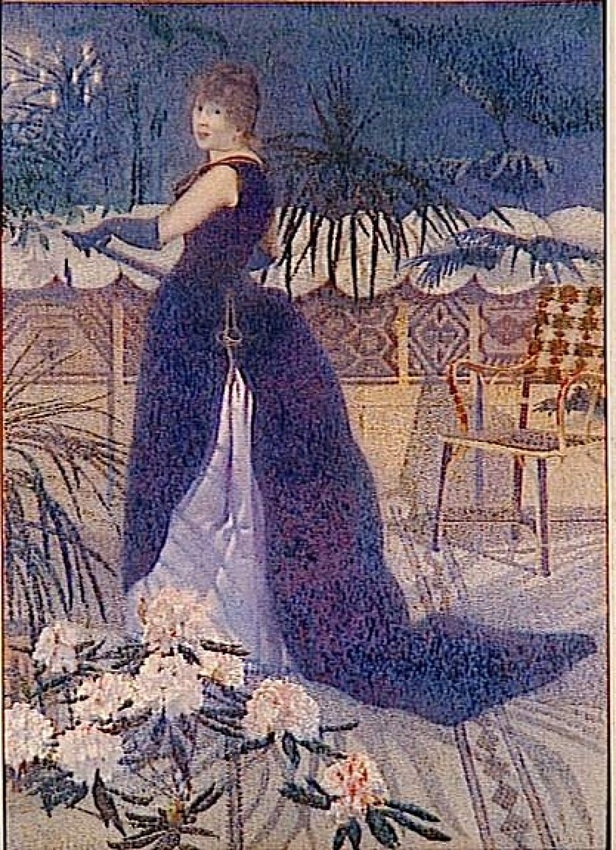 With this large, full-length portrait of Irma Clare, who was then married to the writer Hector France, and the future wife of the painter, Cross moved definitively into the Neo-Impressionist clan. He slowly became imbued with the theories of the group, through contact with Signac, Angrand and Van Rysselberghe. From his conversations with Seurat, he recalled that "the colours of objects change their design". The technique of separate brushstrokes is here combined further with a good eye for decorative arrangements.
The model is part of a geometric composition with balanced light and shaded areas. The light of a summer's night is evoked through the twinkling of the lamps. A rhododendron in the foreground further accentuates the effect of depth, already emphasised by the chair placed at an angle. This floral, decorative element is taken from Japanese prints, highly regarded by the post-Impressionist artists. The geometric shapes on the floor create space on the terrace. A diagonal, formed by the handle of the long, folded fan, adds to this impression of depth introduced by the floor tiles.
Behind Irma Clare, four horizontal planes can be distinguished: the screen, divided into two bands – a solid, lower part and an upper part, punctuated by geometric motifs – the frieze of white, Japanese fans, and the green foliage of the plants emerging from the dark blue background. Finally, the harmony of yellows, blues and pinks gives this portrait of Irma Clair a feeling of peaceful hieratism. With great subtlety, Cross develops "Chromoluminarism", a technique he went on to adopt.