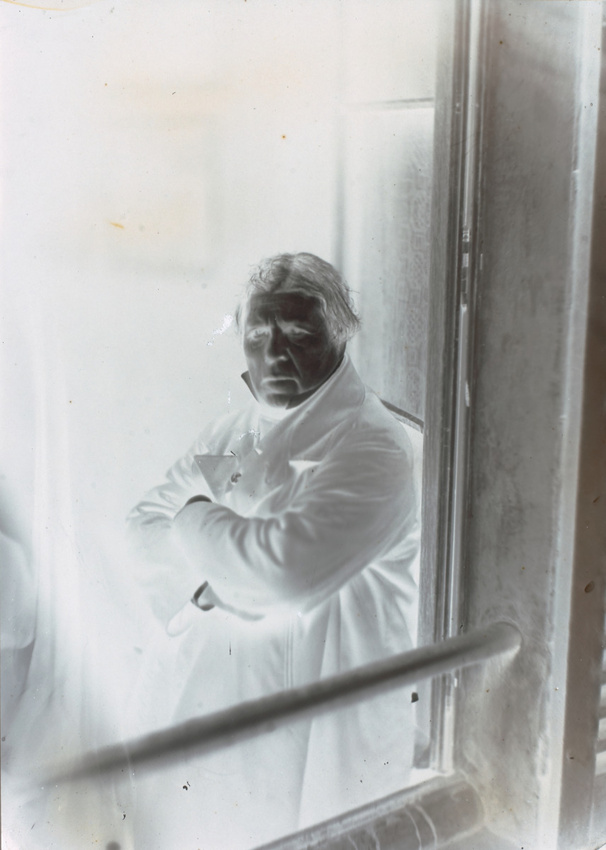 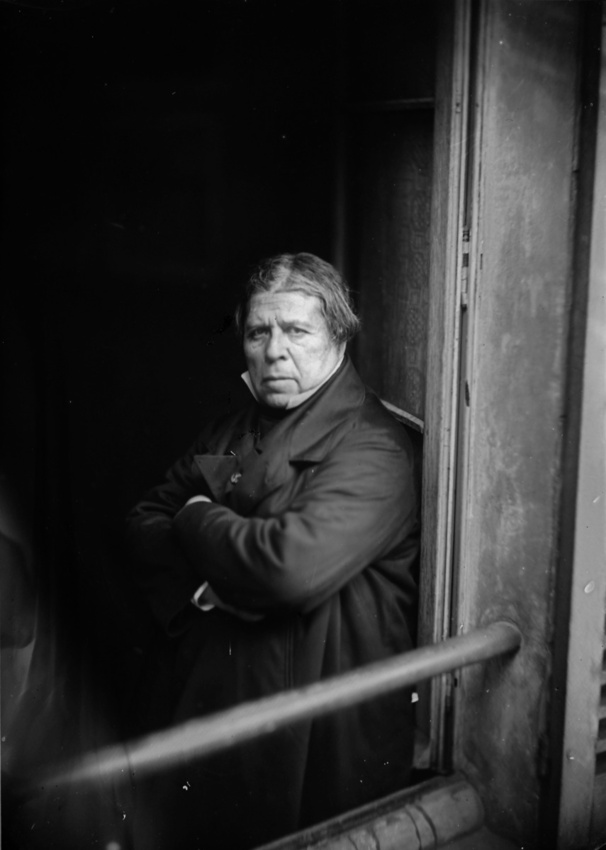 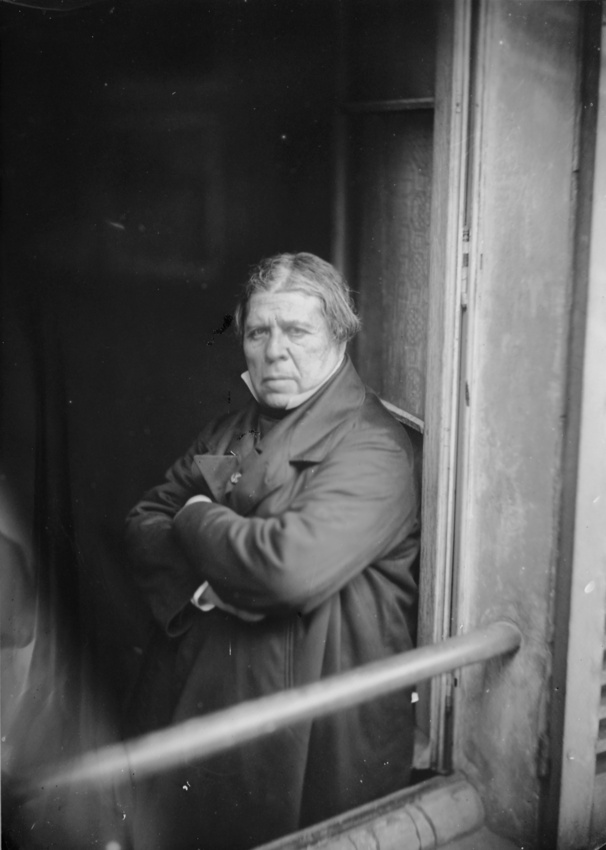 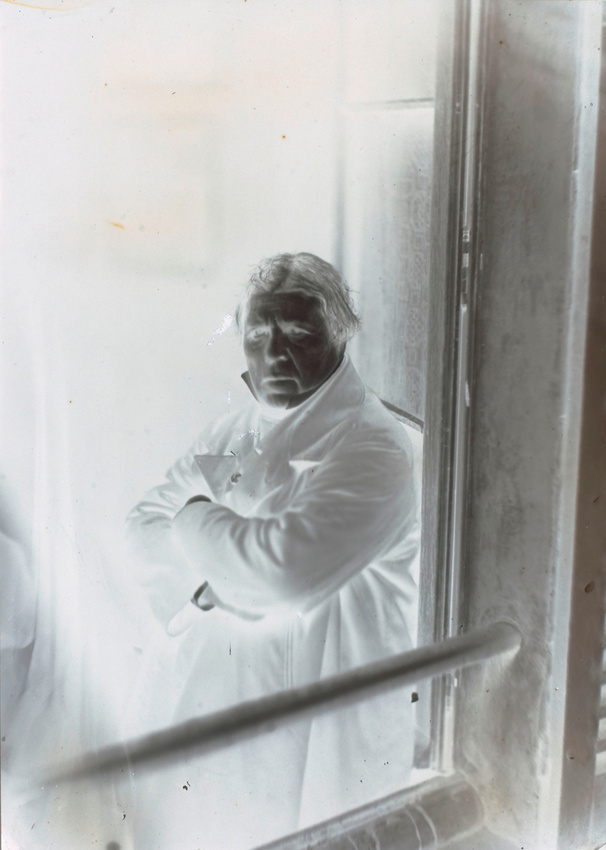 Camille Dolard was one of the many painters who practised photography when the medium had just been invented and was still very attractive. Having entered the Ecole des Beaux-Arts in Lyon in 1826, he then remained in that town and established himself as a genre painter. It was there that he became friend with Félix Tournachon, who later became known as Nadar. The two men worked together between 1850 and 1860, during which time Dolard moved to Paris.
When you look at his portraits of men, both sober and solid, the style seems to have been inspired by Nadar's, even if Dolard's models are not always famous people. This portrait of Ingres must have been taken around 1856-1858 and therefore belongs to Dolard's Parisian period. In it, the painter is wearing the insignia of a grand officer of the Légion d'Honneur, which he had just received after his significant contribution to the 1855 Universal Exhibition, the height of his fame. Composing the portrait on an angle, using the jambs of a window to provide a solid framework for the image, is an unusual departure, and produces a masterful result. The face, appearing to emerge from the shadow, adds even more power to the overall image.