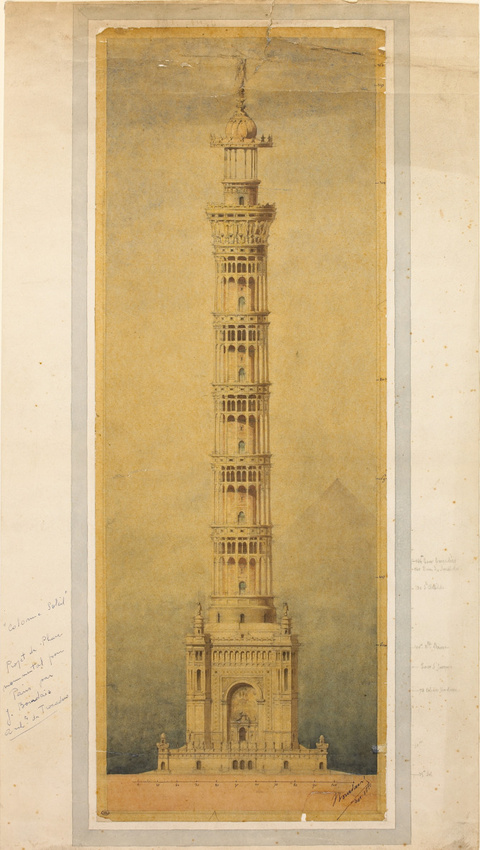 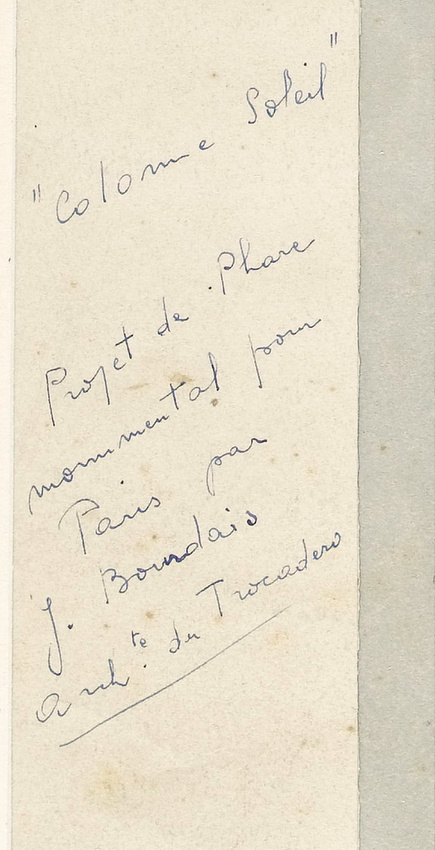 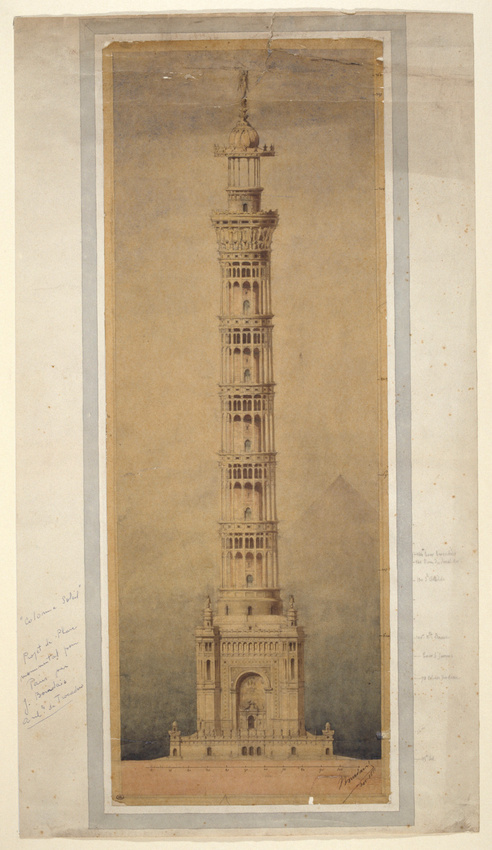 During the 19th century, the Engineers turned their attention once more to the idea of a colossal tower. Thus in 1833, the Englishman Richard Trevithick put forward a project to construct a cast iron, openwork tower one thousand feet (300 m.) high, but it was never built because of his premature death. For the 1876 Universal Exhibition in Philadelphia, engineers Clarke and Reeves dreamt of a three hundred and four metre high tower. The project was never started. Finally for the 1889 Universal Exhibition in Paris, Gustave Eiffel and his engineers planned to build a metal tower, three hundred metres high. They came up against total incomprehension on the one hand, and competing projects like this one on the other.
It was the French engineer Sébillot who first took the idea from America for a "sun-tower" that would illuminate Paris. On his return to France, he teamed up with Bourdais, the engineer who, with the architect Davioud, built the Trocadero Palace in 1878. For this monumental lighthouse, Davioud designed a three hundred foot high tower "surmounted with an electric lamp to illuminate Paris." The sun-column would "easily light up the Bois de Boulogne and the whole of Neuilly and Levallois as far as the Seine!"
He proposed a masonry core surrounded by a series of galleries on top of one another and small cast iron columns. The triangular base alone was higher than the towers of Notre Dame, and was to accommodate an Electricity Museum. Crowned with a band of stars, the tower was topped by the winged statue of the Genius of Science.
But the architect had not taken into account the enormous weight of the monument, the huge foundations it would have required, its instability or the outrageous building costs!