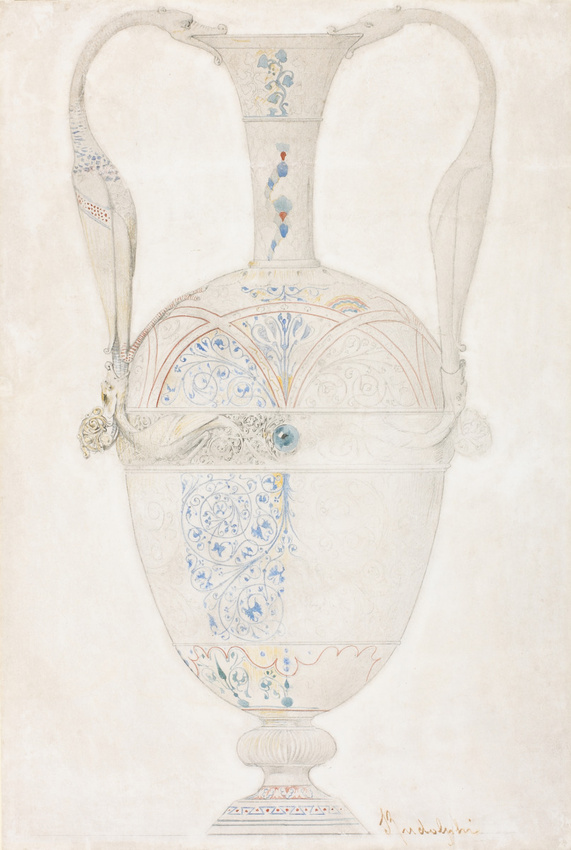 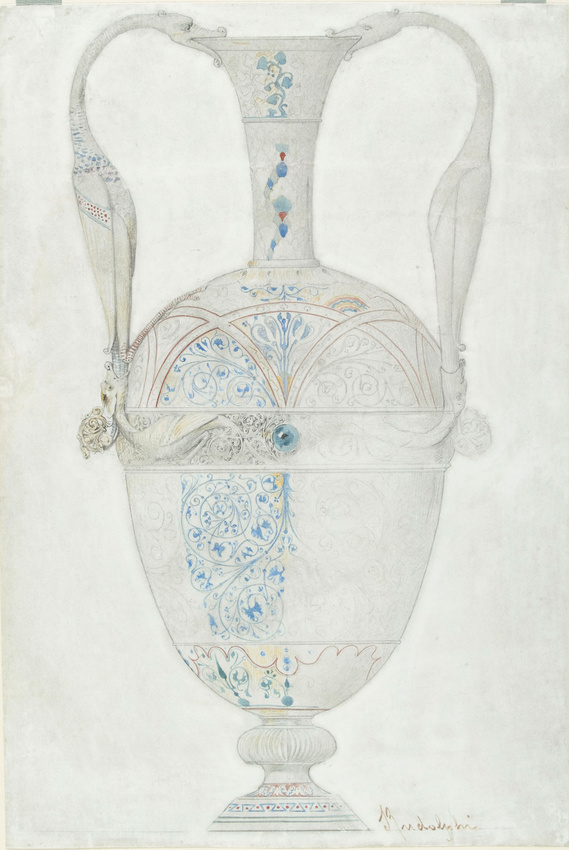 The work of Rudolphi, a Danish silversmith who lived in Paris, was admired by his contemporaries for the excellence of its design and execution. His creative work was particularly notable for the original blending of medieval, Renaissance and oriental influences, and for the daring combinations of highly diverse materials and techniques. Many of his works have disappeared, but his Catalogue des objets d'orfèvrerie artistique provides information about his ornamental production and about his style, characterised by the frequent use of hard stones and carved ivory.
This project for a vase comes from a collection of drawings from Rudolphi's studio. It corresponds to a piece that was presented at the Universal Exhibition in 1855, and acquired the following year by the Museum of Ornamental Art in London (which later became the Victoria & Albert Museum).
The discreet polychromy of the neck, belly and foot, revealed in the form of a light, foliated pattern in reds, yellows and blues, resembles an enamelled decoration. However, this is not the case. In the final version, Rudolphi subtly takes advantage of the colours and different treatments of the metal surfaces – steel openwork, gold and silver damascening, embossed silver – discreetly set with turquoises, emeralds and rubies.