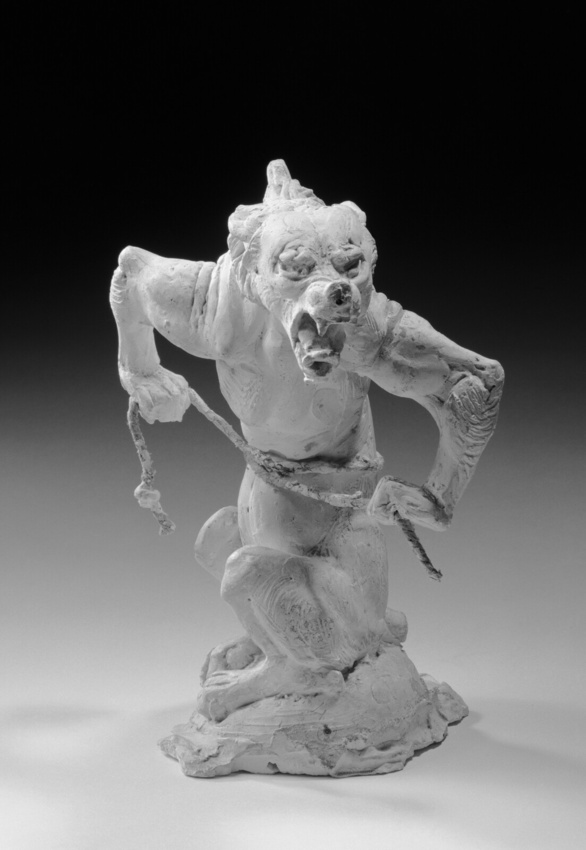 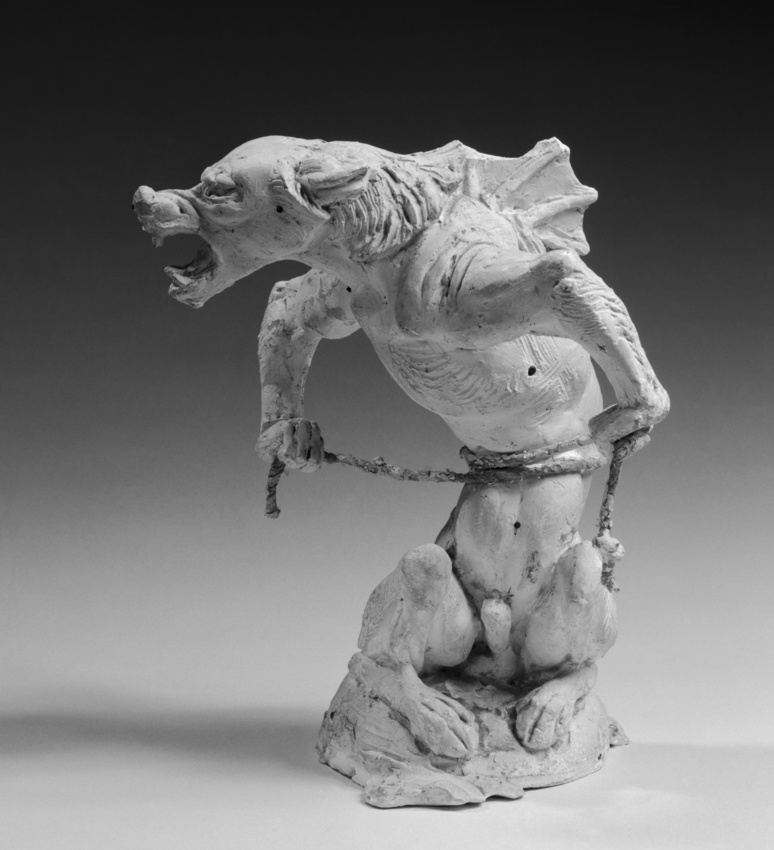 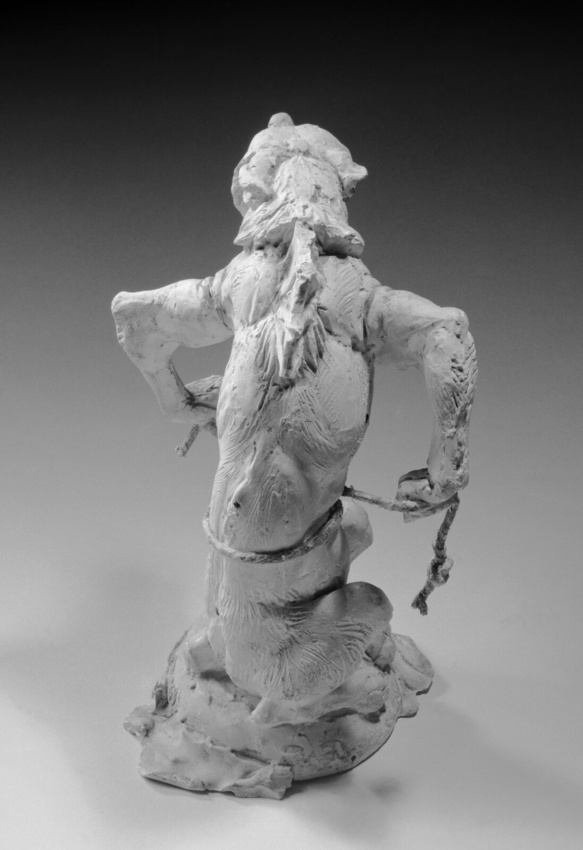 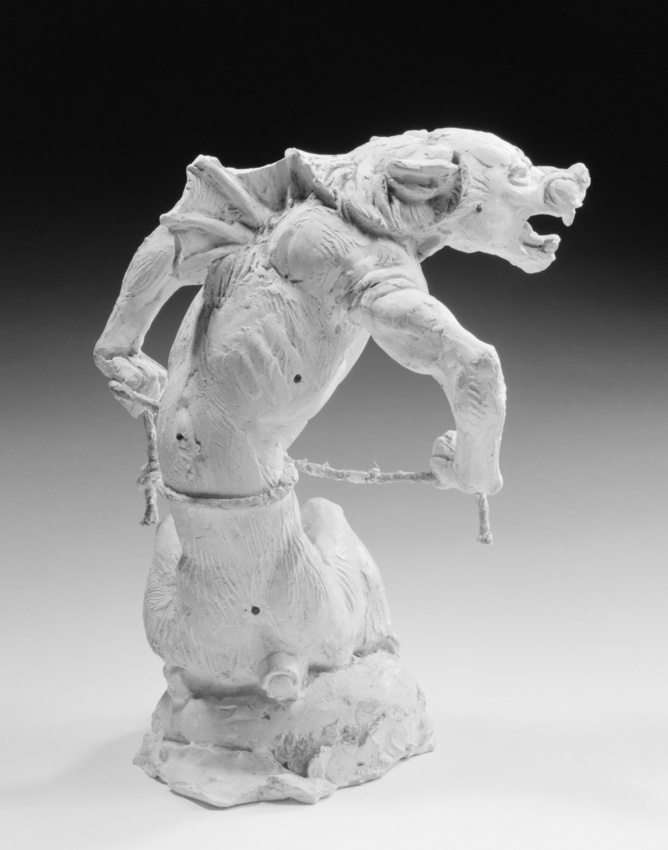 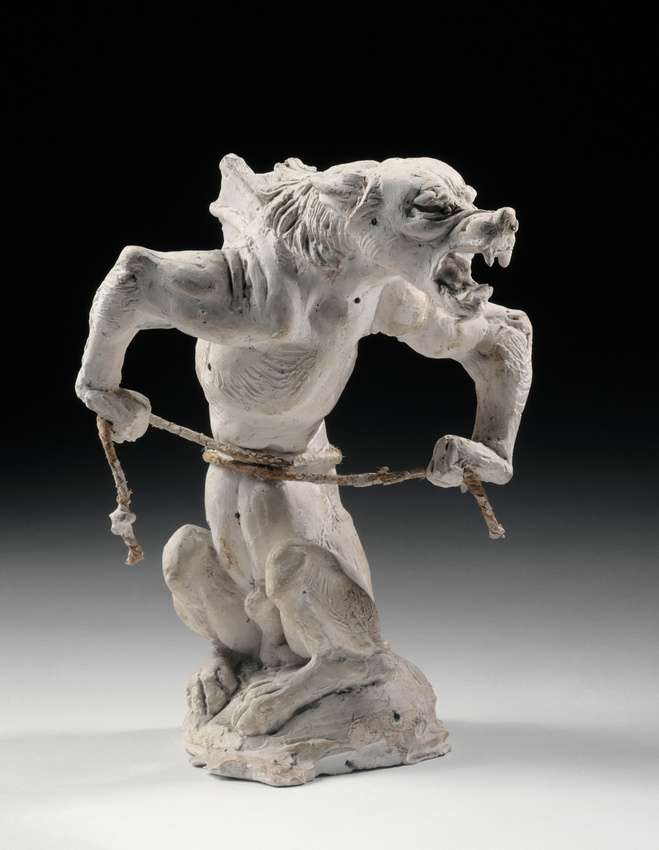 As a general rule Fremiet's sculptures are straightforward and descriptive following an aesthetic based on scientific exactitude. Nevertheless the sculptor developed a very different strain of work during his career. In fact he delighted in modelling fantasy figures, nightmarish and often humorous. The decor in the dining room in the Hotel Dervillé is one of his major productions in this field.
Stéphane Dervillé (1848-1925), the son of a famous marbler, was one of the organisers of the 1900 Universal Exhibition, and subsequently curator of the French section of the 1911 Turin exhibition. He commissioned a decorative work from Fremiet for his private residence near to the Parc Monceau in Paris, which had previously belonged to Sarah Bernhardt.
This decoration, with animals and fantasy figures, produced between 1890 and 1904, consists of two groups in bronze, The Gourmet Pelican and Monkey with Soap Bubbles (the bubbles were made from electric light bulbs), two chandeliers and a pair of fantasy statuettes in bronze: Chauchard and Ravachol.
The tone of the work is clearly satirical, as is evident from the inscription at the monkeys' feet: Freedom / Down with Dervillé / The Owner. This anarchic touch sheds light on the title of this delightful statuette - half wolf, half gargoyle, its fangs bared.Ravachol is a direct reference to the anarchist called François Claudius Koenigstein, the author of several assassination attempts, who was guillotined in 1892. The name of the matching figure, the plaster version of which was given to the Musée d'Orsay in 1993, alludes to Alfred Chauchard (1821-1909), director of the Grands Magasins du Louvre, a famous collector and great benefactor to the national museums - a perfect counterpoint to the terrorist. This original model enables us to look at a less well-known aspect of the work of Fremiet, who is well represented elsewhere in the Musée d'Orsay.