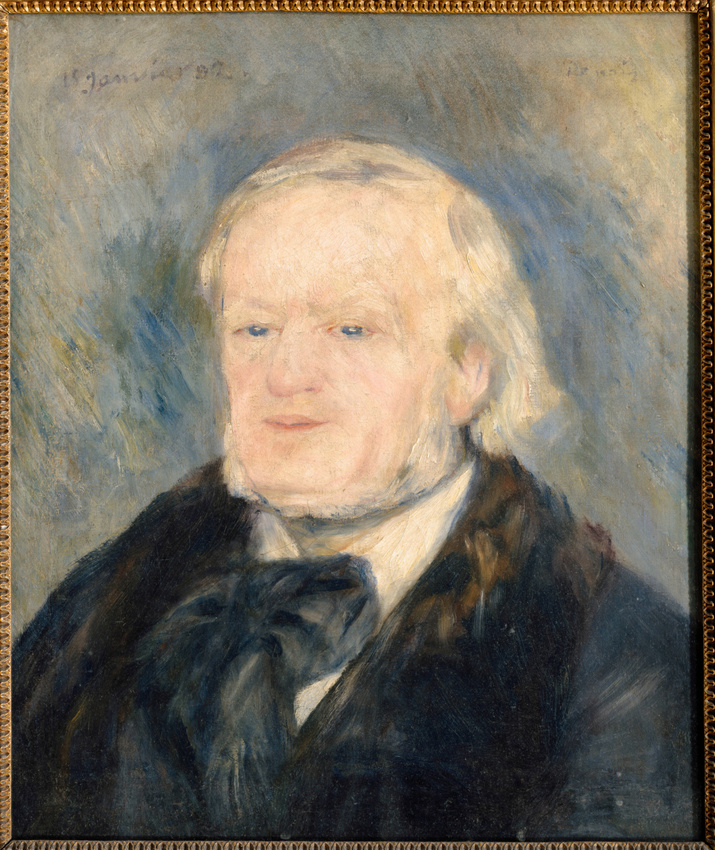 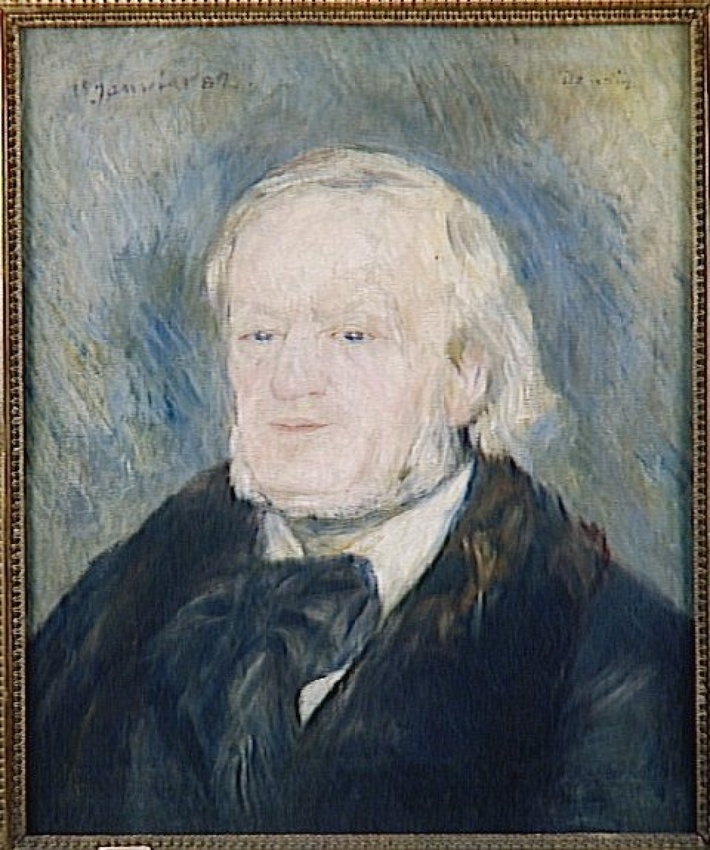 A great music lover, Renoir was one of the first admirers of Wagner in France. At the beginning of 1882, when the painter was travelling in the south of Italy, he had the opportunity to visit Palermo where Wagner was staying. After two fruitless attempts, Renoir was finally introduced to the "maestro" who, the day before, had put the final notes to Parsifal.
The course of this meeting is well known thanks to a letter from Renoir to one of his friends, dated 15 January 1882. Wagner showed himself to be very friendly. Over a few drinks, the two men made idle conversation for over three quarters of an hour before Renoir proposed a short sitting for the following day. He recounted this second meeting in his letter thus: "He was very happy but very nervous [...]. In short, I think I spent my time well, thirty five minutes is not long, but if I had stopped sooner it would have been better, because my model ended up by losing some of his good humour, and he became stiff. I followed these changes too closely [...]. At the end Wagner asked to see it. He said "Ah! Ah! It's true that I look like a Protestant minister". But I was very happy it wasn't too much of a flop: There is something of that admirable face in it".
Twenty years later the art critic Julius Meier-Graefe came back to this "little souvenir": "it is a remarkable document. It reveals certain aspects of Wagner with an astonishing, almost pitiless, psychology. One can not say how aware the painter was of this: but in any case, the painting reveals just how free the artist felt when faced with the object of his admiration".