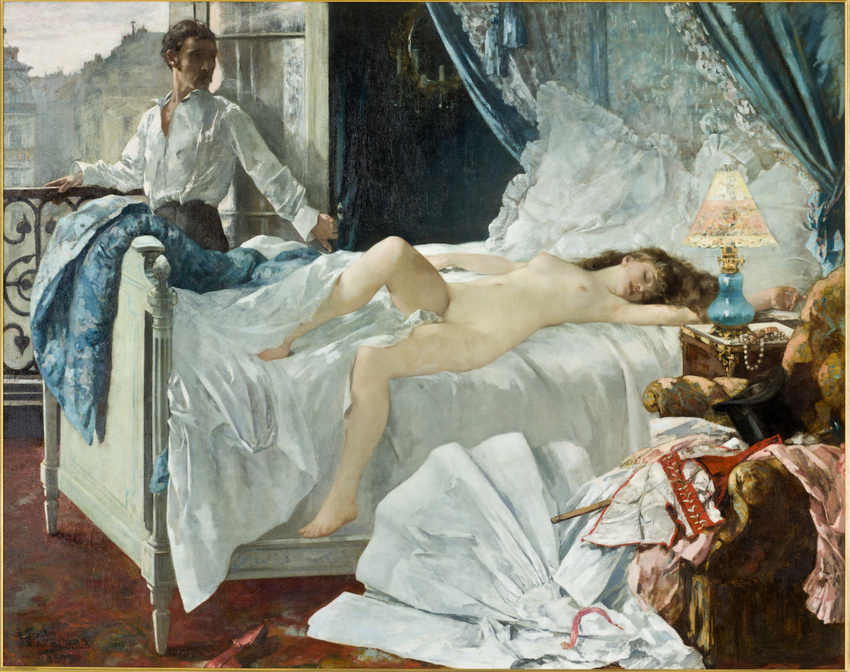 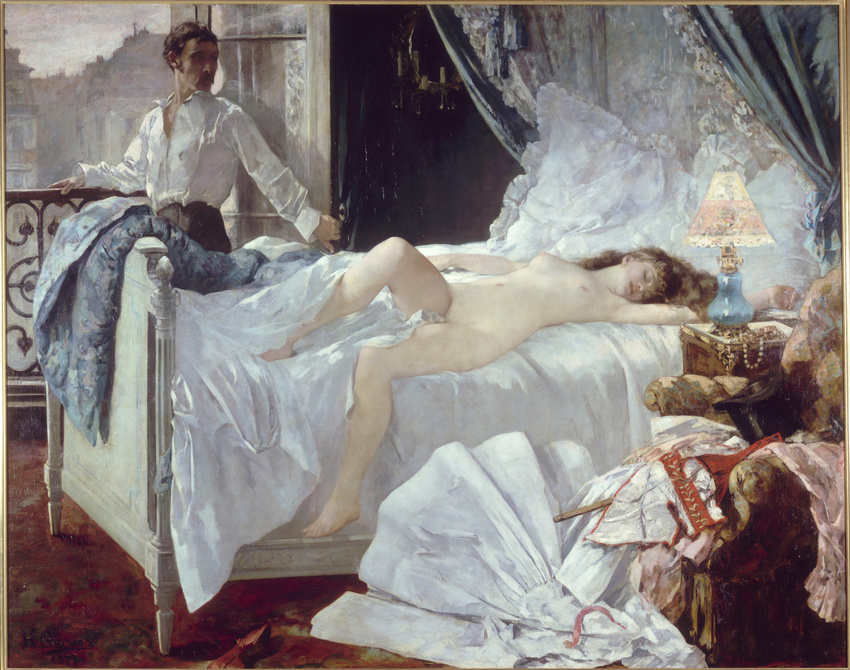 In the Spring of 1878, a month before the inauguration of the Salon, Rolla was brutally excluded from the event by the Beaux-Arts administration. Yet, Henri Gervex was a renowned painter. Aged only 26, he had already been awarded a medal at the Salon, which in theory made him an "outsider" in terms of competition and therefore dispensed from the deliberations of the jury in charge of choosing the artworks exhibited. This time, the authorities decided otherwise as they judged the scene to be "immoral".
Gervex found his inspiration in a long poem by Alfred de Musset (1810-1857), published in 1833. The text recounts the destiny of a young bourgeois, Jacques Rolla, falling into a life of idleness and debauchery. He meets with Marie, a teenager who found in prostitution an escape from misery. Rolla is seen here ruined, standing by the window, his eyes turned to the girl sleeping. He is about to commit suicide by poison.
If the scene was judged indecent, it was not because of Marie's nudity, which in no way differs from the canonic nudes of the time. The attention of contemporaries rather turned to the still life constituted by a gown, a garter, and a hastily undone corset covered with a top hat. Gervex might have been advised by Degas to put "a corset on the floor" so that the spectator may know this woman "is not a model". Indeed, this disposition and the nature of the clothes clearly indicate Marie's consent and her status as a prostitute. Moreover, the walking stick emerging from the garments acts as a metaphor for sexual intercourse.
After its exclusion from the Salon, Rolla was exhibited for three months in the gallery of a Parisian art dealer. The scandal, largely echoed by newspapers, attracted large crowds. Many years later, in interviews published in 1924, Gervex recalled the pleasure he had in seeing the "uninterrupted procession of visitors", although it is unknown whether he had anticipated the reaction of the authorities and willingly provoked the scandal.