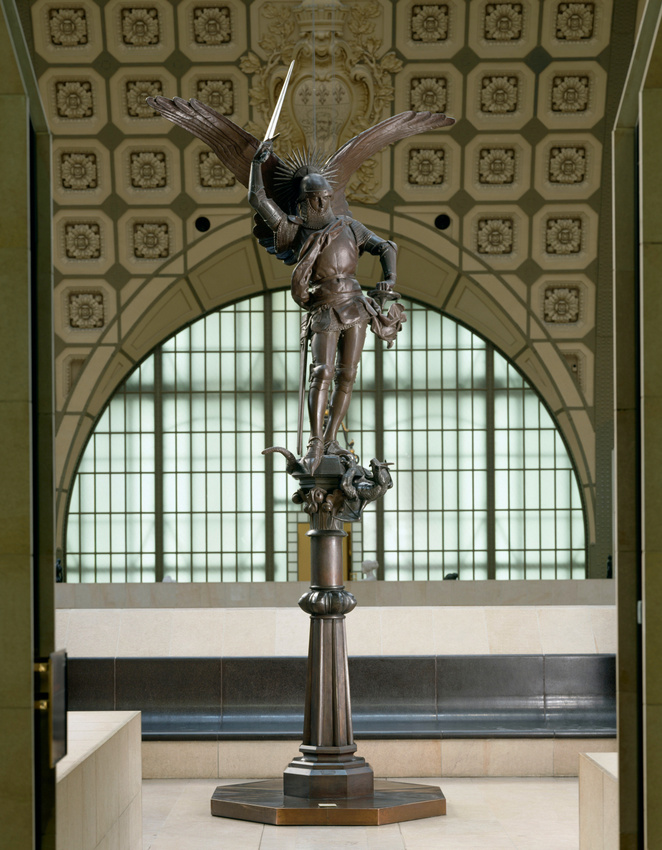 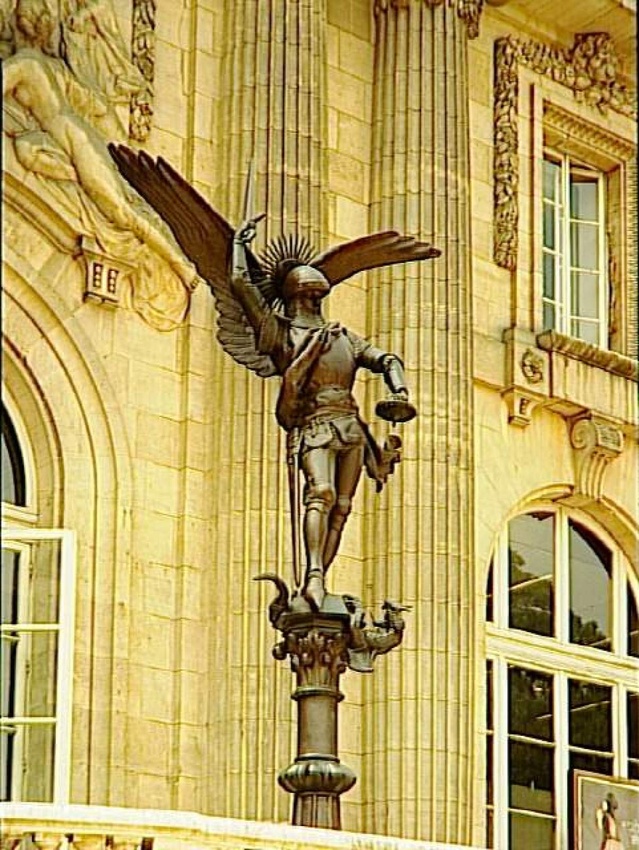 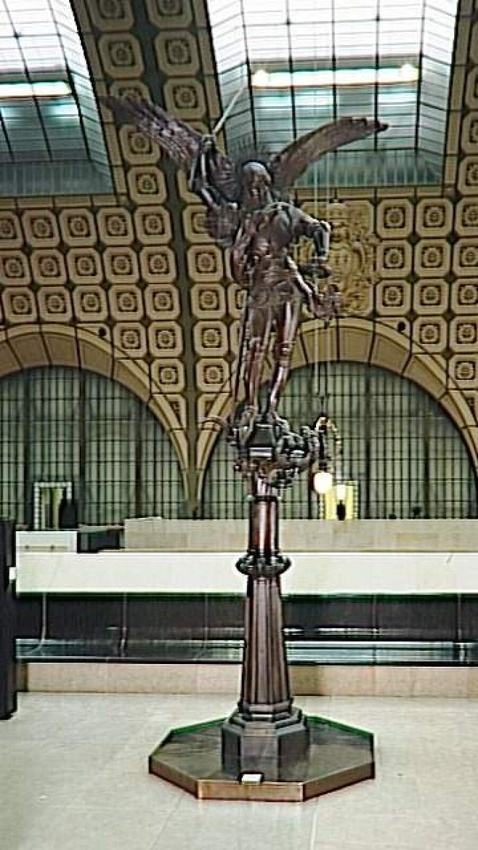 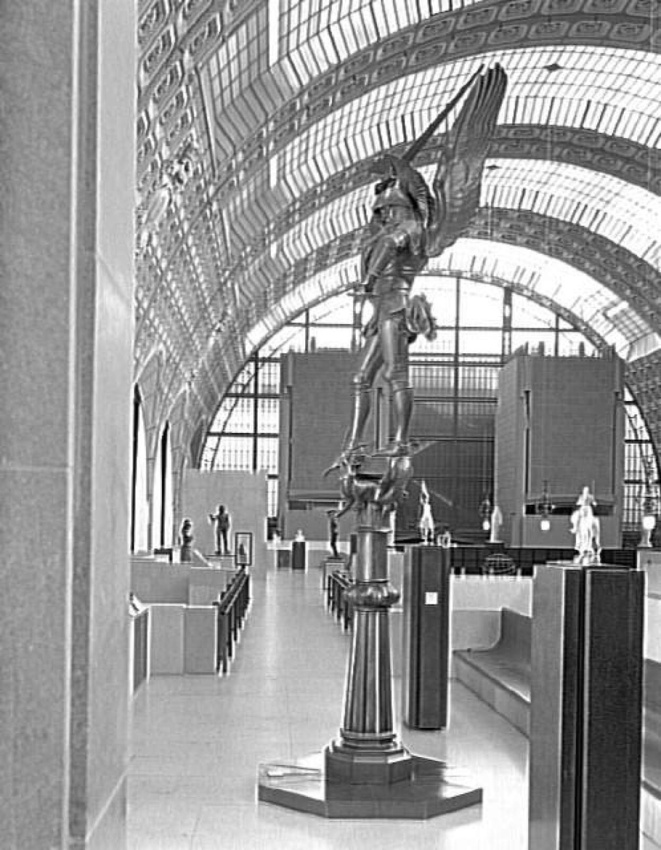 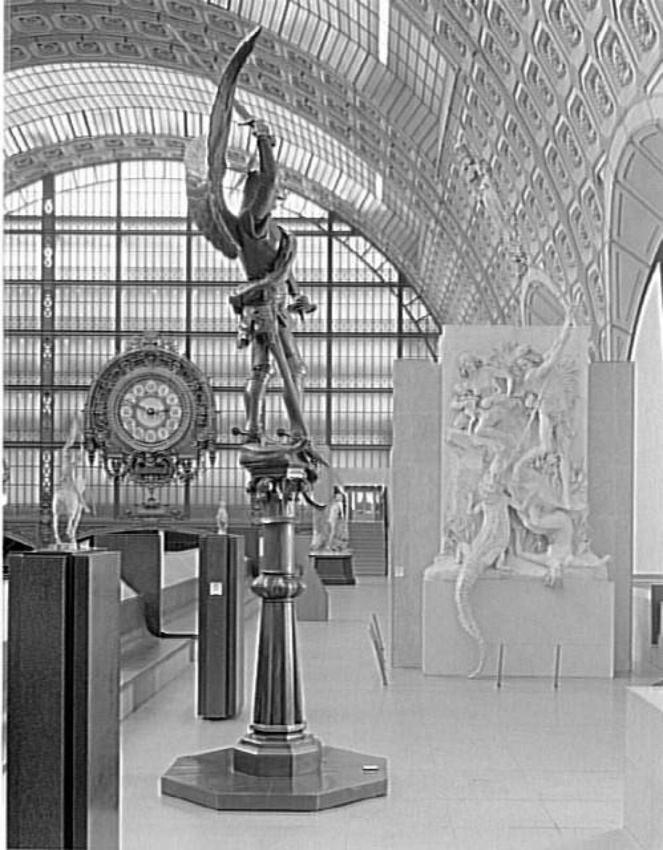 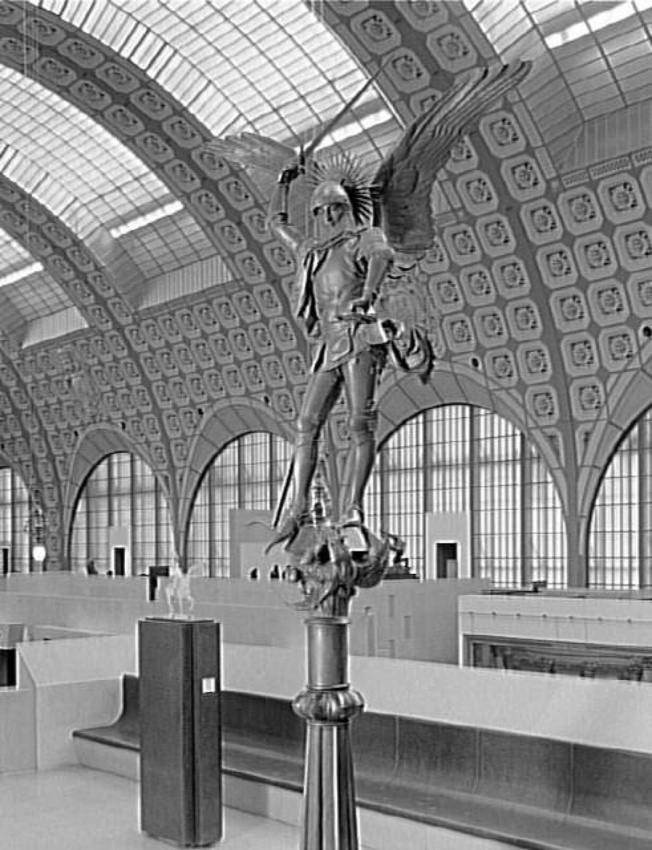 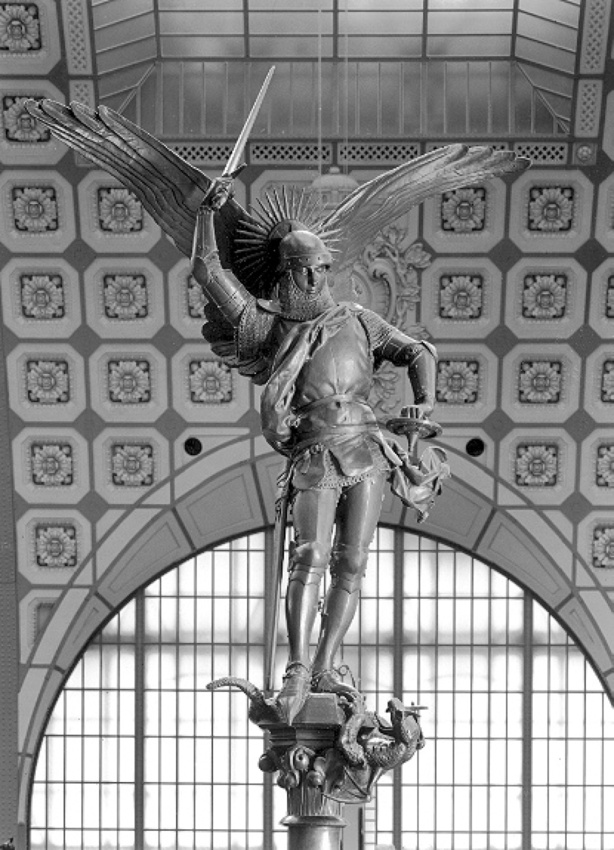 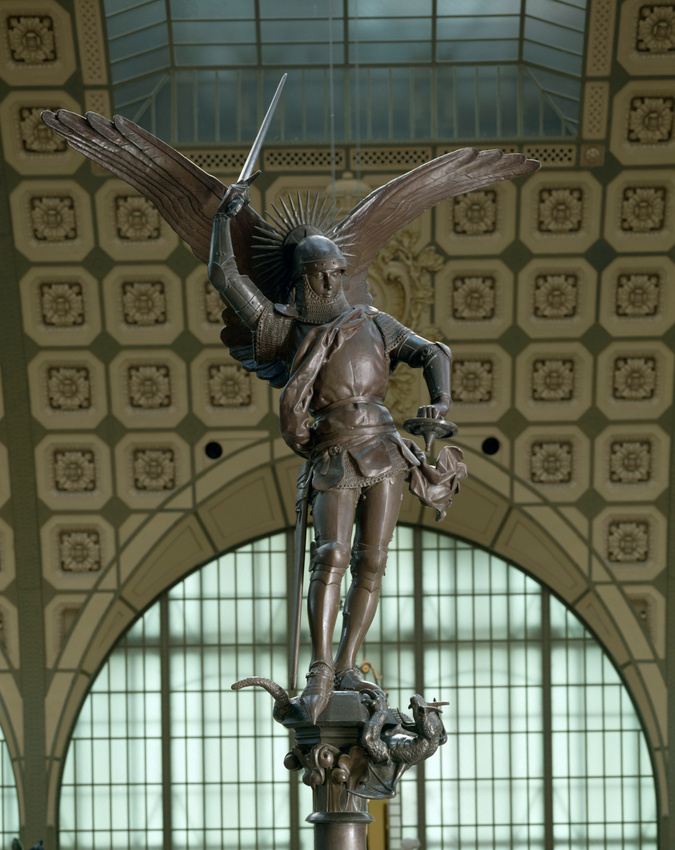 In 1894, Fremiet was chosen to design the statue to crown the spire of the abbey of Mont Saint Michel. He had been famous as a sculptor since his Joan of Arc had been set up in the Place des Pyramides in Paris in 1874. With Joan, he founded a new form of realism, characterised by minute description, in which a sense of precision was combined with a veritable archaeological quest. He preferred the severe iconography of the Middle Ages to the almost baroque schema derived from Raphael. Fremiet thus developed a didactic style which refused pathos, driven by a twofold passion for history and science.
His first version of St Michael was a statuette intended for commercial reproduction in 1879. Most unusually, it was this 50 cm work which was chosen to be enlarged to a height of 2.20 metres. Almost as if the architect had selected it from a catalogue. This practice of verifying the artist's aesthetic choices in advance, combined with Fremiet's "historical realism" sat very well with the new vision of historic monuments advocated by Viollet-le-Duc and his followers, in search of architectural reconstructions.
The statue is unusual in Fremiet's work because of its dynamism; it must be imagined gilded in the Mont Saint Michel version, flashing in the light in the open air. It is made of repoussé copper: the copper plates were hammered in the workshop, then mounted on a frame and riveted together. The resulting work was relatively light: lifting a heavy bronze statue to the top of the spire would have been insane. The Monduit firm was commissioned to execute the statue and made two other copies, one for the spire of the church of Saint Michel des Batignolles in Paris, and the other for its show room, which is now in the Musée d'Orsay.