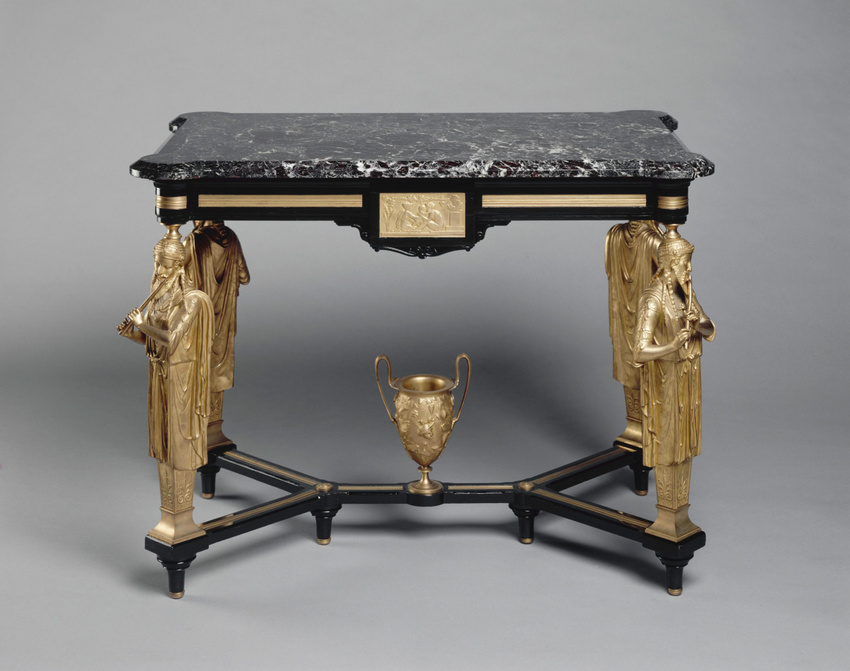 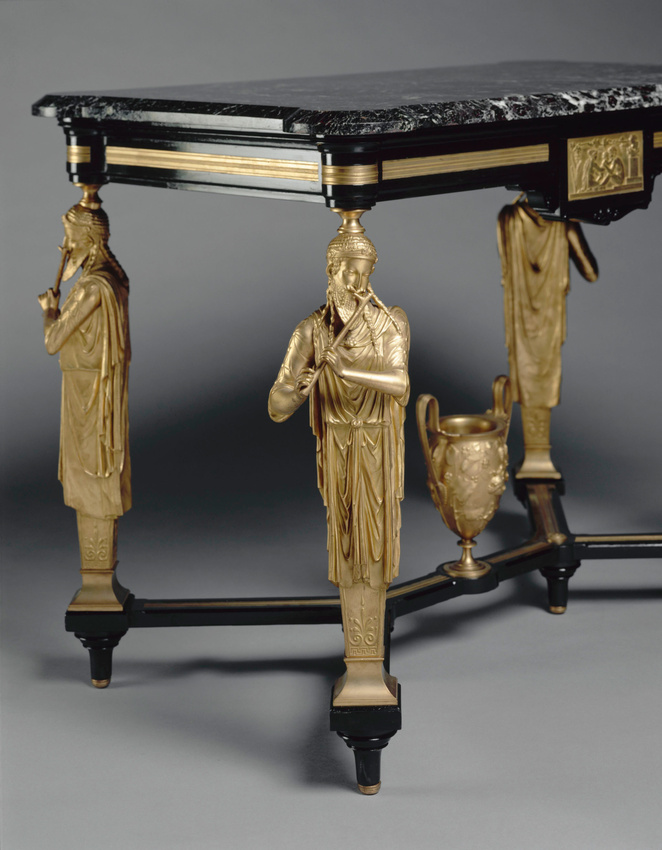 This table is remarkable in several aspects. Firstly, it is a magnificent example of the artistic bronzes for which Paris, in the second half of the nineteenth century, was the undisputed capital. Secondly, it is a masterpiece of the Universal Exhibition, offering a perfect example of that integration of art and industry, so sought-after at the time. Finally, it is a rare and superb example of the Neo-Grec style in demand at the end of the Second Empire.
The sculptor Emile Hébert was one of those eclectic artists whose versatile talent lent itself perfectly to decorative compositions. He was one of the privileged sculptors to work with the bronze-caster Georges Servant. This artistic collaboration here results in an elegant work in the purest Neo-Grec style. With the advances in archaeology, ancient Greece became a powerful driving force for revival, and gave rise to an original style which extended to all the decorative arts.
The sculptor's work displays genuine archaeological research. Thus, the legs of the table are derived from a fragmentary, antique marble representing Midas playing the flute. The vase on the cross piece, with its naturalistic decoration, is inspired by late Hellenistic gold work. The plaques on the sides of the table feature what may be Bacchus as a child. As for the soft, old gold patina of the bronzes, which has fortunately been preserved, this too reflects a desire to recall classical times.