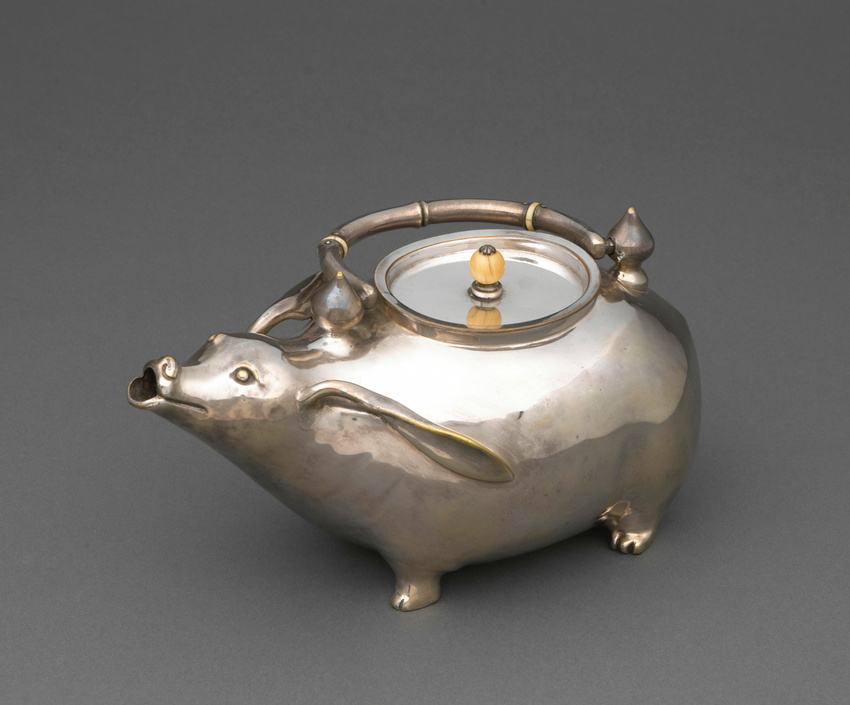 This animal teapot was designed by Reiber after a Japanese bronze from the collection of Henry Cernuschi (1821-1896), a rich Italian banker, living in Paris, who had collected an enormous amount of Far Eastern art. It demonstrates the humour with which the late 19th century creative artists would take inspiration from the most unexpected Japanese subjects. Emile Reiber, who discovered Japanese art in the 1860s, was passionate about the Japanese bronzes in the Cernuschi collection, and published drawings of them in 1877 in The first volume of the Reiber Albums.
Appointed head of the drawing and composition studio at the Christofle company, he remembered in particular the smooth, oval-shaped perfume burners. His comment on them indicates that "Domestic objects, directly inspired by Nature [...] will in future, it seems, contribute greatly to the decoration and the gaiety of the family home. This will open the way to a genuine, 'Popular Art' in which simplicity, naivety and a relaxed approach in its execution will be the principal features".