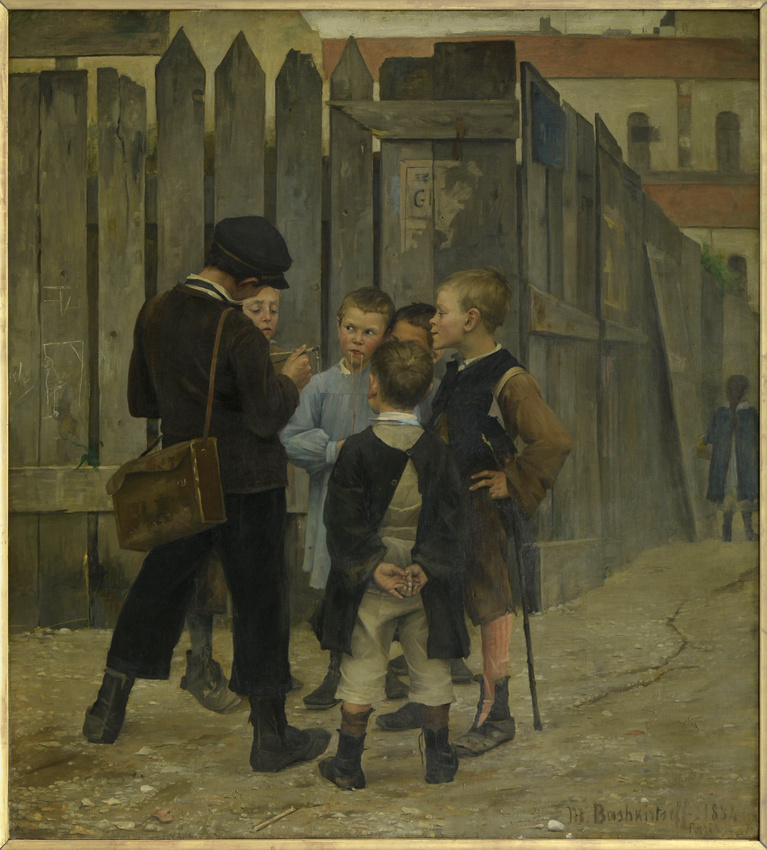 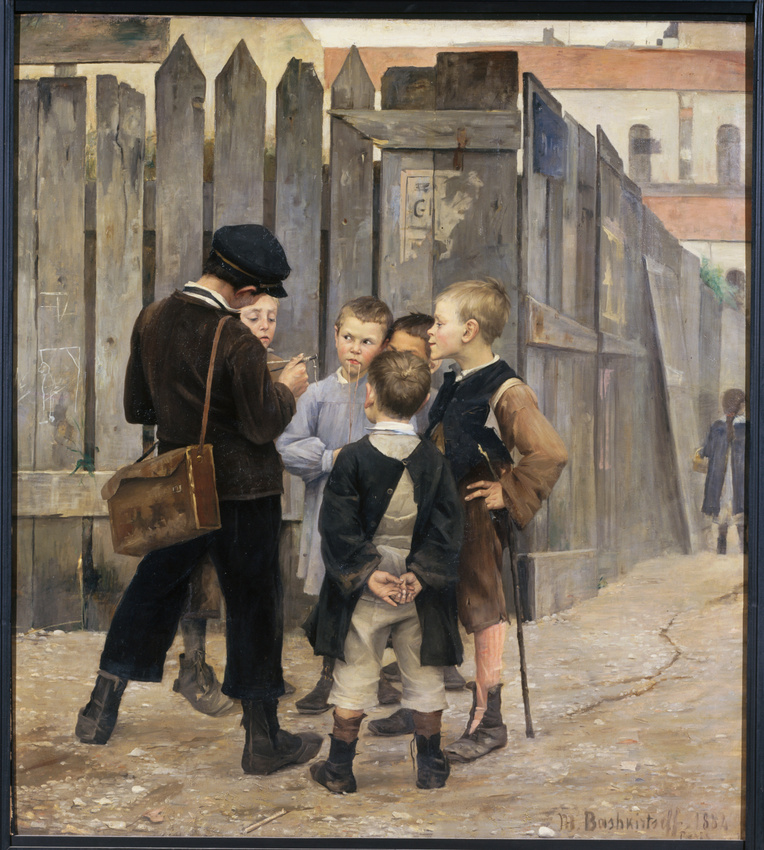 When A Meeting was exhibited at the 1884 Salon, it was acclaimed by both the public and the press. But this success did not satisfy Marie Bashkirtseff at all, who was outraged that she did not receive a medal. She wrote in her Journal: "I am exceedingly indignant [...] because, after all, works that are really rather poor have received prizes" and also "There is nothing more to be done. I am a worthless creature, humiliated, finished". Confident of her own talent, she denounces what seemed to her to be an injustice, but also expresses a fear: the fear of being forgotten. Marie Bashkirtseff was then only twenty-five years old, and knew already that she was condemned to die from tuberculosis; she died on 31 October that same year. "To be remembered as a great artist" - this was one of the obsessions of the young woman who had chosen to become a painter at a time when the Ecole des Beaux-arts was still exclusively for men.
Marie Bashkirtseff here slips into the Naturalist vein of Bastien-Lepage (1848-1884), an artist whom she admired, but she transposes the themes of her mentor into an urban setting, as did their contemporary Fernand Pelez (1848-1913). She renders every detail of what appears to be a genre scene. Six young boys, their expressions and attitudes captured with precision, stand in a circle around an object that is difficult to identify, but which is certainly the reason behind their discussion. Their well-worn clothes indicate that they are from a working class area - the wooden fence, the graffiti and the torn posters reinforce this impression – while their smocks indicate that they are schoolboys: we are in the early 1880s and the reforms enacted by Jules Ferry had established free, secular and compulsory education.
The artist does not introduce any social dimension into her work. As a Russian aristocrat herself, she regards these children with detachment, and merely restates a convenient bourgeois stereotype.
Nevertheless, it is interesting to speculate on the title of the painting and the presence, on the right, of a little girl walking away. As someone who was committed to the feminist struggles of her time, perhaps Marie Bashkirtseff is here denouncing a misogynist society; the debate remains a male issue and the woman is kept at a distance.