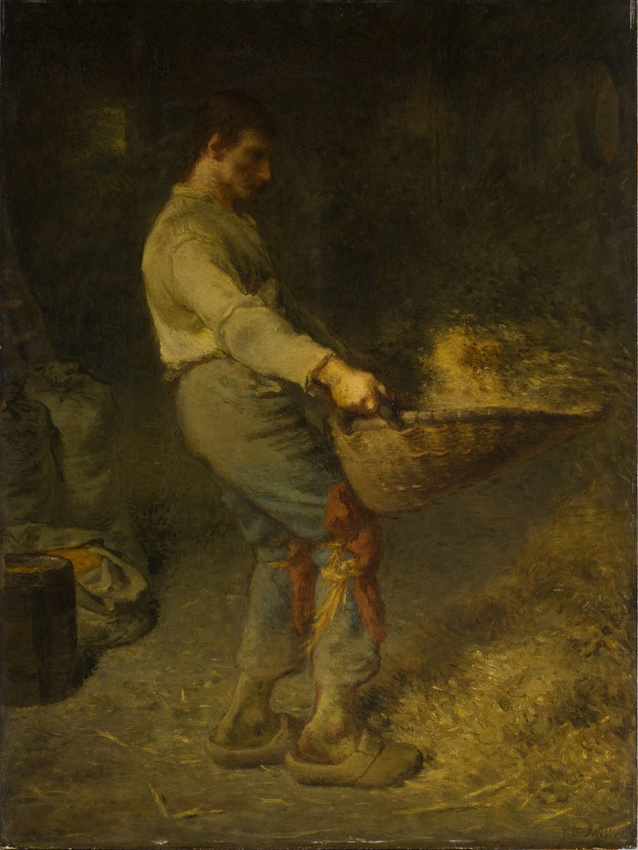 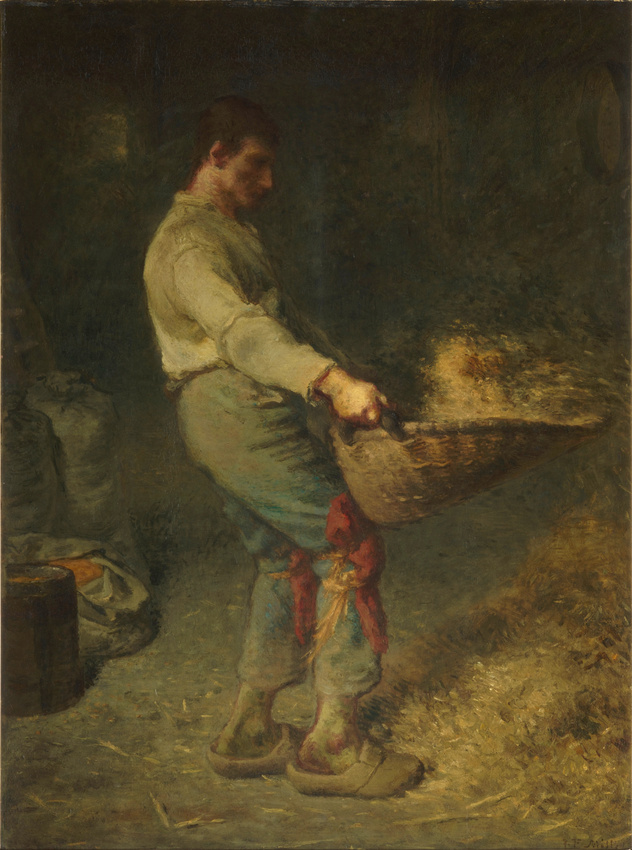 This painting is a later variation of a work exhibited by Millet at the Salon of 1848, under the same title, and bought by Ledru-Rollin, then Minister of the Interior of the newly formed Second Republic. Millet thus opened a new pathway in his art. He abandoned mythologies and picturesque subjects to concentrate on his new hero: the peasant.
The winnower is here shown hard at work and his movements have been accurately observed. He lifts the winnowing basket with his knee and shakes the grain, sending the chaff into the air in a cloud of dust which fills the barn and casts a golden haze over the painting. All of Millet's art is present here—his broad simplifications, his highly localised tones, the quality of his colours and the relationships between the values and, above all, the presence of great figures conceived as allegories.
The painting attracted much commentary in 1848. Gautier set the tone: "It is impossible," he wrote, "to find anything rougher, wilder, more prickly or uncultivated," but he added, "and yet! This mortar, this plaster thick enough to stop a brush has an excellent local touch, and gives a fine warm tone when you take three steps back. This winnower [...] is bent over in the most masterly way." In this late version, Millet has further accentuated the peasant's strain in the curve of his body. Courbet deeply admired The Winnower and no doubt had it in mind when he started The Rock Breakers the following year (a work destroyed in the bombing of Dresden during the Second World War).