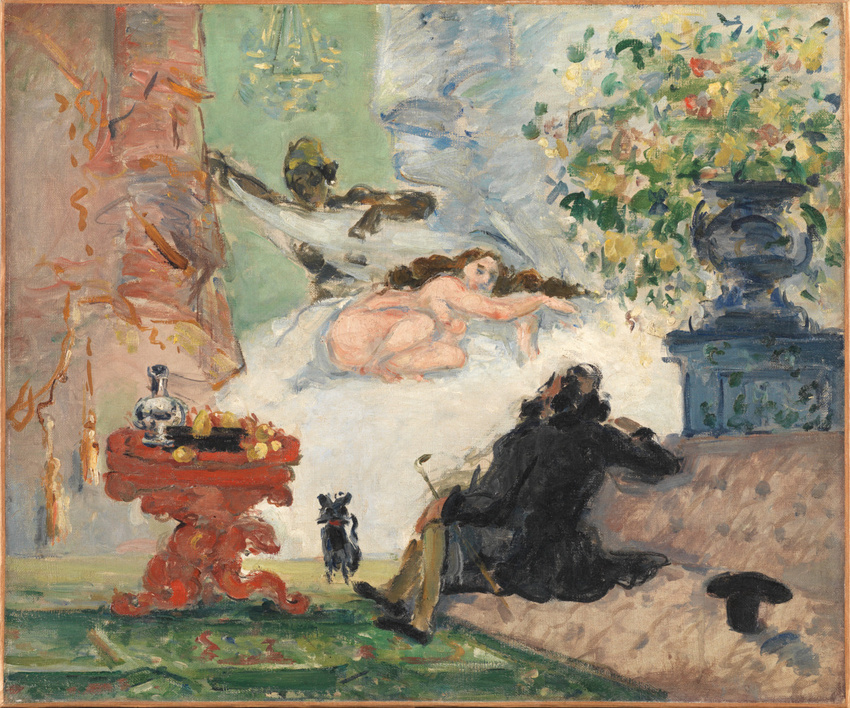 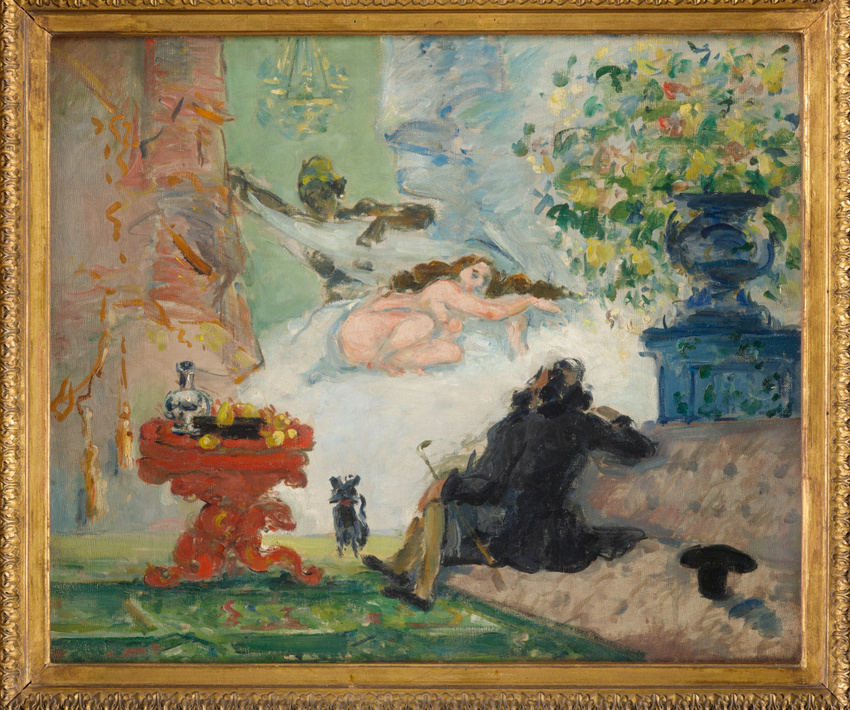 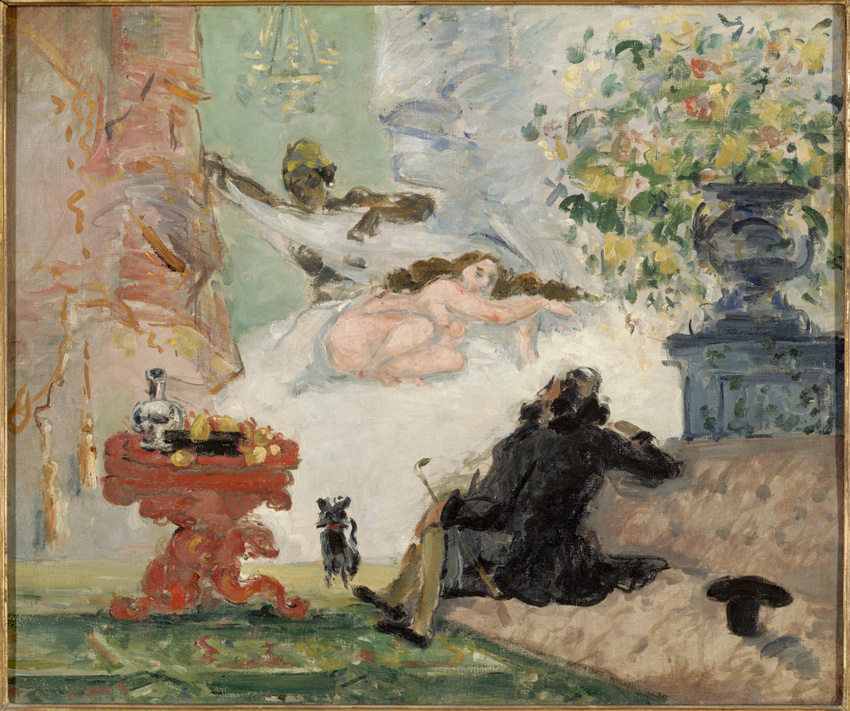 Cézanne's early works, executed in dark colours, were largely inspired by the old masters and by the paintings of Delacroix, Daumier and Courbet. A painting from 1870 already featured A Modern Olympia (private collection) in response to Manet's great painting that had caused such a scandal at the 1865 Salon.
A few years later, Cézanne tackled this theme once again, but this second version was very different, with its luminous, dazzling colours and its brilliant execution reminiscent of Fragonard's paintings. At that time Cézanne's style was moving towards Impressionism. It was during his stay with Doctor Gachet at Auvers-sur-Oise that, in the heat of a discussion, Cézanne picked up his paintbrush and produced this coloured sketch, thus creating a much more daring interpretation of Manet's subject. The contrast of the nudity of the woman, uncovered by her black servant, with the elegant attire of the man in black, who looks strangely like Cézanne, and who watches her like a spectator, all contribute to the erotic and theatrical character of the scene. This effect is further accentuated by the presence of a curtain hanging on the left of the picture.
During the first Impressionist exhibition in 1874, this somewhat incredible evocation was scorned by both public and critics. In the review L'artiste on 1 May 1874, Marc de Montifaud wrote: "like a voluptuous vision, this artificial corner of paradise has left even the most courageous gasping for breath.... and Mr Cézanne merely gives the impression of being a sort of madman, painting in a state of delirium tremens ".