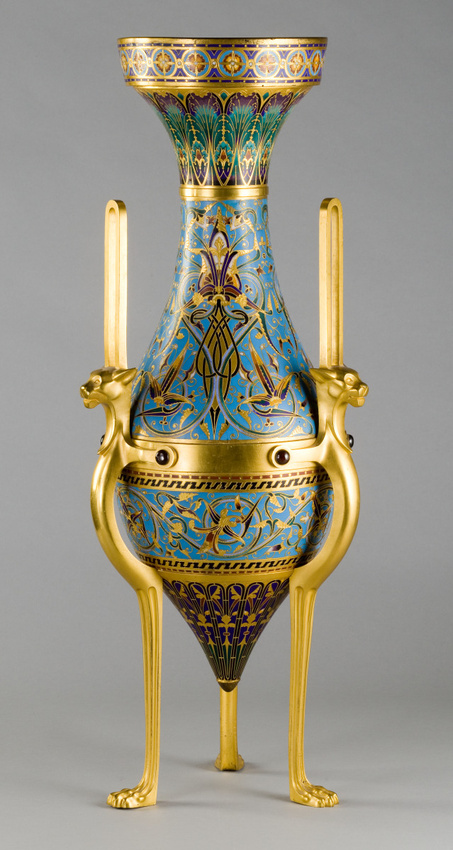 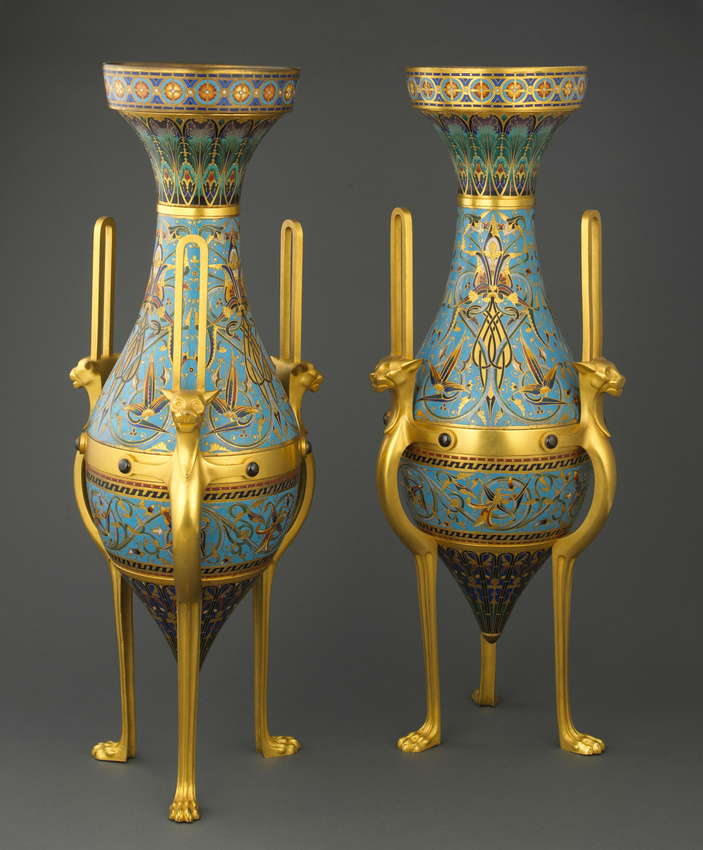 The art of enamelling was revived in all its diversity at the height of the Second Empire. Polychrome decoration, which was used in all the industrial arts, found a perfect medium in enamelwork, inspired by historical and exotic sources.
The Barbedienne firm's first trials in this field seem to go back to 1858. Four years later, objets d'art encrusted with enamel created a sensation at the Barbedienne stand at the Great Exhibition of London. This daring vase almost entirely covered with enamel is the finest example of those early exhibits. It forms a pair with a very similar vase also in the Musée d'Orsay.
Inaccurately labelled 'opaque cloisonné enamels flush with the surface, in the old-fashioned manner', these pieces were in fact much closer to mediaeval champlevé enamelwork. The technical innovation was that the cloisons were obtained directly by casting, which gave a sharp, even design. The 'Byzantine' composition was by Constant Sévin, a sculptor and ornamentist who was one of Barbedienne's leading craftsman from 1855 to 1888.