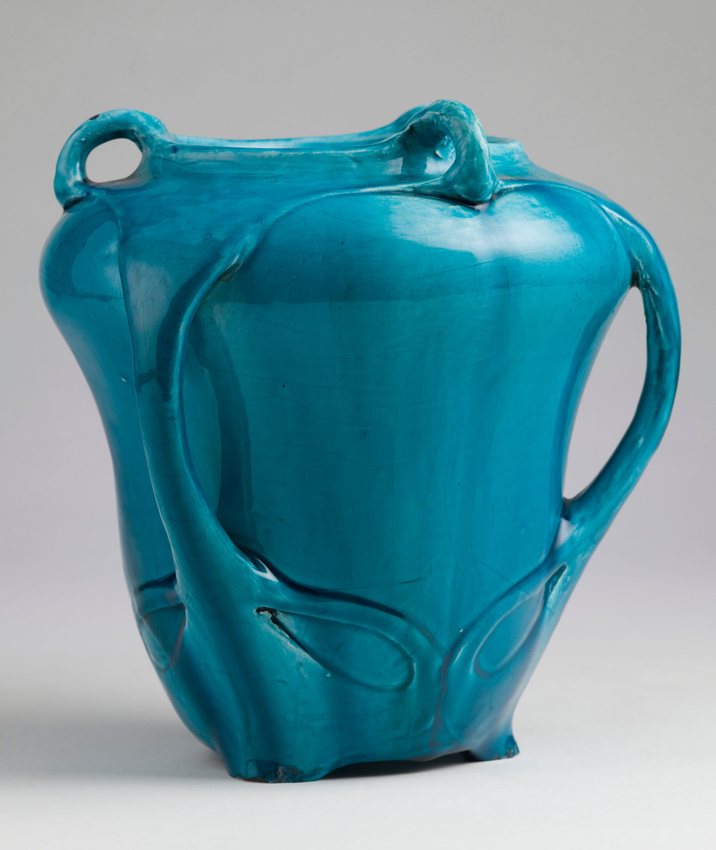 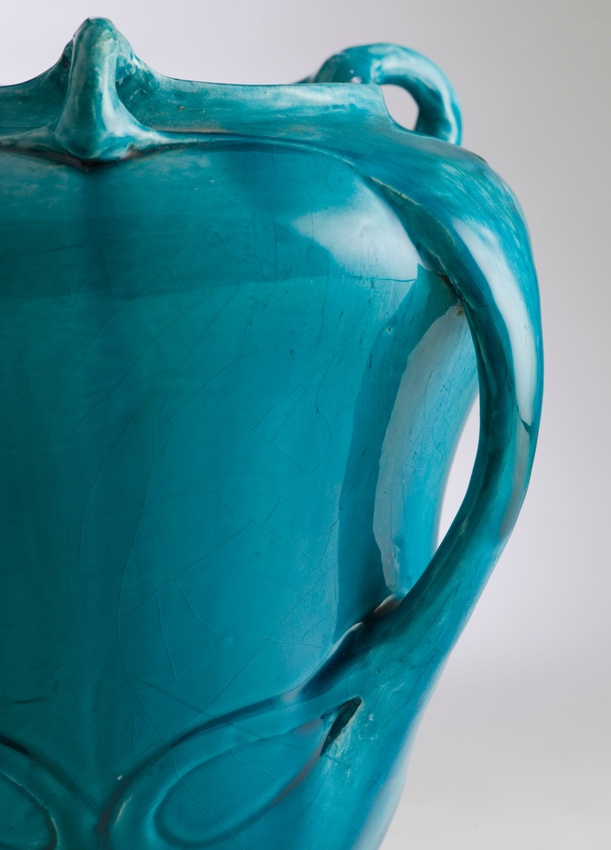 Edmond Lachenal was a draughtsman, painter and sculptor but he was above all a remarkable ceramist. He worked for ten years for Théodore Deck and quickly rose to be head of his studio before striking out on his own in the Paris suburbs in 1880. His first ceramics were in the Iznik style, but from 1890 he turned to stoneware, then glazed stoneware, with a pronounced taste for Japanese forms and decors. Shortly after 1900, Lachenal left ceramics and turned to the stage, leaving his workshop to his wife and his son Raoul in 1904. He acted with Sarah Bernhardt, with whom he was rumoured to have a liaison. He remarried in 1913 and devoted his time to easel painting and pastels.
Although it is not quite enamelled with the famous "Deck blue", which is a turquoise colour in the same tone but paler and even brighter, said to be 'electric', this vase is evidence of Lachenal's training in Théodore Deck's studio. In Deck's process, the use of a transparent glaze magnifies the modelling of the piece by shading the hollows where the glaze accumulates. The design of the vase mimics a leather sheath put over a handless recipient to make it easier to carry, in the manner of antique amphorae. The flowing lines, the small handles on the rim and the particular position of the side handles grasping the body of the vase suggest it was made in the 1900s.