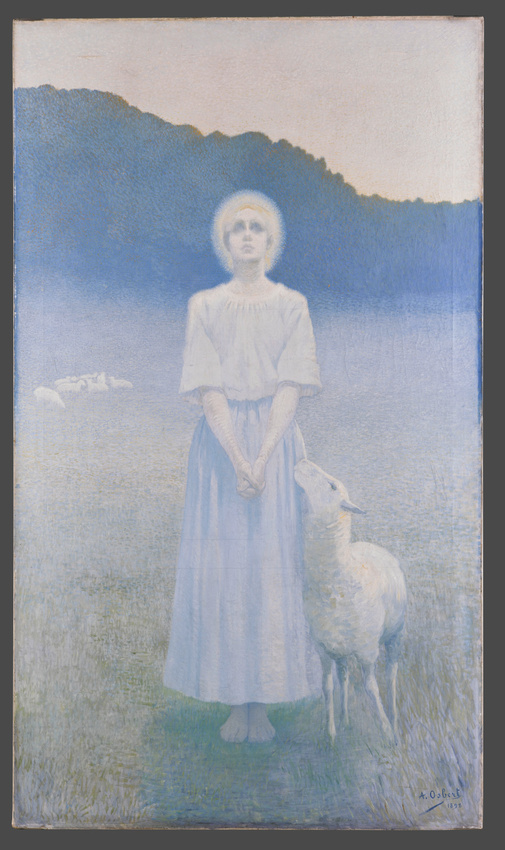 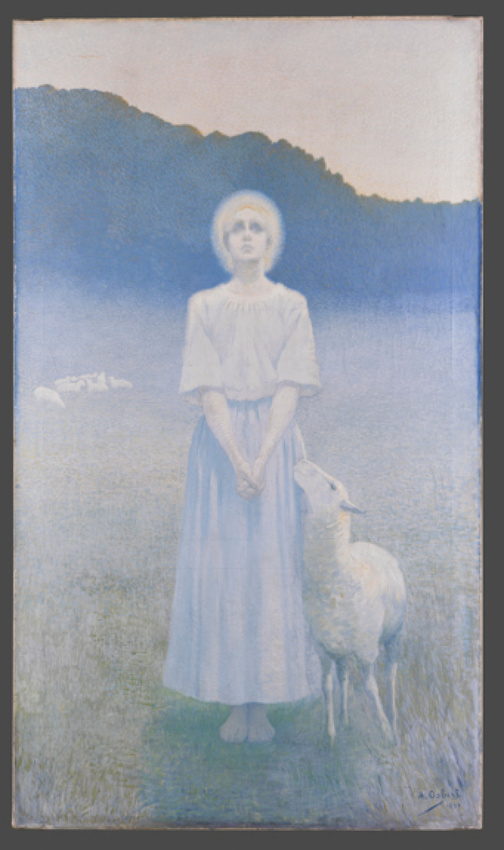 This painting was presented at the Salon of the Société Nationale des Beaux-Arts in 1892 before featuring the following year in the second Rose+Croix Salon which brought together the elite of the Symbolist artists. A later presentation of the work, in 1899, provides more information about its subject: a vision of St Genevieve, the patron saint of Paris.
Like many of Osbert's paintings, this mystical, meditative painting uses a range of blues with no attempt at realism and no desire to illustrate the saint's role in defending Paris against the Hun invasion in the mid-fifth century. Distinct in that respect from traditional history or religious paintings, this work, which drew much comment from journalists and art lovers who saw it on display, was considered to be more an illustration of a soul state. Since then, links have been established with neurological research, particularly that of Jean-Martin Charcot. It may be that the ecstatic state of the model, her rigid pose and fixed upward gaze were inspired by research into hysteria which was being carried out at the Salpétrière Hospital at the time. Reports on this research, illustrated by photographs, were widely circulated by the contemporary press.