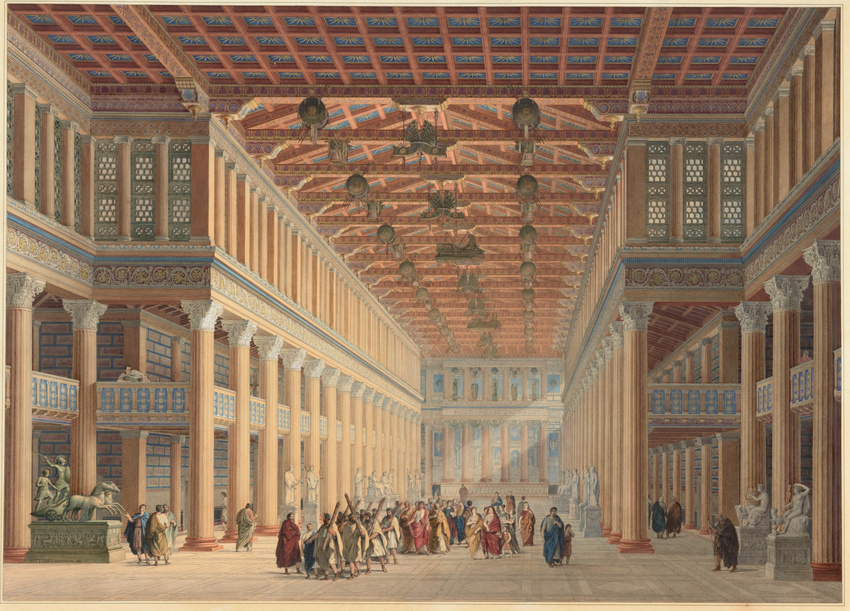 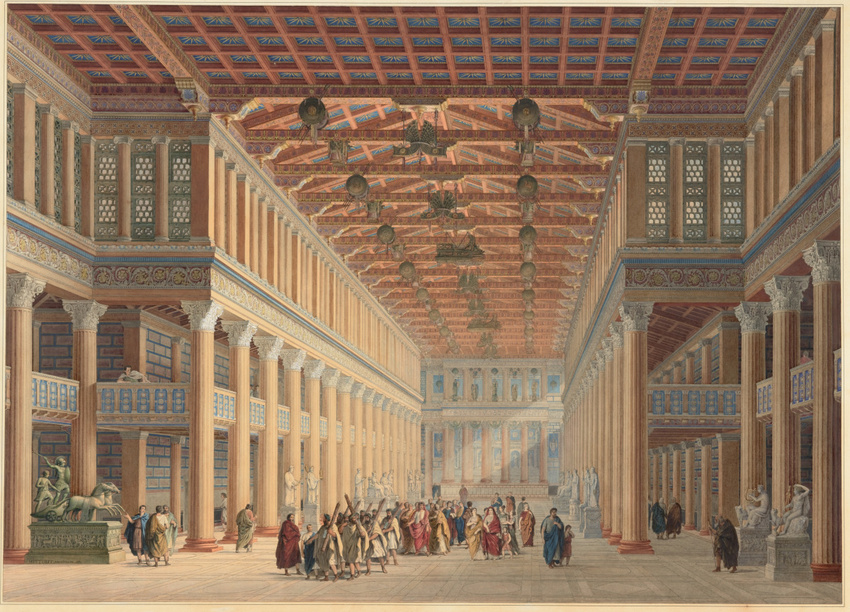 Hittorff left drawings of many archaeological reconstructions in which he vehemently defended the reconstitution of classical polychromy. In this enormous watercolour, the colours of the building are once again well interpreted, but the interest in the work is to be found elsewhere, and demonstrates a little known aspect of the architect's talent.
This time, the severity of archaeological erudition gives way entirely to the imagination. As in the capricci by Panini (1691-1765), in imaginary views of classical ruins or in the fantasy images of his friend Félix Duban (1797-1870), Hittorff here concentrates on creating an atmosphere. Better still, he becomes a painter, by placing a procession of lictors announcing the arrival of a Roman magistrate, in the centre of his basilica.
This study was probably a sort of preface to the realisation of one of his greatest works, the church of Saint-Vincent-de-Paul in Paris, which was directly inspired by Palaeochristian basilicas. Thus, Hittorff's side elevation of this "reconstructed" basilica, with its two tiers of columns and decorated ceiling, heralds that building very accurately.