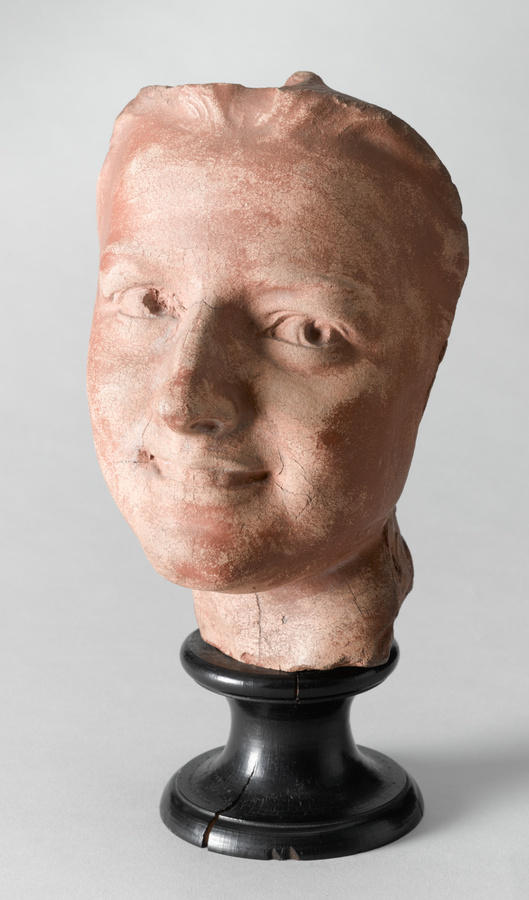 Jean-Baptiste Carpeaux was born in 1827 into a modest family in Valenciennes. He moved with his family to Paris in 1838 and attended the Petite École, a free royal school of drawing, where he met his future friend Foucart. In 1844, he passed the entrance exam to the École royale des Beaux-Arts.

In September 1854, he finally won the Prix de Rome with Hector implorant les dieux en faveur de son fils Astyanax [Hector imploring the gods in favor of his son Astyanax]. He arrived in Rome a year late in 1856 and concentrated on the Jeune pêcheur [Young Fisherman], which earned him many compliments. Soon enough his imagination was fixed on the Ugolinogroup, which he created against the advice of the Academy.

In June 1860, Carpeaux left Rome and returned to Valenciennes, where he had a brief stay with Foucart. He was particularly attached to Anna, the eldest of the four children, then sixteen years old.
In this friendly house where a room was set up for him as a studio, the sculptor modeled her portrait in a few happy posing sessions. The bust, bursting with life, was one of his first masterpieces in this genre of portraiture.

The tight, trapezoidal cutout, the deeply incised eyes, the animated pupils and deeply recessed iris, and the wide smile with clearly visible teeth, are profoundly naturalistic. The beautiful smiling face of Anna Foucart will indeed inform, more or less directly, all the work of the sculptor, becoming, slightly modified, that of Flore for the Louvre decoration.

Paul Foucart was the first to relate in 1879 the accidental genesis of a Flore/Anna Foucart mask. “When the bas-relief of Flore destined for the Tuileries was cast in clay, I was in the studio in the Faubourg Saint-Honoré. This mask of the goddess having by chance come out of the mold intact, Carpeaux made me a gift of it. I fired it later.” Intense in its freshness, this beautiful fragment, carefully isolated, restored Carpeaux's art to its most spontaneous.

The work was the possession of General Wahl, who died in 1930. His second wife, Jeanne Sée, was the sister of Armand Sée, who died in 1913, Pierre Sée's paternal grandfather. We can only thank him most warmly for his idea of donating to the Musée d’Orsay. Thanks to him and his family, a major work by Carpeaux joins the museum's already rich collection.