History of the long-term loans 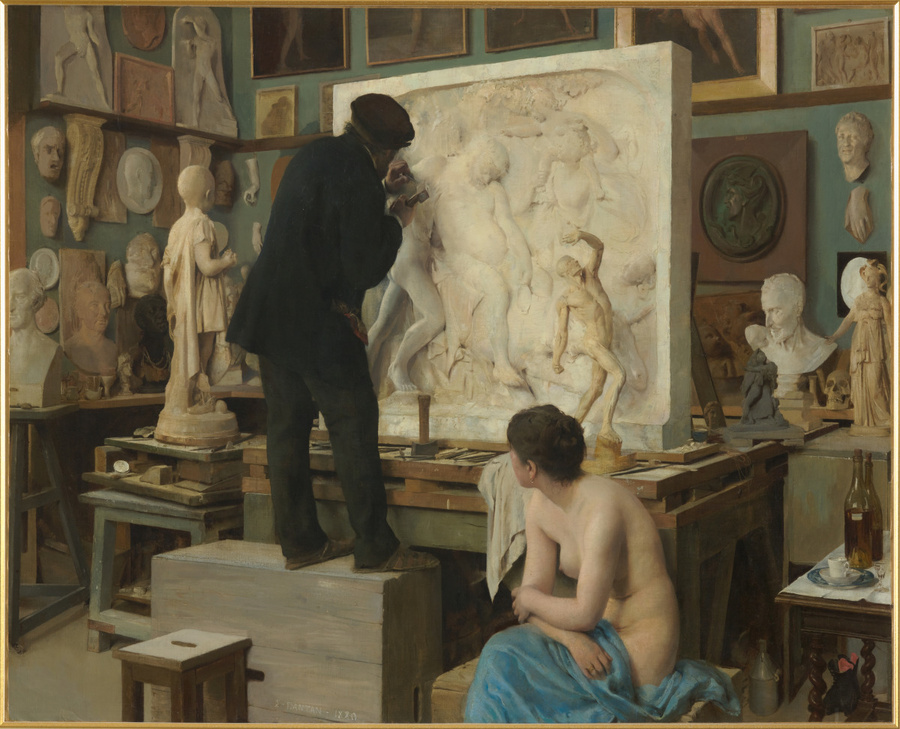 History of the long-term loans

The Musée d'Orsay has rich collections, kept either in the museum or its reserves, or in other public institutions, mainly museums. More than 5,000 works are thus on long-term loan, with the aim of exhibiting them to the public and carrying out a scientific project around them. The custodian has the use of the deposit, so it is responsible for it but is not the owner. Long-term loans may have a variable term, usually renewable every five years. The Musée d'Orsay regularly assists museums in their projects to renovate or redeploy their collections, through a dialogue on the updating of the long-term loans.

The Musée d'Orsay works on long-term loan are subject to regular inventory checks to verify their presence, condition and presentation to the public. If a work is not presented to the public or is in danger, due to poor security or conservation conditions (especially outdoors), a dialogue is initiated with the custodians to find a satisfactory solution. If necessary, the work is returned to the Musée d'Orsay. Inventory checking also makes it possible to regularly find works that were thought to be lost.

As an important issue of heritage policies, the long-term loans of national collections is a key resource for regional cultural development. For more than 200 years, the State has taken care to disseminate its heritage while regulating access to it through demanding but protective legislation in order to ensure the transmission of its works to future generations.

Since the Musée d'Orsay was partly formed from the collections of the Louvre Museum, we must go back to the end of the 18th century to understand the origins of the practice of place some artworks from the national collections on long-term loan.

The first collections of the Louvre Museum, inaugurated in 1793, consisted of nationalized works of art from church property, works of art from the Palace of Versailles, and so-called "revolutionary" seizures from emigrant nobility. Quite quickly, a few works began to be placed in cities in an episodic fashion. The Directory thus sent to the city of Toulouse a painting by François-André Vincent, Episode de la vie de Guillaume Tell [Episode in the Life of William Tell], as a reward for his support of the republican constitution during the royalist insurrection of the year VII in Toulouse.

It would take about ten years for the first text to mention the distribution of works of art on French territory and the organization of museums. In fact, the artistic goods resulting from the nationalization of church property, the confiscation of those of emigrants and the seizures made by the revolutionary armies had reached such a volume that it had become obvious that they could not be kept in their entirety in Paris.

The decree of 14 fructidor year IX (September 1801), also called the "Chaptal decree," consecrated the birth of French "provincial" museums. Jean-Antoine Chaptal (1756-1832), Bonaparte's Minister of the Interior from 1801 to 1804, submitted a decree to the Consuls for signature, deciding to distribute paintings to provincial towns. Fifteen communes were selected: Lyon, Bordeaux, Strasbourg, Brussels, Marseilles, Rouen, Nantes, Dijon, Toulouse, Geneva, Caen, Lille, Mainz, Rennes, and Nancy. As a result, 846 paintings were placed by the State in the first museums of fine art. One hundred and sixty works placed in long-term loan, or 15%, were spoils of war, proof of this desire to demonstrate through these regional shipments, the strength of the revolutionary power that had triumphed over countries hostile to France.

This highly political decision laid down the first lines of what would later become, through emulation, a veritable network encompassing the entire national territory, onto the map of France. The Revolutionary State and the Consulate provided an answer to the demand for redistributing the collections concentrated in Paris in the name of the political principle of equality. While Chaptal indicates that if "Paris must reserve for itself masterpieces in all genres," he would immediately add that a "sense of justice" demands that "the inhabitants of the départements also have a sacred part in sharing the fruit of our conquests and in the heritage of the works of French artists.”

A second wave of deposit was initiated by a regulation in 1816 under Louis XVIII. This time, however, it came at the request of local elected officials, without the need for setting a heavy-handed directive. At that time, the Louvre's curators generally sent minor works as a matter of course. To qualify these shipments, we then spoke of a "Restoration Concession", which roughly consisted of about a hundred works.

During the Second Empire, the decree of July 11, 1862, known as the Vichy decree, decided that after the collection of the Marquis Giampetro Campana had been brought together to form the Napoleon III Museum, some of this property "would remain at the disposal of the Minister of State to be conceded either to State institutions or to departmental museums."

In 1872, the reborn Republic initiated new massive long-term loans. This dispersion of 1872 was completed by a new series of long-term loans in application of the decree of 1874. All of these decisions of the executive power were only one element of the state policy for enriching regional museums in the 19th century with acquisitions made at the Salons or public commissions and state purchases from artists, widely distributed as a long-term loan.

The decree of July 24, 1910 was the first real legislation governing the long-term loan of national collections, and was based on the State's desire to exercise the controls that were lacking in museums by inspecting them. The decree is entitled "Dépôts dans les musées de province d’œuvres d’art appartenant à l’Etat (Long-term loans in Provincial Museums of Works of Art Belonging to the State)." The text regulates the conditions of long-term loan, conservation, provisional removal and final withdrawal of the placed works. A 1928 decree complements the 1910 decree, in particular on the duration of the long-term loan, which was to last for three years.

The decree of 1981 and the "Museums Act" of 2002, relating to loans from national museums set out the precise conditions of long-term loan (5-year renewable deposit), the authorized long-term loan locations, the obligations of the depositor (insurance, liability in case of theft or damage, the obligation to exhibit to the public, and the organization of the inventory check by the lender). The content of the latter laws has been included in the regulatory part of the French Heritage Code since 2011.

Since 1981, long-term loans of the national collections are only possible in the following locations:

Access to the national collections therefore remains limited mainly to museums. The legislator thus underlines the imperative of exhibiting works from national collections to the public. Moreover, this legislation also puts an end to the many cases of theft, damage or unauthorized travel observed during the inventory check campaigns in non-museum institutions.

Finally, article D. 423-18 provides a framework for works placed before 1981 in non-museum institutions. These may continue to be placed in long-term loans, provided that the works are visible to the public. For example, a work placed in the Wedding Hall may have its long-term loan extended.

During the prefiguration of the Musée d'Orsay (1978-1986), the conservation teams carried out in-depth work on the works on long-term loan, prior to their return. However, many works remain in custodian institutions. In order to take into account the strong and historical link of regional museums with long-term loans made before 1910, Law 2002-5 of January 4, 2002 relating to the Musées de France museums, arranges the transfer of ownership to local authorities of State long-term loans made before 1910.