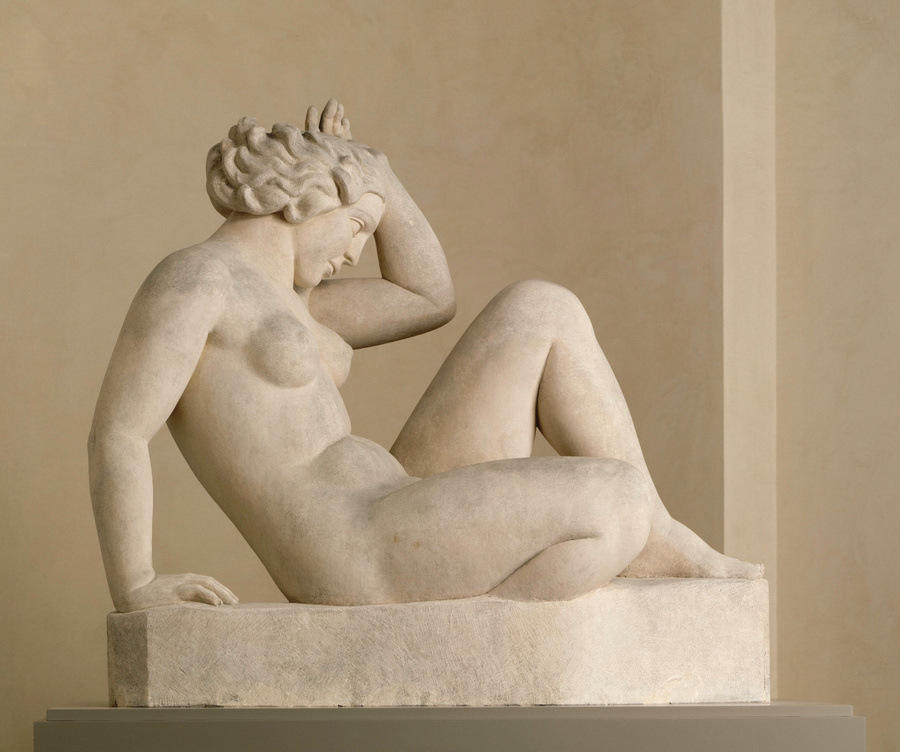 Since the Hommage à Maillol organized in 1961 at the Musée National d'Art Moderne for the centenary of his birth, no true monographic exhibition has been dedicated to Aristide Maillol at a Parisian museum. The Musée d'Orsay is finally devoting a major retrospective to him. Despite the timelessness of his work, Maillol played a crucial role in the early XXᵉ century, during the birth of modernity.

Maillol discovered sculpture late. Initially a painter, he turned to tapestry and decorative arts. Little known, this first part of his career, during which he looked to Gauguin and Puvis de Chavannes and forged close ties with the Nabis, reveals an artist eager to rediscover the principles of mural decoration.

He only discovered sculpture around 1895, initially on wood and in small  dimensions: Octave Mirbeau and Ambroise Vollard, among others, recognize its qualities. Exchanges of works with Maurice Denis, Edouard Vuillard and Rodin bear witness to the network that developed around him at the time and which was to be important throughout his career.

The meeting with Count Kessler was decisive. The exhibition presents in an unprecedented face-to-face encounter the first Mediterranean made for his patron (1905, Oskar Reinhart Foundation, Winterthur) and the second commissioned eighteen years later by the French state (Musée d'Orsay). This sculpture appears as the manifesto of the "return to order" movement, in which Maillol was a major player. Here, eschewing any search for expression, he introduced a new classicism and rendered female bodies, with their robust and sensual anatomy, in simple geometric forms.

Maillol moves with ease from the sketch to the monumental, in a continuous back and forth. The impressive Monument à Cézanne [Monument to Cézanne] forms the centerpiece of a section that invites one to dive into his creative process. The exhibition closes with a narrowed selection of major figures, the culmination of a journey in which the search for formal perfection holds an essential place.

With the generous support of

Find out more
For further