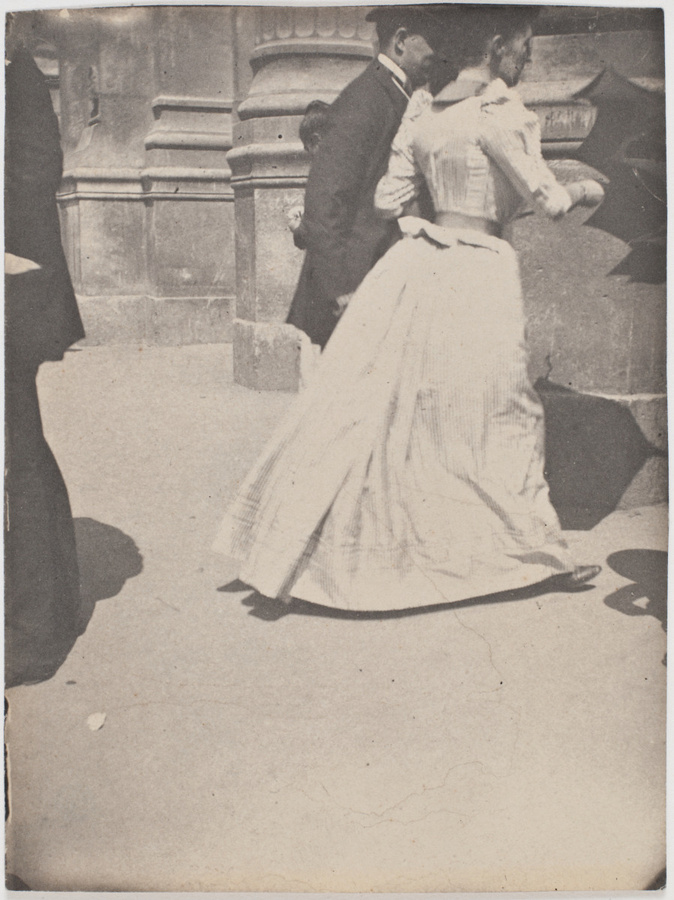 At the dawn of the twentieth century, cinema was just as much, if not more, a way of appropriating the world, bodies and representations, as it was a machine or a medium. A new eminently social and popular perspective, cinema was the product of an urban culture fascinated by the movement of people and things and eager to find a way to make “modernity” something to be seen and experienced.

Yet it did not represent a new and sudden rupture or violent revolution – minds and bodies had been largely prepared for this medium’s arrival. The first projections of “animated photographs” by the Lumière brothers in Paris in 1895 were indeed the latest in a long succession of visual devices and attractions (from panoramas to wax museums, mortuaries, aquariums and fairs) that culminated in the Exposition Universelle of 1900 in Paris. The fruit of a tradition of the circulation of images, these first films, still imperfect, were also the heirs of multiple practices, be they artistic or scientific, intellectual or popular. Many were the proposals or questions formulated by the artists of the 19th century that preceded their advent, first and foremost the fantasy of the idea of “integral realism” - which cinema extends, recycles, questions, and soon surpasses. In these, the evidence of the mobility of the world or the passage of time is questioned and analyzed through the prism of certain cultural topoi, such as the agitation of the city or the perpetual ebb and flow of the waves. In this sense, Jean-Luc Godard was right to remind us that cinema was invented by the nineteenth century.

Rather than seeking to present a chronology of inventions, the exhibition Bring on the cinema! is deliberately synchronic and thematic. It brings French film production from the years 1895-1907 into dialogue with the history of the arts, from the invention of photography to the early years of the 20th century, through a few major themes such as the fascination for the spectacle of the city, the wish to record the rhythms of nature, the desire to test and exhibit bodies, the dream of a reality “augmented” by the return of color, sound, and depth, or by immersion, and finally the taste for history. This ended around 1906-1907, when the duration of films became longer, screenings became more sedentary in theaters, and the discourses around these practices became institutionalized. That was when cinematography became the cinema, both a place and a mass leisure activity.

This exhibition was organized with the Los Angeles County Museum of Art at LACMA from February 20 to July 10, 2022.