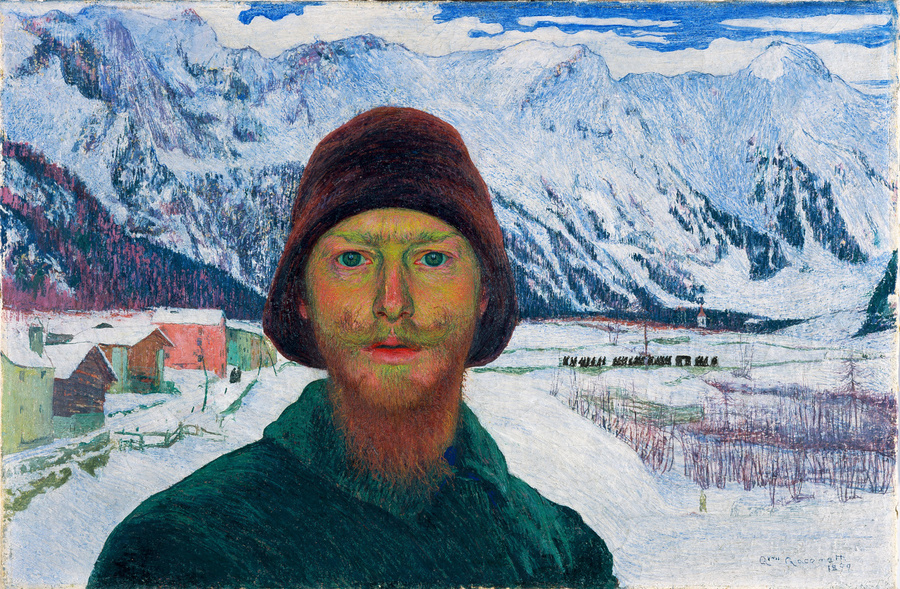 At the end of the 19th century, the artistic scene in Switzerland was full of vitality. In the late 1890s, a generation of painters became established and radically renewed the art of their time. These included Cuno Amiet, Giovanni and Augusto Giacometti, Felix Vallotton, Ernest Bieler and Max Buri. Trained in France, Germany or in Italy, and in touch with European avant-garde movements, they explored the expressive, symbolic and decorative power of line and colour, while favoring subjects inspired by a history and national culture of Switzerland that was just being invented, and against the background of the young federal state created in 1848.

These painters and this productive moment for art in Europe are little known outside Switzerland. The only previous exhibitions in France devoted to the Swiss painting scene were in 1934 and 1960, and then, more recently, two ambitious retrospectives: for Ferdinand Hodler (in 2007 at the musée d’Orsay) and Félix Vallotton (in 2014, at the Galeries nationales du Grand Palais). However, painters like Paul Gauguin and van Gogh, and locations like Paris and Pont-Aven, were determining influences for leading artists of the period such as Cuno Amiet.

This exhibition is part of a program reflecting the artistic profusion that typifies this transitional moment in the birth of Modernity from the second half of the 19th to the beginning of the 20th century. It aims above all to give an insight into artworks that have never been shown in France. It will bring together around 70 masterpieces of the period, mainly from Swiss public and private collections. It will present the great figures and milestones in the development of the avant-garde movements, open to major European movements and yet deeply rooted in a Swiss cultural and intellectual landscape. Rather than an exhaustive overview, the exhibition will invite the visitor to discover artistic figures as yet unknown in France, and to take delight in exceptional paintings.

The exhibition will comprise ten sections, alternating monographic approaches with creating dialogues between painters. The exhibition catalogue will re-establish the development of Swiss painting in the 1900s in its historical context, and will highlight its protagonists along with the collectors, art critics, mediators and art dealers.