Maurice Denis (1870-1943) was approached by the art dealer Ambroise Vollard, who was keen to publish an album of prints by the painter. Denis used his Amours de Marthe as a source of inspiration. These were private notes he wrote in his diary in 1891 when he started courting his future wife, Marthe Meunier (1871-1919).

Denis went further than creating simple illustrations: he sought to interpret the wonder and emotion of the early days of love into equivalent forms. The young woman he chose to entrust his heart to became the central subject of the series.

He depicted her in private and familiar scenes, sometimes allegorical, all reflections of his love for her. Denis essentially looked to the motifs of his paintings from the beginning of the 1890s to craft this ode to images.
The long creation process that came to an end in early 1899 resulted in many preparatory drawings, with a prominence of pastels, the pale colours of which are echoed in certain lithographs.

Amour is the synthetis and outcome of the plastic investigation the artist started at the Académie Julian. It somewhat brought the painter’s Nabi period to a close. Two portraits of Marthe, painted in 1891, one in oils, the other in pastels, are presented as an echo to the lithographs in this installation. 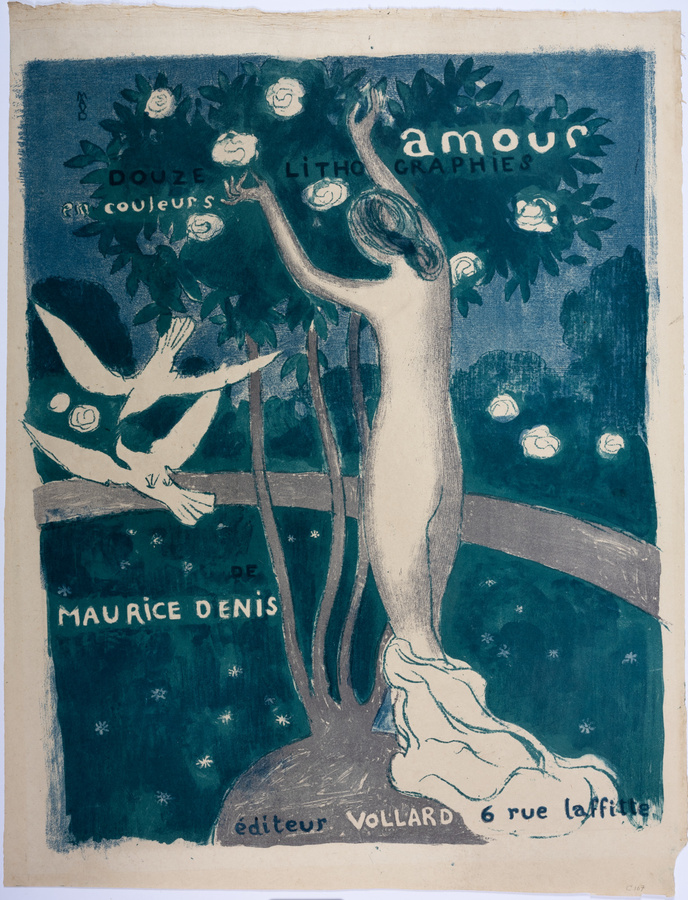 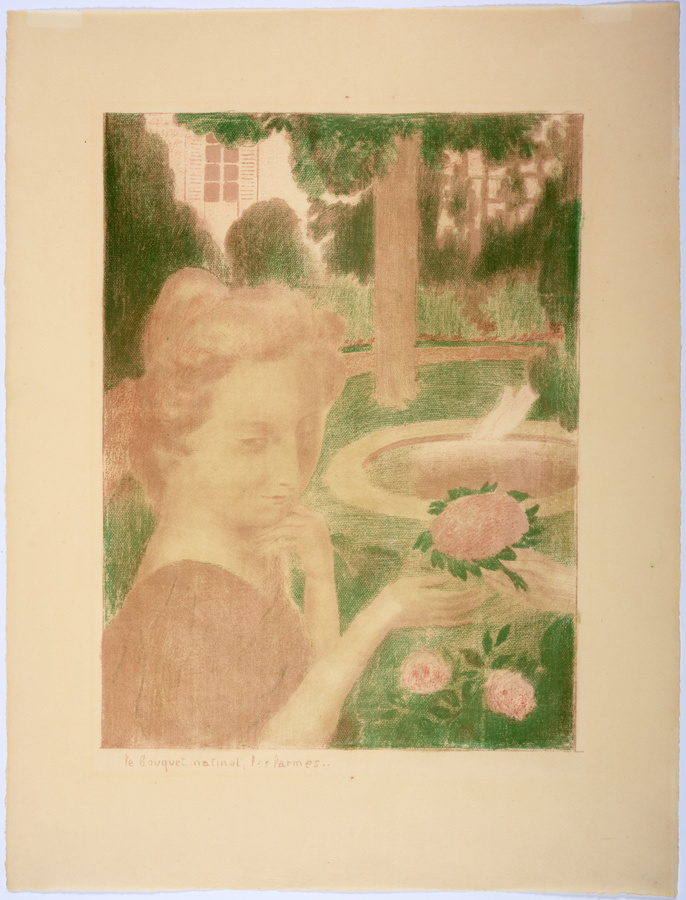