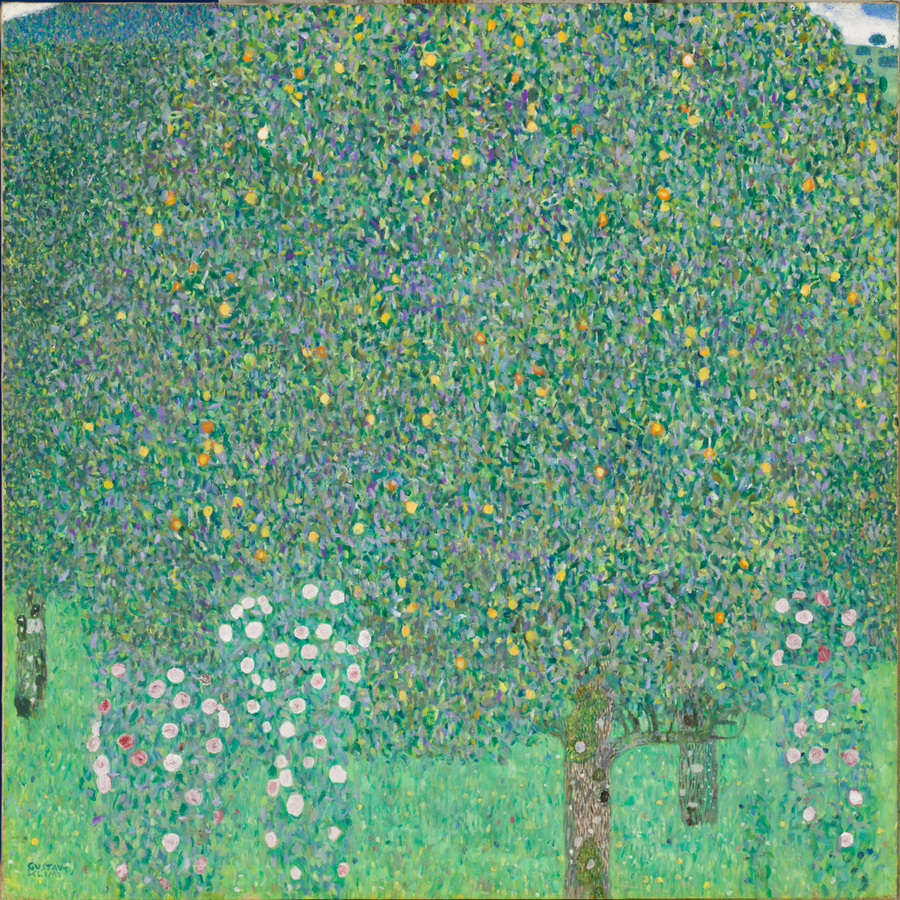 Restitution to the rights holders of Nora Stiasny

France’s Culture Minister, Roselyne Bachelot-Narquin, has announced the launch of the procedure for the restitution of Gustav Klimt's painting Rosiers sous les Arbres [Rose Bushes Under the Trees], held at the Musée d'Orsay (inv. RF 1980-195), to the heirs of Nora Stiasny (1898-1942), who was forced to sell it under duress in Vienna in August 1938. This decision was taken following extensive work by the Musée d'Orsay, which, under the impetus of its president Laurence des Cars, played a major role in this unprecedented undertaking.

A few months after the Nazis’ Anschluss (annexation) of Austria, Nora Stiasny, niece of the great collectors Viktor and Paula Zuckerkandl, was forced to sell a painting by Klimt, then entitled Pommier [Apple Tree], for a sum far below the market price. Nora Stiasny, from a Jewish family, was later deported and murdered in 1942 with her mother, as were her husband and son the same year.

In the late 1990s, a request for restitution to the Belvedere Gallery, the Austrian National Museum of Modern Art, was made by the heirs of Nora Stiasny, which led to the restitution in 2001 of the painting, Pommier II [Apple Tree II] by Gustav Klimt. However, in July 2017, the Austrian authorities in charge of heritage provenance research concluded that there had been an error on the returned work.

Further joint research by the Musée d'Orsay, the French Ministry of Culture, the Belvedere Gallery and representatives of Nora Stiasny's heirs confirmed that the Klimt painting looted from Nora Stiasny in fact corresponds to the painting Rosiers sous les Arbres [Rose Bushes Under the Trees] in the Musée d'Orsay.

This painting entered the French national collections in 1980 as part of the prefiguration of the Musée d’Orsay, and was acquired on the art market. As with all acquisitions made by the State, it was submitted for approval to the French Artistic Council of the National Museums, which made its decision on the basis of the information available at the time concerning the work and its history in particular.

The complexity of this case is a reminder of the importance of provenance research and the need to clarify the path of the works between 1933 and 1945, in order to ensure that the cultural property now held in public collections was not the object of anti-Semitic looting during this period. In 2019, the French Ministry of Culture thus created a mission dedicated to researching cultural property looted between 1933 and 1945, in order to expand the efforts made over more than twenty years. The public establishment of the Musée d'Orsay and Musée de l’Orangerie, like other national museums, is engaged in this in-depth work on the provenance of the works it holds.

The restitution announced today cannot, be implemented immediately, due to current legal provisions. Unlike works listed in the "Musées Nationaux Récupération" inventories, which do not belong to the national collections and which can therefore be returned if they have been looted, works that have been incorporated into public collections through a voluntary act of acquisition, whether in return for payment or free of charge, are part of the public domain of movable property protected by the legislative principles of imprescriptibility and inalienability.

In order to make the restitution of Rosiers sous les Arbres [Rose Bushes Under the Trees] to Nora Stiasny's heirs effective, the Government will introduce a bill as soon as possible to authorize the removal of the work from the national collections, on the basis of the looting that occurred in 1938.

Restitution to the rights holders of Moïse Levi de Benzion

On December 22, 2021, the State returned four works of art stolen in November 1940 by the Nazi art looting organization, the Einsatzstab Reichsleiter Rosenberg, to the rights holders of Moïse Levi of Benzion.
This set consists of four graphic works from the 19th century, the first three of which were placed under the custodianship of the Louvre Museum, and the fourth, a watercolor by Jules-Jacques Veyrassat entitled Marée basse à Grandcamp [Low Tide at Grandcamp], under that of the Musée d'Orsay.

Restitution to the rights holders of Marguerite Stern

On October 29, 2020, a drawing by Ernest Meissonier, Joueurs d’échecs [Chess Players], was returned to the rights holders of Marguerite Stern, from whom it was stolen during the Occupation in Paris.

Restitution to the heirs of Gaston Lévy

On July 26, 2018, the State returned two paintings, La corne d’or, matin [The Golden Horn, Morning], by Paul Signac and Gelée blanche, jeune paysanne faisant du feu [Hoar Frost, Peasant Girl Making a Fire], by Camille Pissarro, to the heirs of Gaston Lévy.
These two paintings had been stolen during the last war by the Occupation forces, and then returned to France in 1947 before disappearing. They had been seized by French Customs in 2000 and given to the Musée d'Orsay. The combined efforts of the Diplomatic Archives, the Service des Musées de France, the Musée d'Orsay, and Agnès Sevestre-Barbé, counsel and representative of the heirs of Gaston Lévy, have made it possible to establish the provenance of these works in Lévy’s collection.