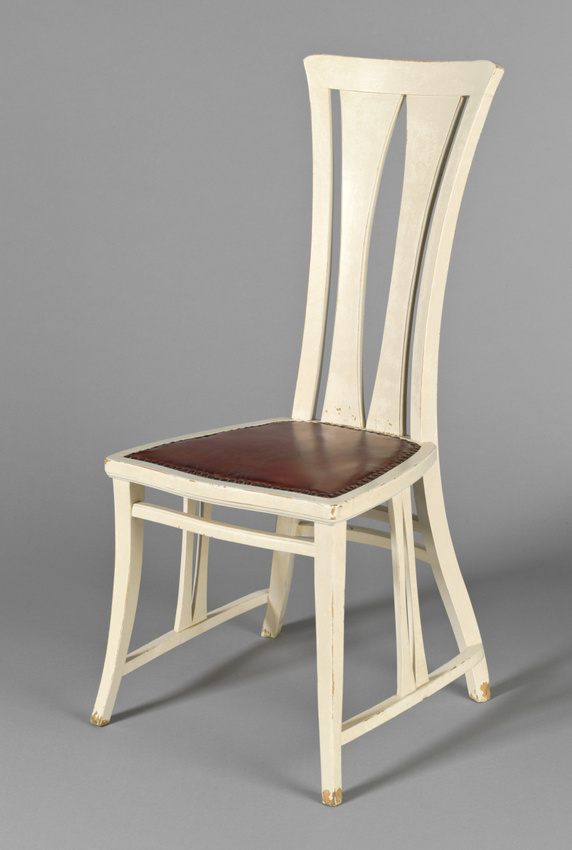 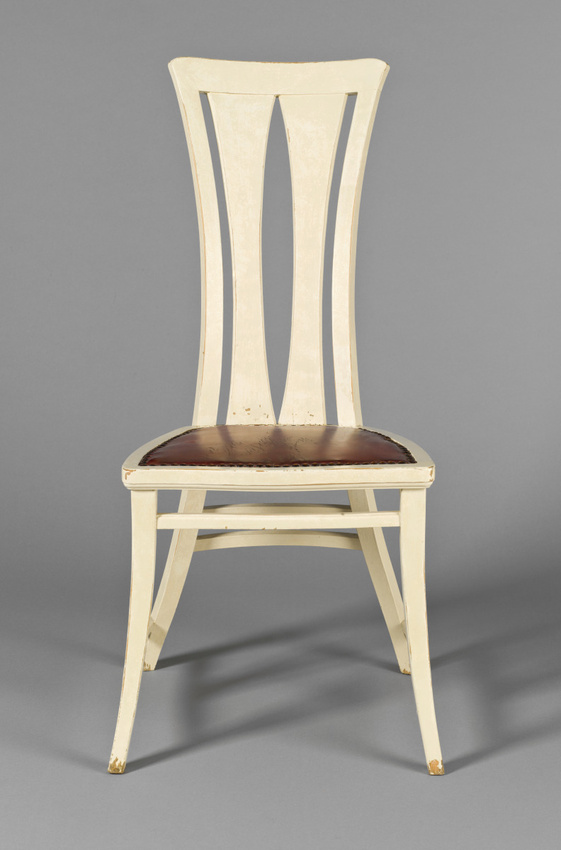 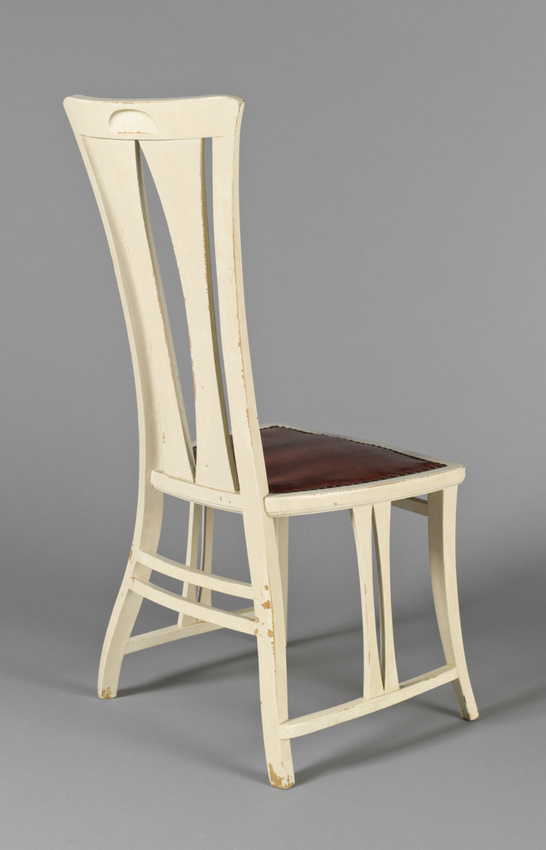 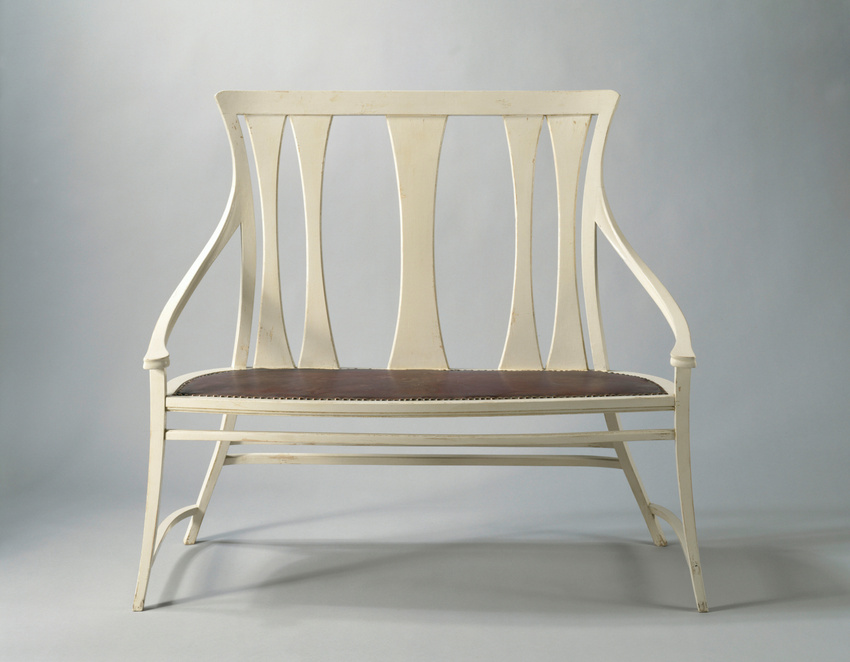 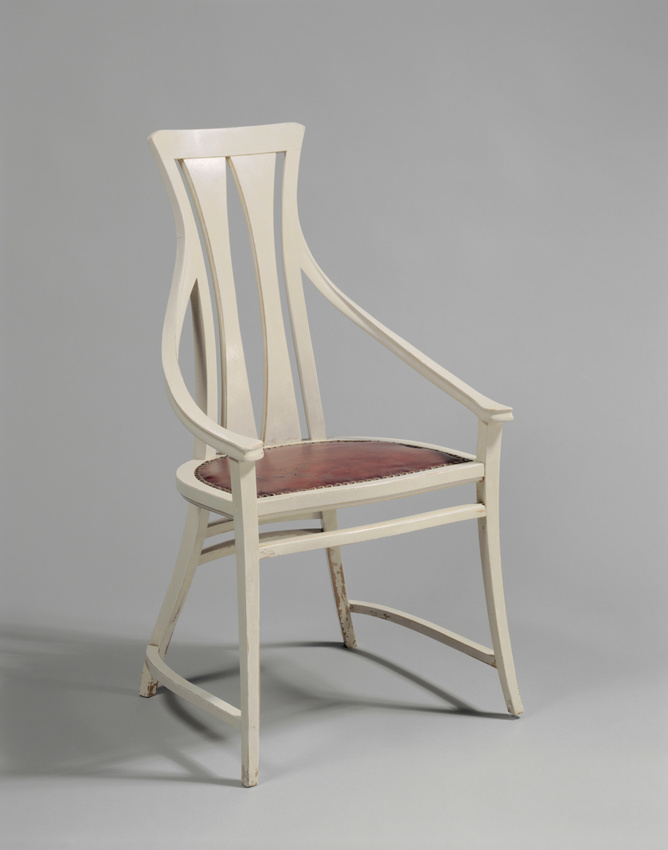 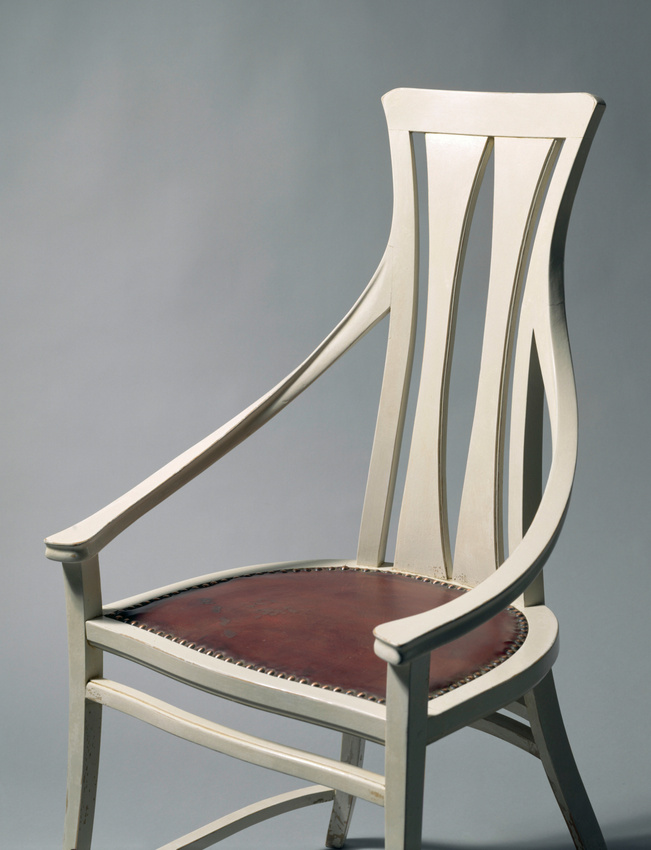 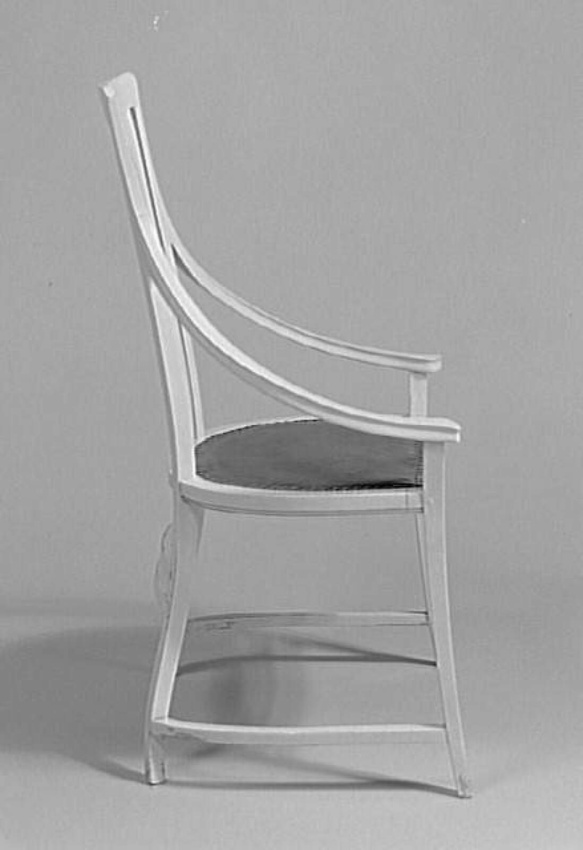 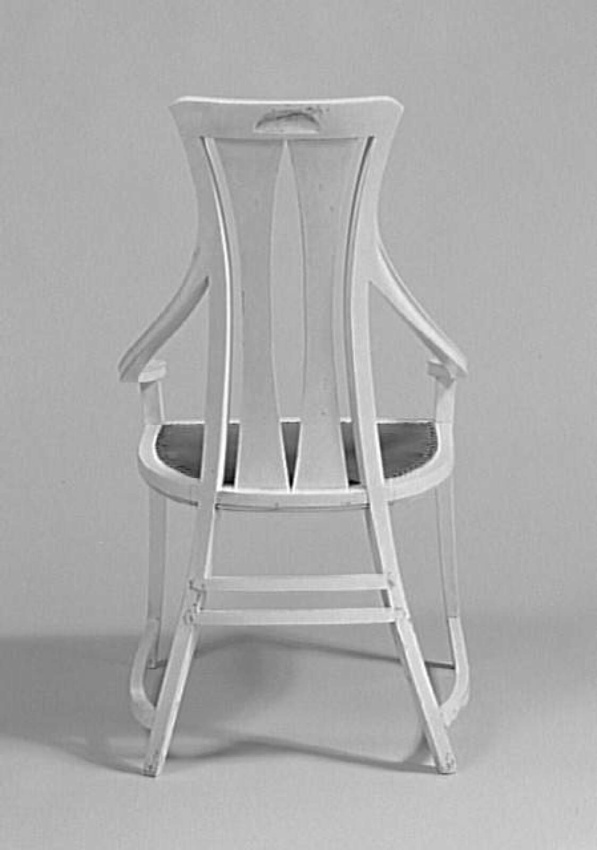 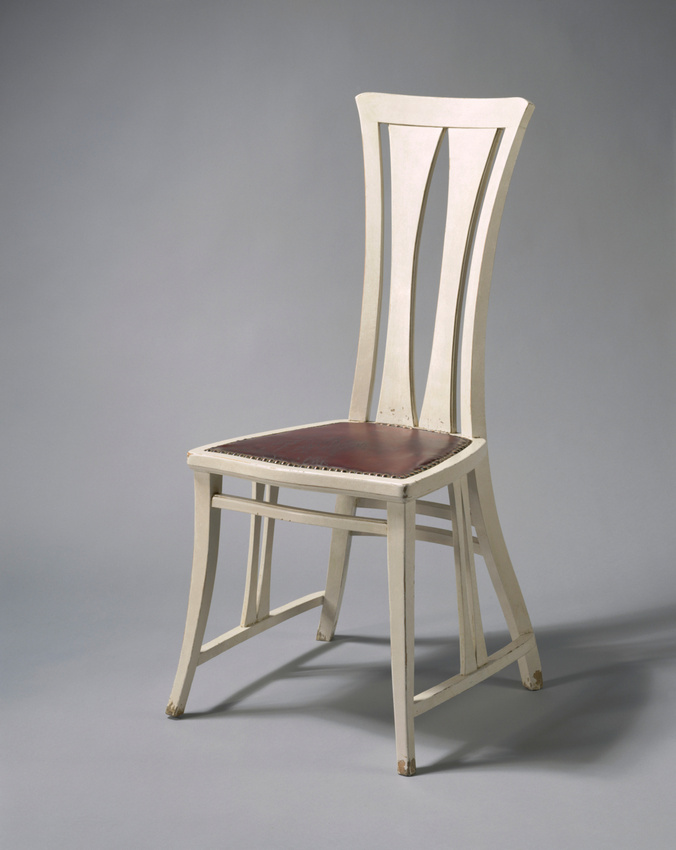 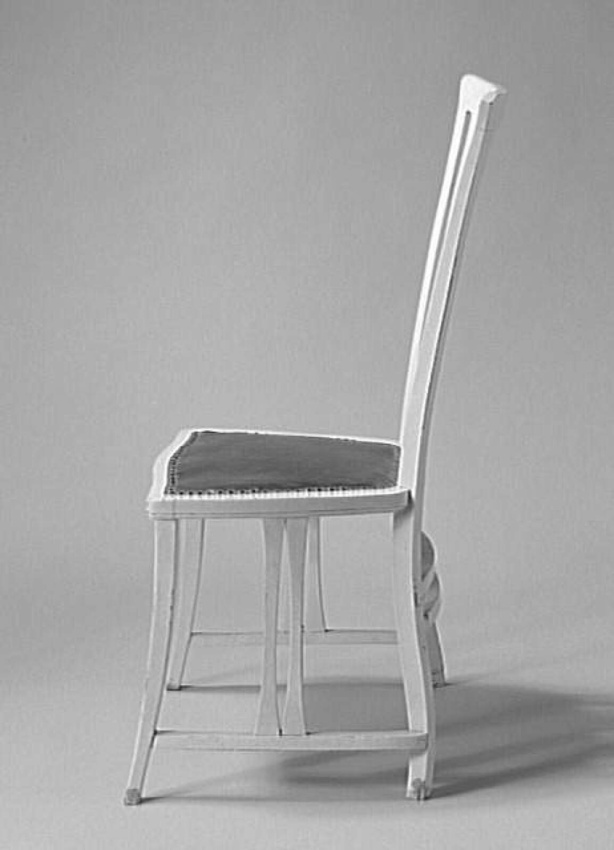 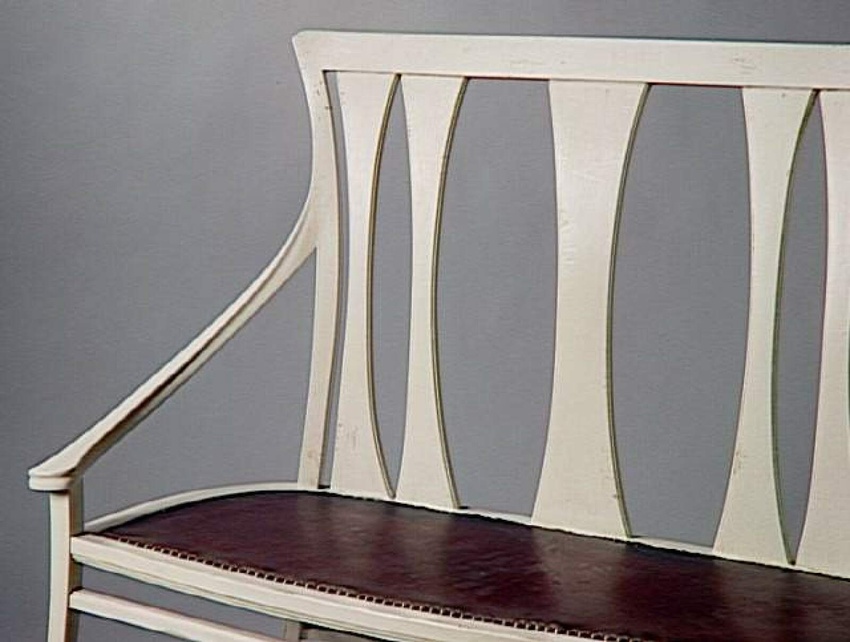 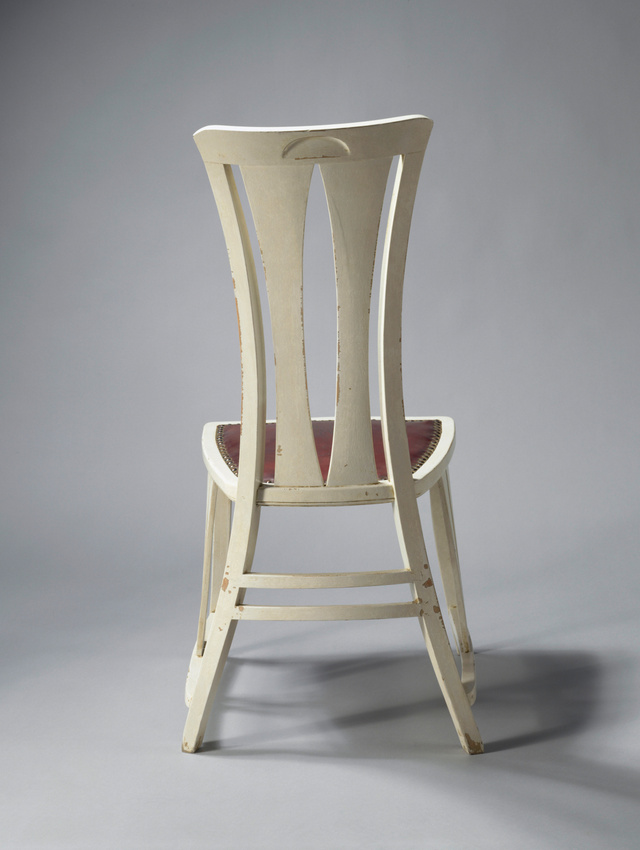 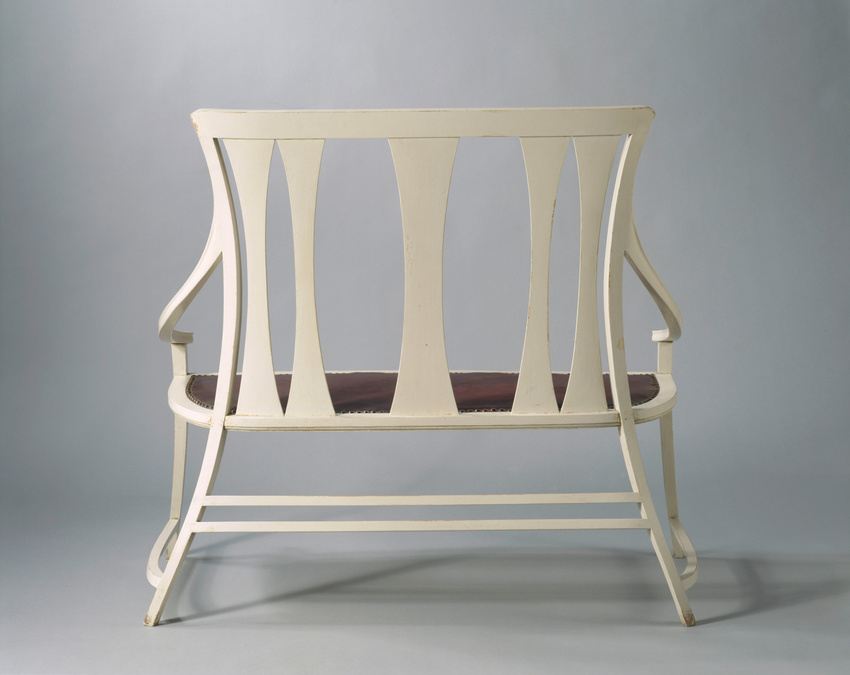 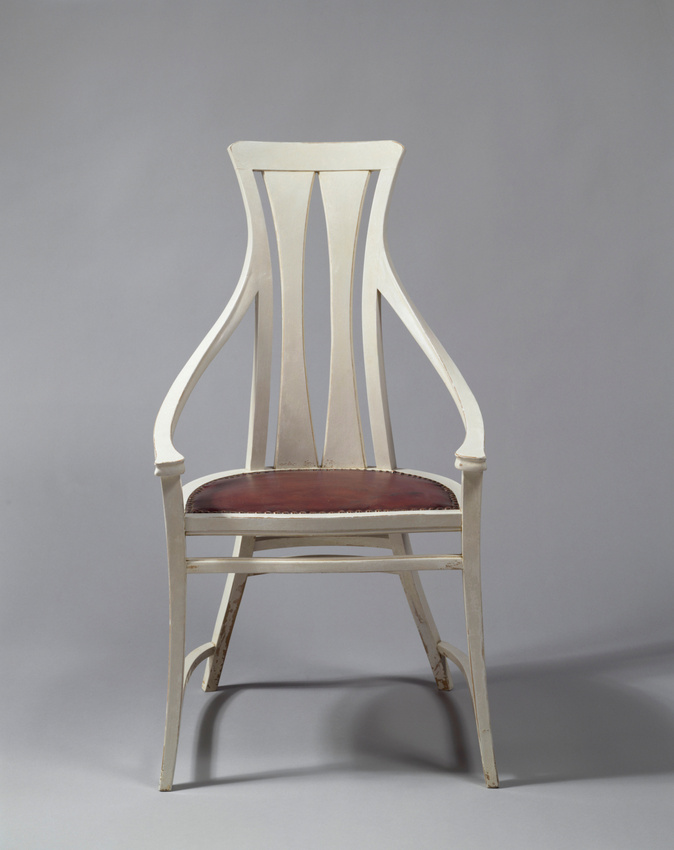 One of Queen Victoria's grandsons, Ernst Ludwig, the Grand Duke of Hesse, decided to make the little town of Darmstadt in Germany into a regional capital. In 1898 he asked a well-known Viennese architect, Joseph Maria Olbrich, to establish an artists’ colony in a sector which was to become the prototype of a new housing concept.
Seven houses were opened in 1901; six built by Olbrich, the seventh by Peter Behrens, a promising talent virtually unknown at the time, who had trained as a painter and recently turned to the decorative arts. Similar principles were used for all these houses: large open windows, floods of light, a predominance of white, supple line for everything from the furniture to the crockery. The furniture included these three prototype chairs for the dining room; the full set of nine pieces – a bench, four armchairs for the ladies, four chairs for the gentlemen – was made for the house in which Behrens himself lived.
The framework is painted poplar, the upholstery red leather. These seats, with their splayed feet, gracefully curved armrests and openwork backrests are remarkable for their elegant restraint.