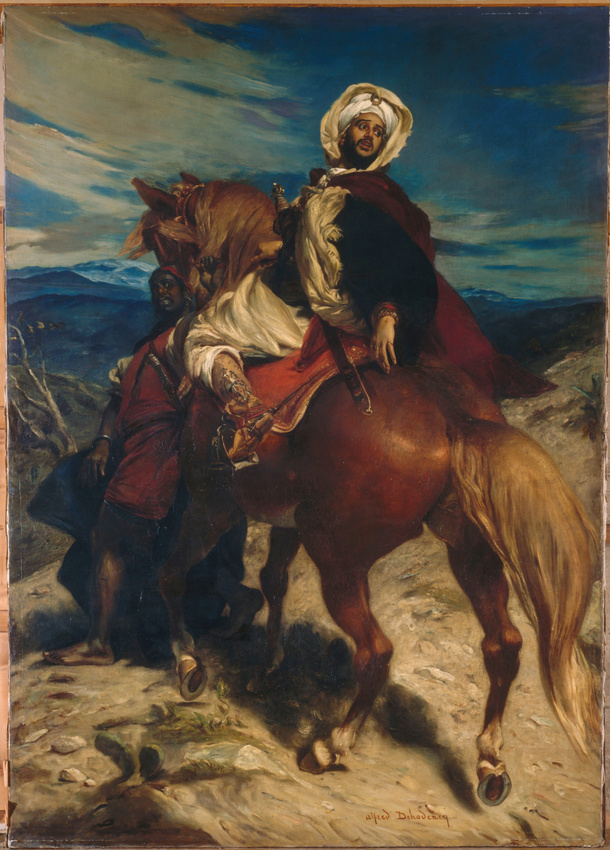 In the late 1840s, Dehodencq visited Spain then Morocco. More often than not, these trips inspired him to produce picturesque or orientalist scenes.
For this rare historical portrait, the artist represents an episode in the life of the last Emir of the Nasrid dynasty, Boabdil (Mohammed XII of Granada).
Sent into exile after Granada was taken by the Catholic kings in 1492, the sovereign returned for one last time to his city and wept.
The slightly high-angled viewpoint and Boabdil’s backward movement, in contrast to that of his horse and his groom, make the composition particularly alive and spectacular.